Hussaini Brahmins: The Hindus Who Fought For Imam Hussain in War Of Karbala 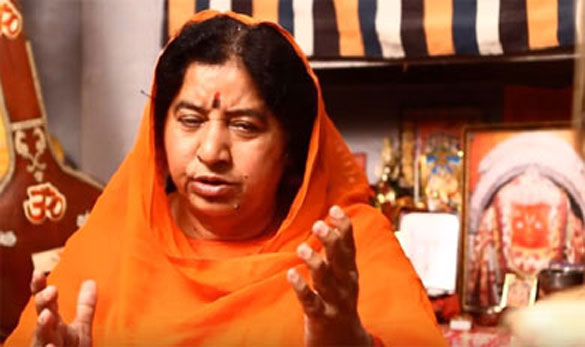 The term ‘Hussaini Brahmins’ comes as a surprise for the majority of readers. It is perceived as if two contradicting words are aligned together. However, its definition is a source of inspiration for those who believe in plurality, unity and diversity. At a time when communal animosity is escalating between Hindus and Muslims, one should reminisce the valour shown by Brahmins residing in North-West frontier (now Pakistan) by joining the martyrdom of the revered Islamic figure.

Who are Hussaini Brahmins?

Rahab Singh Dutt, an upper-caste Hindu belonging to Mohyal community traveled all the way to Iran, along with his sons to join Imam Hussain, the grandson of Prophet Muhammad in the war of Karbala. The famous battle was fought against caliph Yazeed, who had turned corrupt and spread a cruel rule in the region of al-sham (the area which is now demarcated as Iraq, Iran and Syria). Since the grandson of prophet took objection to his unjust methods, Yazeed launched a war against him.

Imam Hussain, who was left with a few number of supporters in the region of Central Arab (now Medina, Oman and Yemen) wrote a number of letters to neighbouring tribes and regions which had maintained good relations with Prophet Muhammad. One such letter reached the Brahmins of North-West frontier.

The war of Karbala began in 680 AD. Rahab Singh Dutt joined the losing battalion of Hussain. Dutt did not die in the battle, but his seven sons who accompanied him lost their lives shortly after the beheading of Imam Hussain. After the battle, he met Hussain’s sister, Zainab and narrated his story.

According to Vipin Mohan Jhingran, who claims to be a Hussaini Brahmin, Zainab was moved to tears after confronting Dutt. ”The family of Prophet Muhammad told our ancestor Rahab Singh Dutt that from now you are not just Brahmins, but ‘Hussaini’ Brahmins,” said Jhingran.

Where Are The Hussaini Brahmins Now?

The Hussaini Brahmins thrived in the regions of Pakistan in the pre-independence era. The community members are identified with surnames such as Mohan, Bali, Chibber, Dutt, Bakshi, Lav, Bimwal and Jhingran. After the partition, they migrated to India and settled in various parts of the nation.

However, despite their contributions in the redefining era of Islamic history, a number of Muslims in India and Pakistan fail to acknowledge them. They refrain from believing the narrative of the Mohyal community alleging that no Islamic author has claimed the same. However, Shia cleric based in Lahore, Maulana Hasan Zafar Naqvi, validates the fact that Mohyals had participated in the war of Karbala since they had good relations with Caliph Ali, the father of Imam Hussain.

Despite sharing a rich and varied history, the Hussaini Brahmins have somehow turned into a lost community and have remotely made their socio-religious presence felt. Amid situations where a Tajya procession in Muharram can cause a communal riot, both the communities should recall the martyrdom of Imam Hussain and sacrifice made up by Mohyals to safeguard his honour.