World Is A Multi-Religious Society: Laws Must Be Enacted To Outlaw Abuse Of Religious 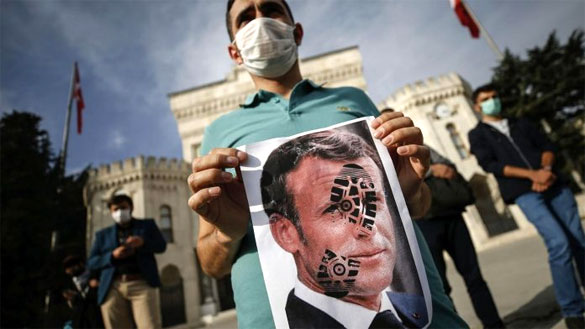 French President Emmanuel Macron declared that free speech includes the right to offend religion!  Can the President’s declaration about the  free speech be applied to scepticism of “Holocaust”?  When it is prohibited to deny or distort the Holocaust in deference to the Jewish community’s sentiments, why then the same rule cannot be applied for Muslims.

Islamic belief and its icons are as sacred to Muslims as the Holocaust history to the Jews.  When there is an universal agreement that any denial or distortion in the occurrence of Holocaust or doubting the numbers of its victims shall be treated as an offence to be prosecuted.  This is to respect the feelings of the Jewish community. Now the question arises: why cant the same rule is applied in case of Muslims to respect their feelings?  Why there is a concerted campaign to offend the feelings of the Muslims and demonize them in the Media as Terrorists?

There are ample examples when a slight scepticism in the figures of the Holocaust attracted severe reaction from the Jewish community which resulted in finishing off the  business or the career prospects of the sceptics. Almost all the Western countries including France have enacted laws against the anti-Semitism or the denial of the Holocaust. 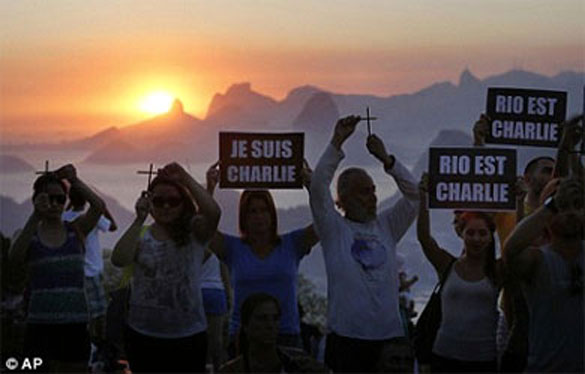 Charlie Hebdo published anti-Islam pictures in January 2015 which caused an uproar in the Muslim world and an attack on its staff which lead to the death of twelve of its staff members. Charlie Hebdo was at it again and republish the derogatory cartoons on 1st September, 2020 which unfortunately but predictably lead to fresh cases of deaths and violence.

President Macron without taking into account Muslim sensitivities affirmed support to the satirical magazine ostensibly in the name of upholding the right to free speech.  As a head of the state which has about 9% Muslims population  largest in any European state  he must have tackled the sensitive issue more tactfully to respect the religious feelings of his countrys largest minority and about 1.8 Billion Muslims around the world.  To make the matters worse, he allowed the controversial cartoons to be displayed onto the French Town hall and other French cities buildings.

As expected, these events lead to an outcry in the Muslim world and a call was made by a head of a state and by general Muslim population around the world to boycott French goods.  The boycott per se may not harm the French state in financial terms as much as it would in terms of its reputation and diplomatic relations with the Arab and Muslim countries.

The unfortunate stray incidents of stabbing and killing by individuals were dubbed as Terrorism to demonize the whole community.  It is pertinent to note that the vested interests’ carefully contrived narrative of terrorism exclusively reserved for Muslims!  There are innumerable cases of mass shooting and killing committed by the non Muslim white Americans in the Las Vegas and other American cities.  There was murderous attack on Christchurch mosque by a white supremacist who killed 51 Muslims while they were praying in a mosque.  But these perpetrators were always described as mentally unstable and other such descriptions except terrorism.

Sri Lankan Tamilians  who committed bombing and mass killing were described as seperatists, Leftists group who were regularly bombing and killing security forces in India were described as Maoists, Hindu groups who were accused and arrested in terror cases were even described by some Media as Nationalists!  So is the case with dozens of Non Muslim groups who were resorted to bombings and killings.  But none were ever described as terrorists!  This clearly shows the Western Medias clever ploy to reserve the charge of terrorism exclusively for Muslims to demonize them and to vindicate the oft repeated saying that not every Muslim is a terrorist but every terrorist is a Muslim!

Why the Christian owners of the Charlie Hebdo Magazine are obsessed in publishing controversial cartoons?  Its not only the Muslims who showed the anger to the cartoons, there would have been the same reactions from any other religious group such as Jews, Hindus, Buddhist and others if their religious feelings were offended in this manner.

Macron had pledged last year to takes measures including  legislation to combat online hate speech to tackle anti-Semitism which include denial of Holocaust.  This was a good measure to respect the feeling of Jewish community.  Here he rightly justifies that the right to freedom of speech cannot be absolute and unfettered in promoting hatred against a community.  But the question which is upper in the minds of the Muslims is: Why Macron is not applying the same rule to curtail Islamophobia in his country now as he did in case of Jews? Is he not practicing a double standard?  His double standard in dealing Muslims differently raises questions about his mala  fide intentions.  It is not in keeping with the stature of his office to betray such an outright bias against a whole religious community.

France produced some great statesmen Presidents in the past such as Charles de Gaulle, Georges Pompidou, Valery Giscard Destaing, Francois Mitterrand and Jacques Chirac who were great political leaders and were known for their statesmanship and sagacity. Due to such greats leaders, France was known always for its farsightedness and balance policies.  But unfortunately the same thing cannot be said about this young inexperience leader of France today.  Hope the President Macron realizes how important it is for him to be a true statesman in not allowing the dubious groups to disturb peace in the name of so-called freedom of speech.  The unexpected reactions of the Muslims around the world and their boycott of the French goods will sooner or later overwhelm Macron and will make him realize his folly in antagonizing one fourth of the Worlds total population.

The world has become a multi-linguistic and multi-religious society.  It is imperative for the heads of the states to lead their people like the foresighted statesmen in order to maintain world peace and harmony and do not allow some mischievous groups to offend sentiments of a whole religious community in the name of free speech.

Original Headline: Right to offend can’t be an unalienable part to free speech