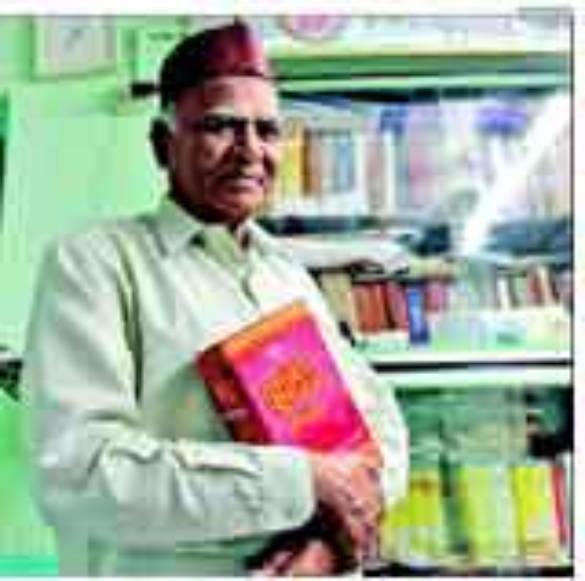 They quote the Quran and deliver lectures on the Vedas. Slokas trip off their tongue as easily as verses from the hadith. Meet the small but growing number of Muslim pundits

While Muslims consult him with queries on fatwas, Hindus seek him out to deliver discourses on the Vedas. He is Pandit Mufti Mohammed Sarwar Farooqui of Lucknow’ s massive Nadwatul Ulema or Nadwa madrassa.The bearded pandit-mufti quotes the Quran and hadith (Prophet Mohammeds sayings ) with as much felicity as he does shlokas from the Puranas.

In Mumbai, Pandit Ghulam Dastagir Birajdar juggles many hats. He is general secretary of the Varanasi-based Vishwa Sanskrit Pratishthan, member of the Maharashtra government’s Sanskrit Standing Committee, a body that oversees Sanskrit education in the state, and head of Sufi saint Syed Ahmed Badwis centuries-old dargah near his house in Worli.

Farooqui and Birajdar are among the handful of Muslim pandits in the country who have not only mastered Sanskrit but are also actively taking the language forward. For these scholars, two religions and cultures sit comfortably in one soul.

Farooqui, who is a specialist in fatwas and holds a post-graduate degree in Sanskrit from Sampurnand University, credits his love for Sanskrit to a Quranic command that says one should learn as many languages as one can. To him, Islam’s concept of monotheism is a reiteration of the Vedic principle aika brahma dutia nasti (God is one and there is none except Him ). Even Prophet Mohammed once said he felt soothing breezes coming from India. This belief led me to explore the exciting world of Hindu scriptures, says 41-year-old Farooqui who has written several books, including commentaries on the Quran in Hindi.

Birajdar too is considered a walking encyclopaedia on Sanskrit. Muslims are learning Sanskrit as it houses vast knowledge, he says. For far too long, the Brahmins held Sanskrit captive. They spread the lie that the language would be ruined if non-Brahmins learnt it, says 75-year-old Birajdar, seated in his book-lined house where volumes of the Vedas share shelf space with the Quran and its commentaries. 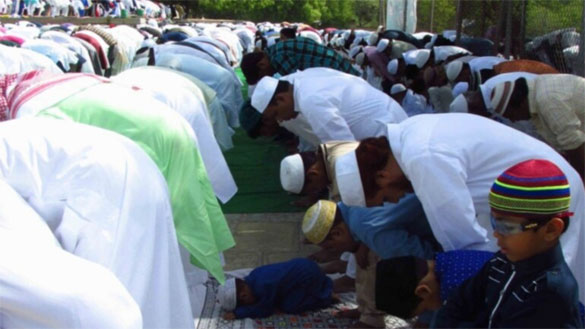 As a child labourer in Solapur in Maharashtra, Birajdar worked in the fields by day and went to school at night.He fell in love with the language when he was nine, mesmerised by the sound of children chanting Sanskrit lessons. One day, I asked the Brahmin teacher if I too could study. Though it was a pathshala exclusively for Brahmin boys, the teacher relaxed the rules. Years later, the Brahmin teacher would proudly introduce Birajdar as his most accomplished pupil.

Some Hindus even ask Birajdar to solemnise marriages, preside over pujas and help perform last rites. I decline such offers since they are purely religious. Instead, I have trained many Hindus to perform such rituals, he says.

Recently, Farooqui addressed a massive Hindu gathering at Ghazipur. Many in the audience thought the organisers had invited the wrong speaker. They were amazed when I spoke on Hinduism, he says, smiling.

Academics say that Muslims are learning Sanskrit in an attempt to understand India’s glorious past. Ramnath Jha, head of the Sanskrit department at Delhi’s Jawaharlal Nehru University, says,”There were Muslim scholars among those who supported the proposal to make Sanskrit Indias official language after Independence. Unfortunately, Hindi won the race. But Sanskrit is the mother of all Indian languages and it’s not surprising that many Muslims are learning it. Dr Jha adds that he has at least one Muslim research scholar in his department at any time.”

And who’s producing the maximum number of Muslim scholars in Sanskrit? Aligarh Muslim University. AMU has produced 20 PhDs and 12 M Phils so far, says Dr Khalid Bin Yusuf, head of AMUs Sanskrit department. Mohammed Khan Durrani was the first Muslim scholar in India to have done a doctorate in Sanskrit, completing it from AMU in 1963,and,in the process, encouraging other Muslims to study the language.

As a schoolboy in Maharajganj, Uttar Pradesh, Ashab Ali avidly read the Vedas, the Mahabharata and the Ramayana. He went on to study the Vedas in detail and do a comparative study of Islam and Hinduism. Islam and Vedic Hinduism have a lot in common, he says. Like Islam, the Vedas too believe in ek ishwarvad (monotheism ). Again, like Islam, there is no concept of rebirth in the Vedas. This attracted me, says 61-year-old Ali who heads the Sanskrit department at Gorakhpur University.

A devout Muslim, Ali has performed Haj twice and says he easily passes off as a paan-chewing, kurta-pyjama-clad maulvi on the street. In fact, he objected strongly when a television reporter once addressed him as maulvi sahab. I told him that not every bearded Muslim is a maulvi. I am a Sanskrit scholar and should be known as such, says Ali, who is concerned about the fate of his huge private collection in Sanskrit. My daughter is an Urdu scholar while my son is studying Unani medicine. Nobody in my house will read the rare collection of Sanskrit volumes after I die, he says. However, other Muslim scholars aren’t worried. Birajdars daughter Ghiasun Nisa, a graduate in Sanskrit, is working on a comparative study of Islam and Hinduism. His grandson,15-year-old Danish, is also learning the language. They have inherited my love for the language and will carry on my mission, he says, he replies to a stack of fan mail in Sanskrit.