Guru Nanakji’s birthday has a special significance to me, indeed, the religion we called Sikhism, started out as an interfaith movement, where he primarily brought people from different religions together and taught common sense goodness; serving humanity and caring for the neighbours. 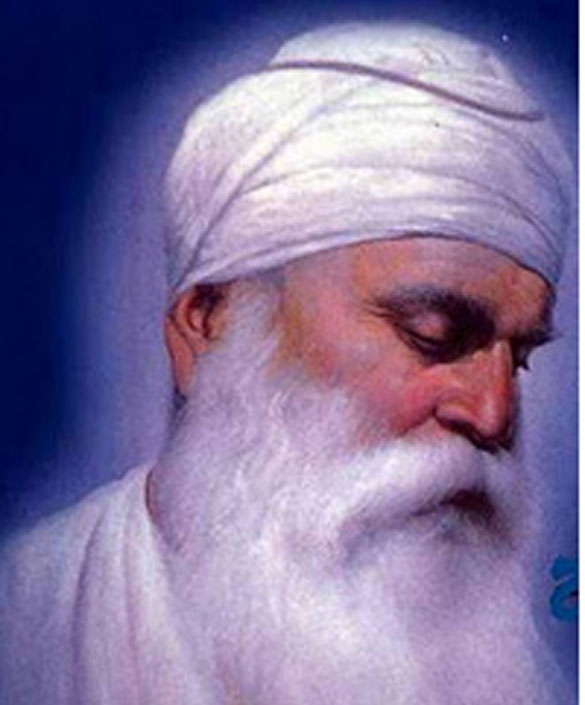 I selected this picture, as my Mother's great uncle looked just like him with the same Turban and we called him Sikh Nana. On this auspicious day of Guru Nanak Devji's birthday, on behalf of World Muslim Congress and the foundation for Pluralism, we wish peace and blessing to the world.

Guru Nanak Jayanthi is the birth celebration of the first Sikh Guru, Guru Nanak, and one of the most sacred festivals in Sikhism.

The festivities in the Sikh religion revolve around the anniversaries of the 10 Sikh Gurus. These Gurus were responsible for shaping the beliefs of the Sikhs. Their birthdays, known as Gurpurabs, are occasions for celebration and prayer among the Sikhs. 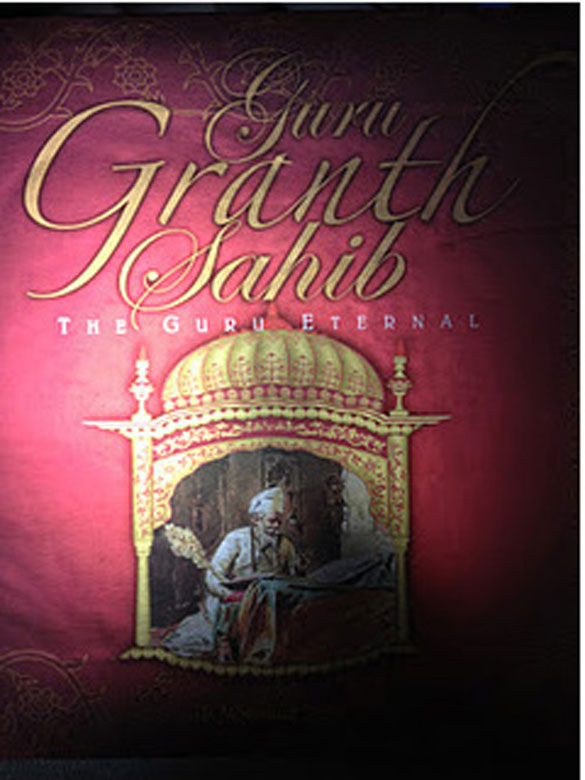 Happy Gurpurab to all the Sikhs and to everyone who is a well-wisher of the ideals of Sikhism….

I hope on this auspicious occasion of Gurpurab, the Muslims and Sikhs make a genuine effort to pay tribute to the spirit of Guru Nanak Devji and remove the misunderstandings that erupted from a wrong translation of Quraan that happened 350 years ago and has rightfully etched in the psyche of Sikhs.

In an article in Huffington post about Kentucky Senator David William’s bigotry I wrote, “No one has a right to belittle other's faiths. If Senator Williams has a problem let it be his problem and one should malign Christianity for his bigotry.” Likewise, King Aurangzeb’s bigotry should not be slapped on Muslims. I have nothing to do with it, nor does any Muslim anything to do with him.

Sadly there was a lot of bloodshed during the partition of India that has deepened the ill-will among a few Muslims and a few Sikhs. It is time to forgive for our own sake, as it will release the tension and apprehension within us and free us to deal with each other as free individuals.

May the Noor (divine light) of Guru Nanankji brighten the world. Amen! Sikhism was one of the first formal religions that began as a reconciliatory goodwill nurturing faith and let’s give the full value to it.

MUSLIMS AND SIKHS NEED TO WORK ON RECONCILING THE ILL-WILL. 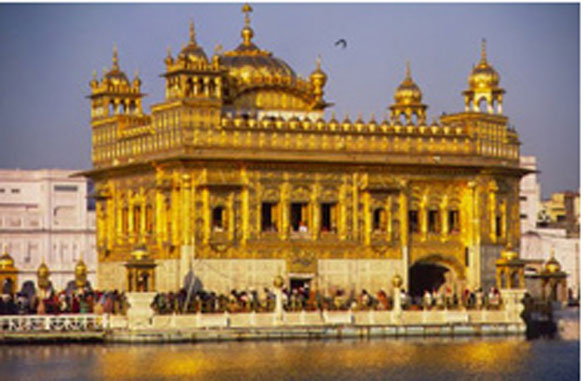 I just want to share a great misunderstanding that occurred in the 17th century and has lasted till this day. I was a speaker on “reading the scriptures” at the Parliament of world’s religions in Melbourne, Australia.

During the conference, one of the Sikh scholars was presenting a verse from Quran that has been difficult for Sikhs for over three hundred fifty years. When Dr. Avtar Dhaliwal started his presentation with the obviously wrong translation of a verse from Quran, a fellow Muslim was outraged and walked out and was looking at me for a response. Later, I invited him back into the hall and responded to the mistranslation during my presentation and not during Dr. Dhaliwal’s presentation. That is a whole another story but for now, I will share the email that followed the conversation.

Here is note from a leader from the Sikh Community, who is making every effort to set the record right. We must appreciate all such efforts where people have made a difference in creating a better world for all of us.

Greetings. I hope by now you are well recovered from the exhausting Parliament meeting in Melbourne, Australia.

I am working on my article on Sacred Scriptures and its Intended use—misinterpretations.

Apparently, during my presentation, I did not apply the qualified translation which resulted in misunderstanding by our friend from Bombay. I apologize for not gathering my information correctly. I had applied the translation that was posted on the Internet by ‘Quran Explorer.com’. I have no intension of denigrating any sacred books.

You had mentioned that correct translation is available for Surah 15:26-30. However, a Sabd by Guru Nanak Ji had been misinterpreted by the Clerks in the court of Aurangzeb, and the same interpretation has been copied in Sikh literature for the last 350 years.

I am trying to get the correct explication of the misinterpreted Sabd in Sikhism. In reference to that I need correct translation of Surah 15:26-30.

Will you please, send the correct translation in the English language as well as in the Urdu language.

Here was my response; it is lengthy but worthwhile in removing 350 years of ill-will carried in the hearts.

Apparently the verses from 15:24-30 were mistranslated to suit one group over the other as the note below indicates. I will add a note after hearing from Mr. Dhaliwal.

Thank God, no one had dared to make a change in the Arabic version of Qur’an since its inception, however there have been three mistranslations, two of which I am familiar with, one was paid to mistranslate in 1142 AD by the European Kings around the crusades times to have the Christians hate Muslims; the other one was by Hilali Khan in 1922 after the fall of Ottoman Empire to rally up Muslim support by creating enemies out of Jews and Christians. I am not familiar with the third one, apparently during King Aurangzeb’s time. Aurangzeb was an honest man, but was an intolerant fanatic towards Hindus and apparently Sikhs.

Qur’an, like all other holy books is a book of guidance for humanity to co-exist in harmony and peace, the religious scriptures are God’s love for his creation. Just as the Nuclear power in the hands of good men and women can be beneficent to humanity and destructive in the wrong hands, the holy books are the same. Neither Qur’an, nor Nuclear powers are bad, it is whose hands in it is that determine the outcome. Fortunately, the intolerants ones are less than 1/10th of 1% of the population.

The best way to understand a verse is to read five verses before and after, and read at least three translations to get the right meaning. Finding the truth is one’s own responsibility.

15:24 (Asad) and well do We know [the hearts and deeds of all human beings - both] those who lived before you and those who will come after you; (Or: "those of you who hasten forward [towards Us], and those who lag behind". Both these interpretations are considered equally legitimate by the early commentators)

15:25 (Asad) and, behold, it is thy Sustainer who will gather them all together [on Judgment Day]: verily, He is wise, all-knowing! -

15:26 (Asad) AND, INDEED, We have created man out of sounding clay, out of dark-slime transmuted -

There are many references in the Qur'an to man's having been "created out of clay (tin)" or "out of dust (turab)", both these terms signifying man's lowly biological origins as well as the fact that his body is composed of various organic and inorganic substances existing-in other combinations or in their elementary forms-on or in the earth. The term salsal, occurring in three verses of this surah as well as in 55:14, adds a further dimension to this concept. According to most of the philological authorities, it denotes "dried clay that emits a sound" (i.e., when it is struck); and since it is used in the Qur'an exclusively with reference to the creation of man, it seems to contain an allusion to the power of articulate speech which distinguishes man from all other animal species, as well as to the brittleness of his existence (cf. the expression "like pottery" in 55:14). As the construction of the sentence shows, this salsal is stated to have evolved (Razi) out of hama' - which, according to some authorities, is the plural of ham'ah, signifying "dark, fetid mud" or "dark slime"-while the participial adjective masnun which qualifies this noun denotes, as Razi points out, both "altered" (i.e., in its composition) and "brought into shape": hence my rendering of this expression as "transmuted", which to some extent combines both of the above meanings. To my mind, we have here a description of the primeval biological environment out of which the "sounding clay" - the matrix, as it were - of man's physical body has evolved in accordance with God's plan of creation.(Quran Ref: 15:26 )

15:27 (Asad) whereas the invisible beings We had created, [long] before that, out of the fire of scorching winds

"out of the confusing flame of fire (marij min nar)": i.e., of non-corporeal elements. The noun al-jann, rendered by me as "the invisible beings", is in reality a singular, denoting here the kind of these particular beings or forces, similar to the use of the singular noun "man" (al-insan) which describes the collective entity "mankind".

15:28 (Asad) And lo! Thy Sustainer said unto the angels: "Behold, I am about to create mortal man out of sounding clay, out of dark slime transmuted; -

15:29 (Asad) and when I have formed him fully and breathed into him of My spirit, fall down before him in prostration!

Mike Ghouse comments: there are several references where God tells the angels to bow to the man he has just created. In essence, God is asking to look up to man who is not an automatic machine to be in peace and free from conflicts, but has the free will and will strive to achieve peace, a state of conflict free, guilt free life.

15:30 (Asad) Thereupon the angels prostrated themselves, all of them together, -

15:32 (Asad) Said He: "O Iblis! What is thy reason for not being among those who have prostrated themselves?" -

15:33 (Asad) [Iblis] replied: "It is not for me to prostrate myself before mortal man whom Thou hast created out of sounding clay, out of dark slime transmuted!"

Mike’s comments: This signifies lack of trust in God by Iblis (Shaitaan) and arrogance to bow in front of a thinking and independent creature.

Mike Ghouse is committed to build a cohesive America and offers pluralistic solutions on issues of the day. His work is indexed at www.MikeGhouse.net