What the Muslims Did To Save Jews during the Holocaust, Many European Nations Didn’t Do

Even in the darkest times, there are heroes—though sometimes they may be the people we least expect.

That’s the message a global non-profit group hopes to spread Friday on Holocaust Remembrance Day, when it displays a small exhibit in a New York synagogue highlighting the little-known stories of Muslims who risked their lives to rescue Jewish people from persecution during World War II. Though the two religious groups are often presented in opposition, this exhibit is a reminder that they have also shared an important history of cooperation and mutual assistance. 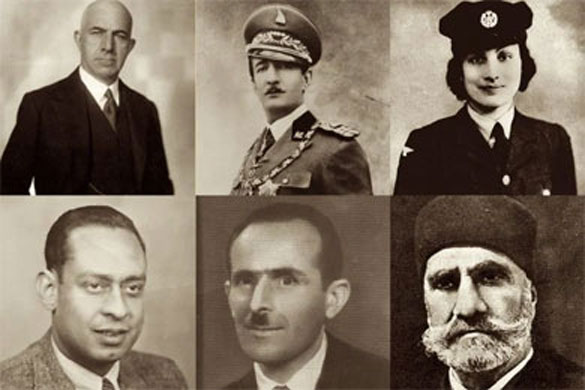 The trial of a former Nazi guard brings forth questions about justice and forgiveness for Holocaust survivors and German citizens.

The tales include those of Khaled Abdul Wahhab, who sheltered about two dozen Jews in Tunisia, and Abdol Hossein Sardari, an Iranian diplomat who is credited with helping thousands of Jews escape Nazi soldiers by issuing them passports.

The group also recognizes the Pilkus, a Muslim family in Albania who harboured young Johanna Neumann and her mother in their home during the German occupation and convinced others that the two were family members visiting from Germany. “They put their lives on the line to save us,” Neumann, now 86, told TIME on Friday. “If it had come out that we were Jews, the whole family would have been killed.”

“What these people did, many European nations didn’t do,” she added. “They all stuck together and were determined to save Jews.”

The collection of 15 stories shows how people organically came to protect one another, even in extreme environments of war and conflict, organizers said. “Those stories are very powerful together because they show a different side to humanity. It shows that we can have hope even at a time like the Holocaust,” said Mehnaz Afridi, a Manhattan College professor who specializes in Islam and the Holocaust.

Though the narratives are being exhibited on a day observed by remembering the past, they are also vital to remember in today’s world, “given the rise of hatred,” said Dani Laurence Andrea Varadi, co-director of I Am Your Protector, the organization behind the exhibit.

The New York City-based group encourages societies and people to stand up to injustices, and Varadi points as an example to the climate faced by many Muslims around the world and in the U.S. as an example of what can happen when a group of people are seen as a monolith rather than as individuals. Hate crimes against Muslims in the U.S. soared 67% in 2015 from 154 in 2014 to 257, the latest figures from the FBI show. During his campaign, President Donald Trump pledged to temporarily ban Muslims from entering the country. Just this week, Trump’s administration announced new immigration plans, and the White House is expected to order that the U.S. temporarily stop issuing visas to people from several majority-Muslim countries.

“It makes people think it’s legitimate to hate,” Varadi said. “It is natural and normal to be scared and to think that we have to resist or fight, but we can also have a mechanism where we can catch ourselves and say, ‘OK, there are some people who might be problematic, and we can look at them one on one.’”

She added that the historic tales of courage show the impact that can be made when people protect targets of hate in climates of rising fear, suspicion and hatred. Varadi hoped the stories inspire others to follow suit.

“We can speak up, stand up for the other when we witness something, raise our voices in a peaceful, nonviolent way,” she said. “Whenever people think, ‘There’s nothing I can do. I cannot make a difference,’ this is the most dangerous thing to think because it is not true.”

The exhibit debuted in the headquarters of United Nations in Geneva a few weeks ago. I Am Your Protector will revive the display for a one-day commemoration event Friday at New York City’s Temple Emanu-El. However, organizers hope the stories have a lasting effect.

“I think history shows that people stand up for each other—and those were the ones who created change. And if there’s enough people who do that, then the whole reality changes,” Varadi said. “When communities come together with that mindset, whether it’s small or big, it becomes a huge force that can basically change the course of history.”

Original Headline: The Forgotten Stories of Muslims Who Saved Jewish People During the Holocaust