Muslims in India get more freedom to practise their religion than any other non-Muslim country, including Western nations, according to controversial Islamic preacher and Islamic Research Foundation (IRF) founder Zakir Naik. 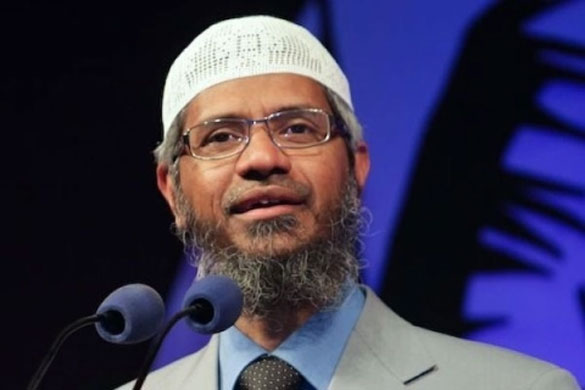 “Generally, for Muslims in India, it is very close to living in a Muslim country. They have full rights and it is perfectly permissible to live there. A close example of a place (where Muslims get similar privileges) is Singapore,” the preacher said in his YouTube channel.

He was responding to a question whether Muslims in India need to migrate to an Islamic nation, yesterday (16 July).

“Singapore was separated out of Malaysia where two-thirds of the population are Muslims. After separation, Muslims constitute 20-30 per cent of the population in Singapore, which too has Muslim personal law like India.

"But freedom in India is much more than Singapore,” said Naik, who had fled to Malaysia in 2016 facing charges of provoking communal disharmony and indulging in unlawful activities that incited terror in India.

There are a few more non-Muslim countries like Mauritius where Muslim personal law is followed. But India is among the best non-Muslim nations for Muslims, the IRF founder, who now lives in exile in Malaysia, said.

“India is a very safe place for Muslims. Only after the Bharatiya Janata Party came to power, problems started. Previously, Muslims had to face only minor problems,” Naik said.

Blaming BJP and Rashtriya Swayamsevak Sangh for the troubles faced by Muslims, he said these “fanatics” had started promoting Hindutva and began misleading the people which created problems.

However, Naik said that though Western countries allowed Muslims to worship, they do not allow marriages according to Islamic law. 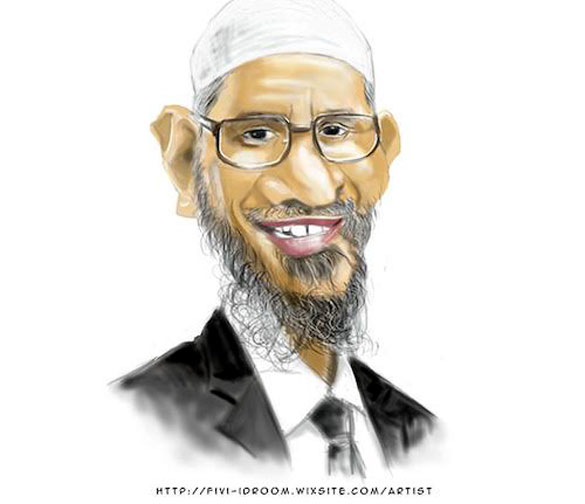 “(In Western nations) you cannot have more than one wife, nikah is not valid, divorce according to Sharia is not allowed and neither can you openly practise Islam as in India,” said the preacher, who is alleged to have inspired the mastermind of the Sri Lanka Easter blasts last year that killed 290 people.

India could come close to a Muslim country, though not fully, he said, adding that only criminal law was common in India.

Naik said Muslims need not migrate from India, which had created a structure and had rich Islamic knowledge.

Referring to the structure of the Indian Constitution, he said any citizen has the right to preach, follow or propagate his or her religion.

“I left India only four years ago. For 24 years, I did dawa (Islamic missionary work) openly and got large audiences,” Naik said.

The preacher said India was ruled for 1,000 years by Muslims that resulted in 40 per cent of the population being Muslims. “Had Muslim rulers forced, non-Muslims would not have been alive. It was the British who divided the country and people,” he said.

Stating that India declared to be a secular country and not a Hindu nation after Partition, he said the Constitution allowed any citizen to follow the religion of his/her choice.

“For Muslims, they have separate Muslim personal law. Even today, India is secular. India is a unique case,” the preacher said.

Naik shifted his base to Malaysia, where he now lives in Putrajaya. His presence in Kuala Lumpur has led to bitter bilateral relations between India and Malaysia.

New Delhi is seeking his repatriation but Kuala Lumpur is refusing to send him back to face the charges against him.

Original Headline: Muslims In India Have Much More Freedom Than Other Non-Islamic Nations, Says Zakir Naik