Hindus, Sikhs and Muslims Accept the Mystic Saint of Lahore Data Ganj Bakhsh as their Guardian

If you want to win the heart of a Sindhi Pakistani, sing the song of Lal Shahbaz Qalandar of Sehwan Sharif — “Dama Dam Mast Qalandar” — containing reference to Jhulelal, a Hindu deity; and to Ali, the martyred caliph whom the Shia branch of Muslims celebrate in the face of a majority Sunni opposition. In Pakistan, the cult of Shahbaz Qalandar has defied assaults from extremist Islam penetrating the Sindh province. Sindhis continue to sing and dance at the shrine of Sehwan in defiance of the ideology of the state while bowing to a heretic Muslim saint. 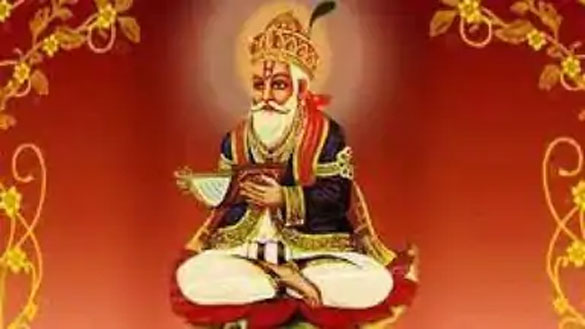 Sehwan boasts of the mausoleum of the mystic saint Syed Usman Marwandi, popularly known as Lal Shahbaz Qalandar. He had arrived from Afghanistan and probably changed his real name to hide his devotion to Ali like most Muslim mystics. As he sang in Sindhi, he inducted the Hindu god Jhulelal (red bridegroom) in his incantations to show respect to his Hindu followers.

In his paper, “Visual Representations of Jhulelal in India and Pakistan”, Michel Boivin writes: “The term Jhulelal is actually the name of a Hindu deity Jhulelal, who is worshipped by the Sindhi Hindus. However, the Sufi Muslims started using the term Jhulelal only after the song Dama Dam Mast Qalandar became famous, in which Lal Shahbaz Qalandar has been referred to as Jhulelal Qalandar.”(Pakistan: Alternative Imaginings of the Nation State)

How did Jhulelal become a saint of the Muslims? He is said to have appeared on the island of Khwaja Khizr near Sukkur, in Sindh, to save a Muslim woman who was coveted by a Hindu king. He is said to have finally disappeared from the village of Jahejan, later renamed as Udero Lai, where he had asked his followers to build two sanctuaries in the same complex: One for his Hindu followers, a Samadhi, and another one for his Muslim followers, a “qabr”.

This wonderful symbiosis of religions under the guardian saint singing in the Sindhi language lasted for three centuries and moulded the personality of the Sindhi man who will not drop a reference to a Hindu god merged in the personality of the saint of Sehwan. The song has been rendered into Punjabi too and now invades the vast territory of Punjab. The singers of “Jhulelalan”, like Abida Parveen, have become legends in Pakistan. Sindhis all over the world greet each other with the words, “Jai ko chavando Jhulelal then jathinda Beda-Paar” (Jhulelal will lead you towards success)”.

But the Sunni orthodoxy of northern Pakistan, strengthened by their participation in jihad, began to dominate Pakistan’s ideology in the 1980s. Sunni madrasas, enriched by jihad, began to penetrate Sindh to “set it right”; and today threaten the foundations of the pluralist culture of Sindh, particularly by allowing forcible marriages of Hindu girls to Muslims. The mausoleum of Lal Shahbaz Qalandar in Sehwan Sharif was targeted again and again as Muslims and Hindus sang and danced together at the shrine. In February 2017, a “suicide” bombing at the shrine killed 88, including women and children. The attack was carried out by the Islamic State (ISIS), the Sunni terrorist gang born in Iraq to avenge the rise of the Shia majority there. Its presence in Pakistan together with al Qaeda threatens the way of life the Pakistani people, as shown by this attack, carried out by a local Muslim converted to violence. Not long ago the mausoleum of Data Ganj Bakhsh was suicide-bombed in Lahore, where not long ago Hindus, Sikhs and Muslims lived peacefully together and accepted the mystic saint as the guardian spirit of the city.

Another saint of Lahore, Mian Mir, belonged to the same category of pluralist faith. The Golden Temple of Amritsar was built around a man-made pool (Sarovar) that was completed by the fourth Sikh Guru, Guru Ram Das in 1577. Guru Arjun, the fifth Guru of Sikhism, requested Mian Mir to lay its foundation stone in 1589. Next to the grave of Mian Mir in Lahore, is the tomb of the Mughal princess Nadira Begum, the wife of Prince Dara Shikoh who tried to teach the Hindu and Muslim communities to live together in peace.

Khushwant Singh once lived in Lahore and was loved by all his Muslim friends. What connected Singh to Muslims was Sikhism itself. The holy book, Adi Granth, was not a collection of punishing edicts but an anthology of mystical poems culled from Punjabi and Rajput classics, from Baba Farid to Kabir and Meera. The compilation of Sikh scripture began under the faith’s founder, Guru Nanak, who thought of it because of his attraction to the idea of ahl-e-kitab (People of the Book) in Islam.

Original Headline; The symbiosis of religions under the singing saint in Sindh lasted three centuries