Neither Hindus nor Muslims Are Accountable For the Misdeeds of Others

1.    Justice demands that nobody should be accountable for the misdeeds of others.

2.    Blaming the entire community for the crime of one of its individuals has become a widespread worry for causing societal harm.

4.    If a Hindu kills a Muslim, whether by lynching or otherwise, or if a Muslim kills a Hindu somewhere, it does not entail that all Muslims and all Hindus are to blame.

5.    Whoever commits a crime must be punished or condemned, according to justice and regardless of faith, caste and colour. 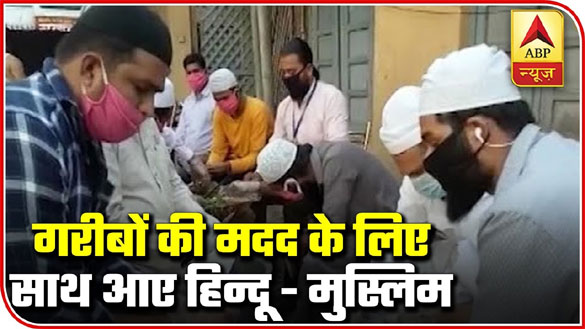 “Whoever is guided is only guided for [the benefit of] his soul. And whoever errs only errs against it. And no bearer of burdens will bear the burden of another.” (17:15)

This verse means that no person will be accountable for the misdeeds of others. Every person is responsible for his deeds or misdeeds. This also means that the guidance or misguidance of each individual only affects him, and no one can bear the burden of another person’s sins or ward off from him even an atom’s weight of harm. Allah is the most just of those who show justice; He does not punish anyone until the proof has been established against him by sending the message, then he stubbornly rejects it.

At various points in the Quran, the notion of personal responsibility is emphasised, because one cannot follow the straight path diligently without fully comprehending its implications. It means that everyone is totally responsible for his moral behaviour and is answerable to God as an individual in his own right, with no one else sharing the burden of duty. Take, for example, a specific action or a specific manner of behaving in which a generation or a community of a significant number of individuals contributed. When the people gather before Allah on the Day of Judgment, their collective behaviour will be examined in order to place the burden of accountability on each and every person who contributed to it, and they will be rewarded or punished accordingly. A person will not be punished for the role that another person played in his performance, nor will a load of a single person's guilt be placed on the shoulders of another. This notion has been underlined numerous times in order for a wise man to avoid acting in imitation of others or justifying his actions based on the actions of others. If a person understands his own duty, he will act in such a way that he will emerge victorious on the Day of Judgment, regardless of what others do.

When we evaluate our society with this notion in mind, we can observe that injustice and abuse are on the rise. The practice of highlighting the crime of someone who is not of your religion, colour, nationality, or caste in order to blame his entire group has become a widespread worry for causing societal harm. On the contrary, if the criminal is a member of your group, caste, or religion, you will make every attempt to defend him.

Historical accounts of Muslim kings and rulers contain inconsistencies. According to some sources, Muslim monarchs were brutal, while others claim they were not. Some of them may be beneficial or harmful. But why are these historically contradicting accounts being referenced today to sow discord among members of two faiths? What is the advantage? Do we want to perpetuate the idea that since Muslim monarchs were brutal, today's Muslims must be held accountable? People may have differing viewpoints on this issue, and if the answer is yes, I will never agree because this is not a matter of justice.

Similarly, if a Hindu kills a Muslim, whether by lynching or otherwise, or if a Muslim kills a Hindu somewhere, it does not entail that all Muslims and all Hindus are to blame. The killer, whether a Muslim or a Hindu is a criminal, and other Hindus and Muslims should not be held responsible.

Muslims in the north-eastern Indian state of Tripura, for example, have been subjected to obvious barbarism in the aftermath of recent bloodshed in Bangladesh during Durga Puja. Looking at this episode, it is apparent that the attitude of our society has degraded to the point where criminals in one country are being avenged on innocent people in another. This is something that both Hindus and Muslims are equally responsible for. However, even under natural law, it is not right to punish a weak and innocent person for the crimes of criminals in another country.

Whoever commits a crime must be punished or condemned, according to justice and regardless of faith, caste and colour. If a Hindu commits a crime, this does not mean that all Hindus are to blame. Similarly, if a Muslim commits a crime, it will not be considered that all Muslims are equally condemnable and punishable. I believe that if we can successfully instil this simple concept in the brains of every person in our society, many riots will be avoided.