ONE of the greatest teachings of the Holy Quran that is universally important relates to preventing the reviling and ridiculing of others for one or the other reason. Many individuals and communities have the destructive habit of feeling superior to others. Rather than learning from others, they try to ‘teach’ others at all times.

We often learn about others, particularly sects, from our own hostile sources depicting a bad picture of those whom we do not like or approve of, perpetuating a bad image of them through generations, because of hostile communal histories. Critical and contextual study of these materials is hardly done, and a given image is perpetuated. This often leads to giving nicknames and associating bad images with a whole community. 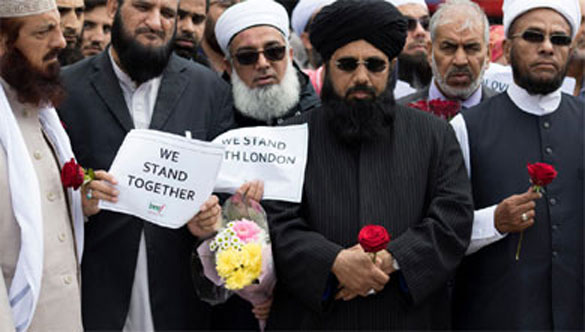 How much God disapproves of this attitude can be gauged from so many verses in the Quran. For discussion in this article, a few samples are selected. To start with, the Quran sets a general rule for the Muslim community and it says, “O you who believe! No people should ridicule other people, for they may be better than they [are] … Do not speak ill of one another, nor insult one another with [offensive] nicknames … And do not spy on one another, nor backbite one another. …” (49:11-12).

The warning that the ‘other’ may be ‘better’ is enough to make us humble at all times and discourage us from pointing fingers at others. This is important for a very deep reason as well. When we describe others, we actually describe ourselves. We create others to suit our own image! Are not our judgements based on perceptions, opinions and preferences we have been exposed to and limited by our parents, teachers, elders, colleagues, friends and books? So, do we not see the world around us, not as it is, but as we have been conditioned to see it?

This subjectivity obviously colours our view of others and distorts their image. Alluding to this, the Quran warns “… Let not the hatred of some people lead you away from being just. Be just, for this is closer to piety, and fear Allah. ...” (5:8). What could be the meaning of ‘just’ here? This perhaps means seeing people as they would like us to see them, not the way we want to see them. This in research tradition is called the phenomenological method, in which a researcher tries to understand the phenomenon as it is, and not the way it should be. Judging people all the time from our own standards is a recipe for distortions.

The Quran has a strong message for those who revile others. It admonishes, “Revile not those unto whom they pray beside Allah lest they wrongfully revile Allah through ignorance. Thus, unto every nation have We made their deed seem fair. Then unto their Lord is their return, and He will tell them what they used to do” (6:108). The verse makes an important point by saying that all will be judged by God only — a point repeated many times in the Quran. So, we should not make sweeping generalisations about and pass judgement on the faith and actions of others, let alone revile them.

The Quran also focuses on those who talk about others behind their backs. The Holy Book says, “O ye who believe! Avoid suspicion as much (as possible): for suspicion in some cases is a sin: and spy not on each other, nor speak ill of each other behind their backs. Would any of you like to eat the flesh of his dead brother? Nay, ye would abhor it. ...” (49:12). The backbiting could pertain to individuals as well as to communities.

Advising on those who tend to drift away from faith, the Quran says, “It is part of the Mercy of Allah that thou dost deal gently with them. Wert thou severe or harsh-hearted they would have broken away from about thee; so pass over (their faults), and ask for (Allah’s) forgiveness for them; and consult them in affairs (of moment). …” (3:159). What this verse emphasises is that one should attract towards the faith with good counsel and allowing participation in decision-making so that people feel themselves to be a part of the community.

To conclude, with today’s global outreach and pluralistic outlook, let us build our relations — individual or communal, real or virtual — on the basis of respect and dignity, rather than indulge in reviling and blaming others.

Let us make a sincere effort to learn more about others and understand, appreciate and admire them. Progressive societies today are building on the premise of not just mutual respect and recognition; they go a step further by admiring and celebrating each other in the areas of culture, faith, tradition and civilisation.

Jan-e-Alam Khaki is an educationist with an interest in the study of religion and philosophy.

Original Headline: Reviling the ‘other’