We Need To Promote Inclusivist Understandings Of Religion And Identity

1.   One way of overcoming the problem of religious exclusivity is to explore the beauty and wisdom of other religions.

2.   It is spiritually enriching to explore different forms of multiple belonging. 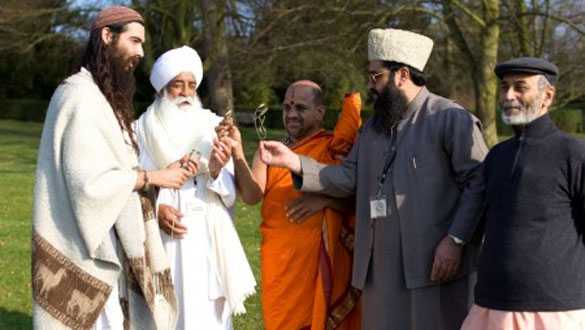 Some people believe that their religion is superior to all others. They insist that it is the only way to God. They will not budge even an inch from this stance. And they are adamant about trying to spread their religion to the rest of humankind. This is termed as religious ‘exclusivity’.

In order to overcome the problem of exclusivity in religion, we simply must find ways of overcoming the feeling of superiority—that one’s religion is supposedly superior to all others. We need to be humble about our claims and beliefs.

When talking about the problem of exclusivity in religion, the question arises of how to deal with this great lust, if one might put it that way, on the part of certain religious institutions to gain more followers, to increase their numbers, to get more people to join what they claim is their ‘superior’ brand of religion.

In this regard, I think it would be useful—and indeed, spiritually enriching—to explore different forms of multiple belonging. To use the language of the American academic system, the religion you are born into or that you espouse can become your major, but you can also pick up a minor. So, for instance, I am a Muslim. I am rooted in Islam. So, Islam is my ‘major’. But, along with this, Buddhism is my ‘minor’. When I study Buddhism and explore its practices and insights, I find that I understand the Islamic tradition much more profoundly.

Besides people of faith who have a ‘major’ and a ‘minor’ in terms of religious affinity or affiliation, there are some who have two ‘majors’! For instance, I know some people who are Christian priests and are at the same time also Buddhist abbots.  Practicing two religions in their own way, they seem very happy and fulfilled.

So, multiple belonging can be one response to the problem of exclusivity in religion.

Another way the problem of exclusivity in religion can be addressed is by creating an environment where people can really get to know each other beyond narrow affiliations based only on ethnicity, culture or religion. Can we create spaces where people from different religious and cultural backgrounds bond with one another and develop friendships—friendships between people who might seem different on the outside in some respects, but who have many similarities on the inside? These friendships would be based on love, compassion, and awareness, and on spiritual practices (it doesn’t matter of which tradition). This is friendship based on a kinship of spirit.

The more we are able to do this—as indeed many young people are doing today—the more we will find that our own ‘holier-than-thou’ attitudes based on false notions of superiority will diminish.