Interfaith Harmony: Secularism in the Context of India Is Sarva Dharma Sama Bhava 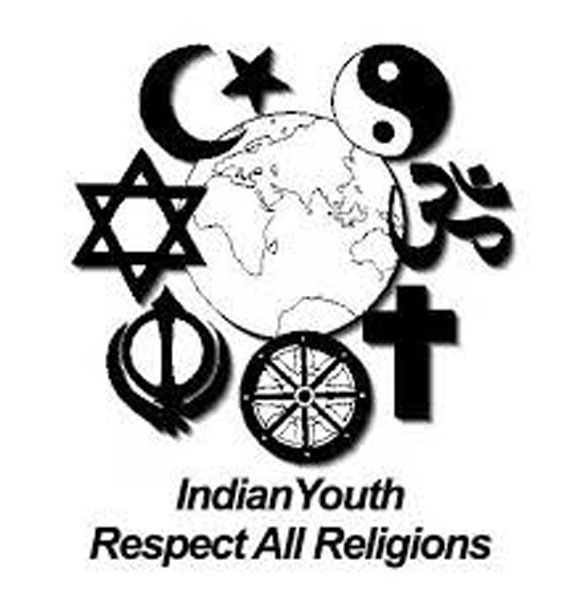 A good number of English newspapers reported on January 20 the marriage of a Hindu couple in a mosque in Kerala’s Alappuzha. The Cheruvally Muslim Jamaat mosque near Alappuzha, made all arrangements for the marriage and the marriage ceremony was conducted according to the Hindu rite by a Hindu priest.

It was reported that the mosque committee also gifted 10 sovereigns of gold and 200,000 rupees to the bride as a wedding gift, besides meeting all expenses of the marriage, including meals for 1,000 persons belonging to different communities. Indeed, this is an excellent example for communal harmony and genuine secularism in action: acceptance, appreciation and promotion in spite of religious differences.

It is not the first time that the ordinary people showed to others, especially to the communalists of all faiths that religion is not a barrier to express love and humanity. During the great flood in 2018 hundreds of stories were reported of people in Kerala supporting each other without considering their religion. Temples, churches and mosques were opened for accommodating people whose houses were flooded or destroyed.

Not only did the Juma Masjid Mahal committee postponed the celebrations to November 17, but joined in the marriage festivities as well. Upon the conclusion of the wedding celebrations, Prathyusha, the bride, and the bridegroom interacted with the Mahal committee members and thanked them profusely for their wonderful gesture.

Back in the summer of 2015, the heart of a Hindu man was transported across Kerala for a Christian patient in dire need of a new one. Funds were raised by a Muslim businessman to pay for the operation, which was performed by the state’s top heart surgeon: a Christian. The entire state became engrossed as the story unfolded.

There could be various reasons for the harmony among the followers of different faiths in Kerala. Significant percentage of Muslims and Christians in Kerala population could be a motivation for the different communities to live in harmony.

According to Census 2011, Muslims and Christians constitute about 45 percent of Kerala population. The question of superiority and inferiority doesn’t affect much the relationship among the communities. High level of literacy and education could be another reason. The liberal thinking among the Keralites could be the contribution of the leftist movement. In contrast to much of north India, inter-community relations in Kerala have always been fairly harmonious, although the situation is beginning to change today.

Dominique-Sila Khan in her book, “The Sacred Kerala- A spiritual Journey,” writes about a long-standing tradition of religious overlapping or shared religious identities. For example, at the annual Chandankulam festival in a remote Kerala village, devotees of all faiths gather at a Catholic church, proceed to a Bhagvati temple and then finally congregate at a mosque.

Pilgrims undertaking the strenuous journey to the shrine of Ayyapa at Sabarimala must first visit a mosque, and, after completion of the pilgrimage, often visit the shrine of a Christian saint. Ayappa, one of the major Malayali Hindu folk deities, is believed to have been a close friend of a Muslim named Vavar, and also of a Christian priest.

The author also has mentioned that, in recent years, Kerala has witnessed the emergence of a number of right-wing communal and religious ‘fundamentalist’ movements among Hindus, Muslims and Christians. These movements see the state’s rich legacy of shared religious traditions and spaces that bring together people belonging to different religious communities, as ‘superstitious’, ‘aberrant’ and ‘deviant’. These movements have had a major impact on Kerala society, and have succeeded in making communal divisions much stronger and clearly-demarcated.

The people who participate in the anti-CAA, NRC, NPR movement in different parts of India are also redefining secularism. For example Delhi’s Shaheen Bagh, where women have been protesting against CAA for almost a month, has become a place of communal harmony. On January 15, a group of Sikh framers from Punjab prepared Langer, community meal, for about 1,000 people who were protesting at Shaheen Bagh. Majority of the protestors are Muslim women.

People of different faiths came together on Sunday, January 12 at Shaheen Bagh, to participate in a “Sarva Dharma Sambhava”- a multi-faith prayer ceremony. The inter-faith ceremony, consisted of traditional Hindu-style “Hawan” and chants of Sikh “Kirtan”, followed by reading out the Preamble of the Constitution and taking an oath to preserve its “socialist, secular” values. Portions from the Gita, the Bible and the Quran were read and Gurbani held. People are protesting by showcasing the pluralistic heritage of India to the rulers who are making all efforts to demolish it.

One of the core values of Indian Constitution is secularism. Secularism in the context of India is Sarva Dharma Sambhava or pluralism in the sense of acceptance, appreciation and celebration of differences, especially in terms of religion and culture. Unfortunately, many political and religious leaders distorted and disfigured genuine secularism in order to protect and further their vested interests.

Many religious leaders, who do not share the vision of India as enshrined in the Constitution, follow the ‘divide and rule’ policy by pitching one religious community against the other. In order hide their weaknesses, failures and corrupt practices from the public eye they present other religious communities as enemies of their own community and create conflict among the followers of different faiths.

Recent developments show that the people of India have started realizing the games played by the political and religious leaders. They have started questioning the game plan of the leaders and they demonstrate what genuine secularism is through their actions. Will the leaders learn from the ordinary people?