Swami Vivekananda Was Certainly Not Anti-Islam

Narendranath Dutta, who acquired the name of Swami Vivekananda when he became a monk, was born on January12, 1863 in Kolkata. He was one of the most influential spiritual leaders who contributed a fair share towards the regeneration of India. He was the modern revivalist of the Vedanta Philosophy and a strong proponent of universal brotherhood and religious harmony. Being the chief disciple of Ramakrishna Paramahansa, he founded the two worldwide spiritual movements known as “Ramakrishna Math” and “Ramakrishna Mission”. Inspired by the Swami’s ideals of renunciation and social service, both the organizations have been actively engaged in various forms of humanitarian and social works for more than a century. 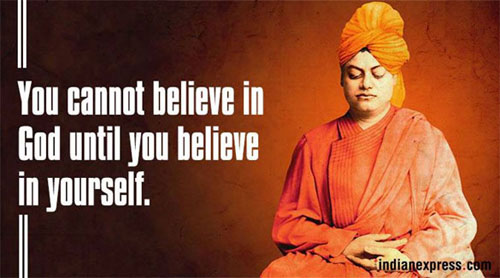 Swami ji was vehemently opposed to religious supremacism. He believed that ways leading to God were open and myriad, not restricted or confined to only one faith. Though he was a devoted Hindu, he decried the primacy ascribed to caste system and stood for social equilibrium and communal harmony.

Vivekananda believed that all religions were meant to achieve the same goals in their quest for ultimate destination. For instance, just as Nirvana (union with the Brahman or Supreme Being) through Moksha (liberation) is the ultimate purpose of life according to the Hindu philosophy, the highest achievement of man, according to the Islamic spirituality (Sufism) is Wisal-e-Ilahi (union with Allah). 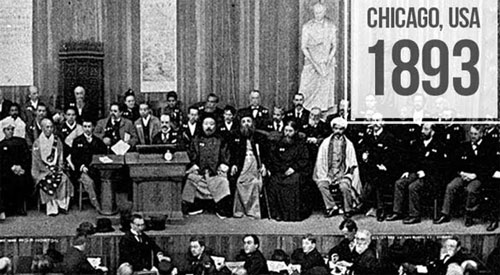 Unfortunately, some religious zealots and fanatics, from both Hindus and Muslims, have been exacerbating the social, cultural and religious ties of the two largest communities of India to further their nefarious ends. Fanning the communal fire, they go the extent of tarnishing the images of the spiritual legends of India. In their crazy bid to achieve this pernicious goal, the fanatics have been falsely propagating the baseless allegation that Swami Vivekananda was against Islam, while the truth is just the opposite. Swami ji was a great admirer of the core values of Islam that he believed to be the sole reason for its survival on the earth. It is manifested in his statement that says: “Mohammed – the Messenger of equality. You ask, ‘What good can there be in his religion?’ If there was no good, how could it live? The good alone lives, that alone survives… How could Mohammedanism have lived, had there been nothing good in its teachings? There is much good.” 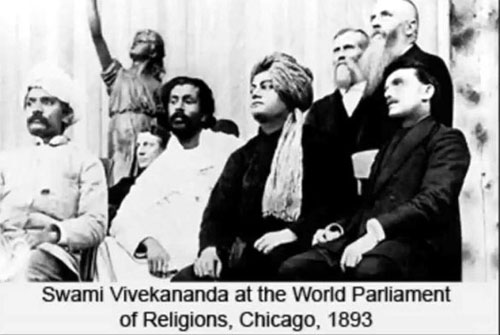 As Dilip Raote pointed out in an article in Hindustan Times (Take it from Vivekananda,  July 25, 2007),the above statement of Swami Vivekananda is an excerpt from a beautiful chapter on ‘Mohammed and Islam’ in a book titled “Teachings of Swami Vivekananda”. The book comprises an amazingly moving 30-page introduction by the British writer Christopher Isherwood. The chapter is a collection of quotes from a speech Vivekananda delivered to an American audience. I reproduce here some of them, as has Dilip Raote, without any commentary hoping that the readers will better appreciate the value and true essence of these historical statements by Swami Vivekananda on Islam and the Prophet Muhammad (peace be upon him):

“Mohammed by his life showed that amongst the Mohammedans there should be perfect equality and brotherhood. There was no question of race, caste, colour or sex. The Sultan of Turkey may buy a Negro from the mart of Africa, and bring him in chains to Turkey; but should he become a Mohammedan, and have sufficient merit and abilities, he might even marry the daughter of the Sultan. Compare this with the way in which Negroes and the American Indians are treated in this country (the United States of America)! And what do Hindus do? If one of your missionaries chances to touch the food of an orthodox person, he would throw it away.”

“As soon as a man becomes a Mohammedan, the whole of Islam receives him as a brother with open arms, without making any distinction, which no other religion does. If one of your American Indians becomes a Mohammedan, the Sultan of Turkey would have no objection to dine with him. If he has brains, no position is barred to him. In this country, I have never yet seen a church where the white man and the Negro can kneel side by side to pray.”

“It is a mistaken statement that has been made to us that the Mohammedans do not believe that women have souls…I am not a Mohammedan, but yet I have had opportunities for studying them, and there is not one word in the Koran which says that women have no souls, but in fact it says they have.”

“Vedantic spirit of religious liberality has very much affected Mohammedanism. Mohammedanism in India is quite a different thing from that in any other country. It is only when Mohammedans come from other countries and preach to their co-religionists in India about living with men who are not of their faith that a Mohammedan mob is aroused, and fights.”

“Practical Advaitism … is yet to be developed among the Hindus universally… Therefore we are firmly persuaded that without the help of practical Islam, theories of Vedantism, however fine and wonderful they may be, are entirely valueless to the vast mass of mankind…For our own motherland a junction of the two great systems, Hinduism and Islam – Vedanta brain and Islam body – is the only hope… I see in my mind’s eye the future perfect India rising out of this chaos and strife, glorious and invincible, with Vedanta brain and Islam body.”

Vivekananda did criticize Muslims who committed atrocities against Muslims or non-Muslims, but firmly believed that their actions were not in harmony with the Islamic concept of universal brotherhood. He believed Islam advocated fair and just treatment with non-Muslims but many Muslims failed to realise this concept and, hence, became intolerant towards adherents of other religions. However, he was sure about the root cause of their mistreatment with non-Muslims i.e. the misinterpretation of the Islam’s religious scriptures. He says: “Nevertheless, among these Mohammedans, wherever there was a philosophic man, he was sure to protest against these cruelties. In that he showed the touch of the Divine and realized a fragment of the truth; he was not playing with his religion, he was talking, but spoke the truth direct like a man.” Here, the phrase “playing with his religion” connotes misinterpretation of Islam by those exhibiting mistreatment or intolerance to non-Muslims.

Quotations of Vivekananda’s statements have been taken from Dilip Raote’s article in Hindustan Times (Take it from Vivekananda, July 25, 2007)

A regular contributor for New Age Islam, Ghulam Rasool Dehlvi is an Alim and Fazil (classical Islamic scholar) with a Sufi background. He has graduated from a leading Sufi Islamic seminary of India, Jamia Amjadia Rizvia (Mau, U.P.), acquired Diploma in Qur'anic Arabic from Al-Jamiat ul Islamia, Faizabad, U.P., and Certificate in Uloom ul Hadith from Al-Azhar Institute of Islamic Studies, Badaun, U.P. He has also graduated in Arabic (Hons) and is pursuing his M. A. in Comparative Religion from Jamia Millia Islamia, New Delhi.