The Day of Ashura, Yaum-e-Ashura: Historical Events Related to Holy Prophets of Islam, Christian and Judaism, the Battle of Karbala and Martyrdom of Imam Husayn

The Tenth Day of Muharram – A Day Marking Historical Events Related to Islam, Christianity and Judaism 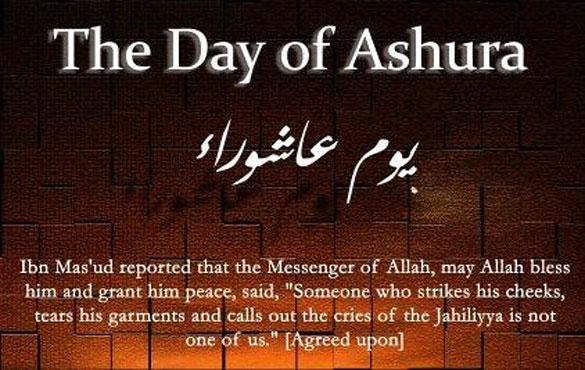 The tenth day of Muharram, the first month of the Islamic Hijri calendar is known as Yaum-e-Ashura or the Day of Ashura. For Muslims, this day commemorates many historical events related to Islam, Christianity, and Judaism. Allah Almighty bestowed salvation on several Prophets [peace be upon them all] on this day. This day also marks the Battle of Karbala, in which Imam Husayn Ibn Ali, the Prophet Muhammad's grandson [peace be upon him], was martyred together with his relatives, children, and allies.

Among the historical events taking place on the day of Ashura is the battle of Karbala. There have been many sacrifices in the history of Islam and each has its own importance and value. But the incident of the martyrdom of Imam Husayn [may Allah be pleased with him] is different from all other martyrdoms in many respects. One of the reasons for this uniqueness is that Imam Husayn was the beacon of the Prophet Muhammad’s family (peace be upon him) – the beacon who was brought up directly in the lap of the beloved Prophet and who in his childhood rode on the blessed shoulders of the Prophet and who had the privilege of being the descendent the Holy Prophet (peace be upon him).

The Prophet Muhammad [peace be upon him] had great affection for Imam Hasan and Imam Husayn. He [peace be upon him] is reported to have said, “They are the chief of the youth of Paradise.” (Sunan Tirmidhi)... “He who loved Hasan and Husain loved me, and he who hated them hated me. (Musnad Ahmad bin Hambal)”... “Husayn is from me and I am from Husayn.” (Musnad Ahmad Ibn Hambal)....... “I am at war with those who will fight you [O Husayn], and at peace with those who make peace with you.” (Sunan Tirmidhi) that “Every mother's children are associated with their father except for the children of Fatima for I am their father and lineage.” Therefore, the sacrifice of Imam Husain has a significant advantage over other sacrifices.

What happened in Karbala? There occurred a battle in Karbala as a result of Imam Husayn’s refusal of Yazid’s demand for allegiance to his ‘caliphate’. The reason for this refusal was that Yazid was openly violating the teachings of Islam and perpetrating severe crimes and that the survival of the Islamic community and the progress of Islam depended on truth, justice, and correct guidance. Imam Husayn was oppressed and Yazid was an oppressor, spiritually unclean, and like a Satan walking on the earth. Yazid was the symbol of evil forces that were colliding with the forces of good. Imam Husayn was the symbol of righteous forces. Yazid was representing the satanic forces whereas Imam Husayn was representing the forces of Truth [Haq] and justice [Adalat] walking on the path of God Almighty. So it was a battle between right and wrong, a battle between truth and falsehood, and a battle between the oppressor and the oppressed. During the battle of Karbala, Imam Husayn along with most of his family and companions including his six-month-old son Ali al-Asghar and his 18-year-old son Ali al-Akbar became martyrs but did not accept allegiance to the cursed Yazid, the symbol of falsehood.  Through their sacrifices, the Truth finally defeated falsehood, and consequently, Imam Husayn is still remembered and hailed as the symbol of Truth whereas Yazid is cursed as the symbol of falsehood.