Is A Catholic Concept Of Mercy At The Heart Of True Islam? 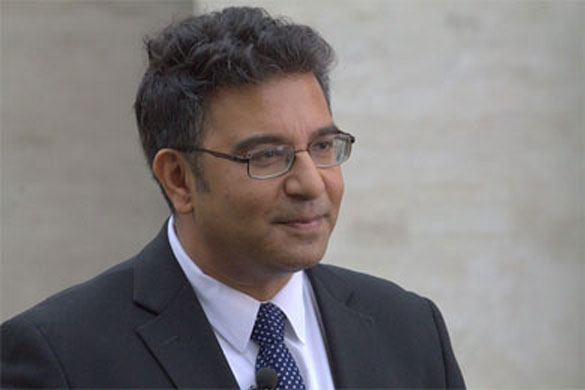 Professor Saeed Khan, an expert in Islam, has said that mercy is central to the Muslim faith – a mercy with roots in Catholicism and which is opposed to the misguided, fundamentalist interpretations of some extremist groups.

Mercy is “the core of Islam,” Saeed Khan told CNA in a Feb. 25 interview, adding that the Muslim concept of mercy “is actually an expansion of Catholic notions of mercy.”

While the conventional understanding of mercy is typically “showing compassion and forgiveness for those in need,” in Islam mercy also means “a blessing and a gift,” he said.

The concept of mercy as both a blessing and a gift shows God’s omniscience and omnipotence in the sense that mercy is proactively given, rather than simply reactively received by someone seeking forgiveness, Khan explained.

Because of this, creation itself “is a mercy to mankind,” he said, adding that the various prophets throughout history, including, in his words, Adam, Noah, Abraham, Isaac, Ishmael, Jesus and Mohamed, “are also mercies on mankind because they have been the ones to transmit and convey the divine message.”

Khan is a lecturer for Detroit-based Wayne State University’s Department of Near East and Asian Studies. He teaches courses on Islamic and Middle East History, Islamic Civilizations and the History of Islamic Political Thought.

He was present in Rome as a speaker for a Feb. 25-26 conference organized by the Pontifical Council Cor Unum in celebration of the 10th anniversary of the publication of retired pontiff Benedict XVI’s first encyclical, “Deus Caritas Est,” meaning “God is love.”

The document was published Dec. 25, 2005, just eight months after his election as Bishop of Rome.

Conference participants came from all over the world to discuss the encyclical from theological and charitable perspectives, as well as the perspective of other religions such as Judaism and Islam.

Khan himself spoke on the first day of the conference, offering participants his perspective on the Muslim understanding of mercy.

In his comments to CNA, Khan said the Islamic concept of God’s closeness to humanity is that he “is closer to you than your own jugular vein.”

This shows that a very intimate relationship that exists which can only be infused by love, he said. “So when Pope Benedict XVI mentioned in his encyclical that the primacy of love and how God then manifests that love then to his creation that is also an Islamic concept.”

Khan said mercy is also closely linked to the concept of charity. In Islam, charity is “a devise of mercy” that goes beyond providing material needs such as food and clothing, but reaches the spiritual level, he said.

As an example, he pointed to a famous saying of the Prophet Mohamed that “even a smile is a form of charity” since it forms a human connection. This is especially true, he said, at a time when humanity is becoming increasingly more impersonal, despite advancements in technology and communications.

However, while mercy is “the core of Islam,” there is tragically a difference between “Islam as an ideal and Islam as it is applied and as it is practiced by people,” Khan said, noting that the same can be said of any religion.

“Unfortunately there are people who will invoke the name of Islam to all kinds of unspeakable and egregious things,” he said.

“Those may claim to be believers who act out in such vengeful and violent ways, but again, it is such an anomaly and such an aberration from the divine message that it’s very difficult to be able to say with a certain straight face that this is really what God intended.”

The professor said that instead, to get to the heart of true Islam one has to go back to the sources of in order to see the real divine message and understand what God is really mandating.

Mercy, Khan said, “is so embedded in Islam that in several places within the Quran it says ‘and establish regular prayer and charity.’”

He noted how two of the 99 attributes Muslims recognize in God are “all-merciful” and “ever-merciful.” These phrases, he added, are invoked at least 17 different times during the five daily prayers Muslims recite throughout the day.

The terms are also invoked by Muslims before they embark on “any act or deed,” so therefore the concept of an all-merciful God also exists in Islam, the professor explained.

When it comes to verses in the Quran supporting vengeance and violence such as death by the sword, Khan said that Islam is “a totalistic religion” which also provides instructions on what to do in a time of war, persecution or when one’s life is threatened.

He acknowledged that there are sanctions for war and for committing physical violence in the Quran, but said they are “a last resort,” and are heavily regulated to societies that would otherwise be “very unregulated, very anarchic, even more brutal than they already are.”

Turning to the current Jubilee of Mercy, the professor touched on Pope Francis’ numerous affirmations that the Holy Year isn’t just for Catholics, but for people of all religions, including our “Muslim brothers.”

When asked how Muslims can participate in the Jubilee, Khan said that one of the most important things to remember is that it’s not just God who is merciful, “but we who are his instruments on earth have an obligation as well as the opportunity to express that kind mercy.”

He noted how the Quran speaks to two different audiences, namely, believers and non-believers, and that mercy is something that can and should be commonly expressed.

“It is incumbent on Muslims to understand that when it comes to mercy, this is something that then binds both believers and all of humanity in the fact that mercy can be displayed, and should be displayed, to everyone,” he said.