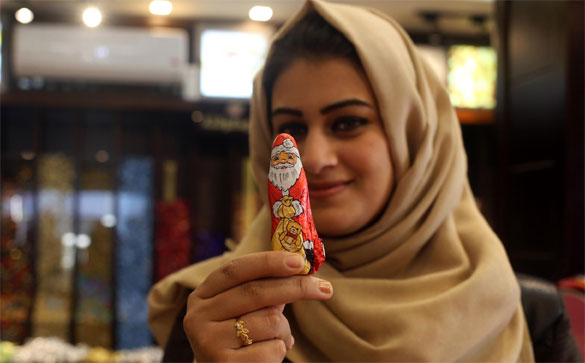 Whether you like him or not, the recently impeached President Trump has openly declared he wants to bring “Merry Christmas” back into the holiday greetings. In the rising areligious, politically correct America, people have been indeed shifting away from wishing each other Merry Christmas, choosing instead to wish “Happy New Year” or simply “Happy Holidays”.

Wishing someone, especially your Christian neighbours and colleagues Merry Christmas does not have to be controversial or uncomfortable.

“Merry Christmas” is a greeting to express glad tidings during Christmas season. Christmas is a combination of the phrase Christ and Mass in reference to the annual tradition that dates back to the fourth century where Christians gather together for a large mass honouring the birth of Jesus Christ. Since Pope Julius I declared that the 25th of December should be regarded as the date of Christ’s birth, mass is held every year on this day. The phrase Christ Mass was shortened to Christmas.

Islamic View on Jesus and His Birth

To start off, Muslims believe Jesus did exist! This may be somewhat reassuring to the Christians who are getting tired of people questioning the existence of Jesus Christ.  Moreover, Jesus, or Isa Peace be upon him, is a Prophet of the highest order in Islam. His birth is mentioned in various places in the Qur’an extremely cordially- some accounts are not found even in the Gospels of Matthew and Luke- the two canonized Gospels with the most detailed accounts of nativity of Jesus. 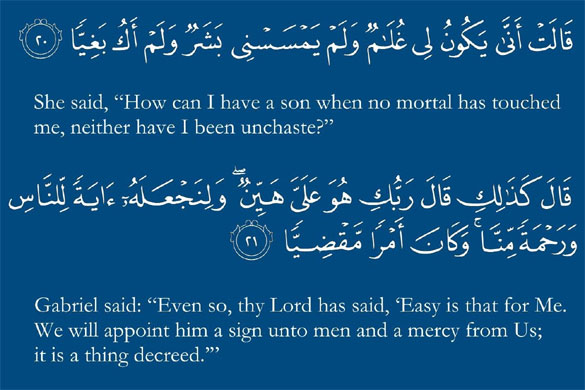 The Birth of Jesus in the Qur’an

There are numerous passages about annunciation and the birth of Jesus in the Qur’an.

Behold! The angels said: ‘O Mary! Allah gives you glad tidings of a Word from Him: his name will be Christ [masiyah, messiah] Jesus, the son of Mary, held in honor in this world and the Hereafter and of (the company of) those nearest to Allah; He shall speak to the people in childhood and in maturity. And he shall be (of the company) of the righteous. The Qur’an 3:45–46

Jesus Speaks From the Cradle

This event is something not found in the New Testament. The Qur’an is very keen on testifying to the chastity and purity of Mary, the mother of Jesus. When questioned by her people as to how she could bear a child without a father, she asked the baby Jesus to speak in her mother’s defines! (“Sister of Aaron” in this passage is in reference to Mary being from the progeny of Aaron, not his sister from the same parent).

“At length she [Mary] brought the (baby) to her people, carrying him (in her arms). They said: ‘O Mary! Truly an amazing thing hast thou brought! O sister of Aaron! Your father was not a man of evil, nor your mother a woman unchaste!’ But she pointed to the baby. They said: ‘How can we talk to one who is a child in the cradle?’ He (Jesus) said:

‘I am indeed a servant of Allah: He has given me revelation and made me a prophet; And He has made me blessed wheresoever I be, and has enjoined on me prayer and charity as long as I live; (He) has made me kind to my mother, and not overbearing (or hard to deal with); So peace is on me the day I was born, the day that I die, and the day that I shall be raised up to life (again)!’ Such (was) Jesus the son of Mary: (it is) a statement of truth, about which they (vainly) dispute.” The Qur’an 19:27–34

Miracles of Jesus Mentioned In the Quran

Jesus’s birth without a father was a miracle. Annunciation accounts in the Quran and the Gospel of Luke are strikingly similar.

Jesus speaks as a new-born from his cradle to defend the honor of his mother, Mary, and to proclaim his prophethood.

He breathes life into clay and makes it into a bird.

He cures the lepers.

He cures the blind.

He brings the dead back to life.

He was born of a miraculous birth, without a father. The Qur’an

gives a parallel with Adam’s birth.

He was a prophet and a messenger of God. He was the word of God,

the spirit of God, and the Messiah. All people in this world will honor him, and he will be honored in the hereafter.

However, he was neither divine nor the Son of God.

He did not die on the cross, but rather God made him ascend to the heavens to protect his honor. He will return to earth before the Day of Judgment, bringing peace and justice to earth.

Jesus Preached The Unity Of God.

He performed many miracles, as noted below, all of them by the will of God, and thus the ultimate power and supremacy lies with God

Whether you believe he was born on December 25 , or on another day in the spring as some believe, his birth is a joyous occasion indeed. It would also be a good reminder here that there are some Muslims who even argue whether we should celebrate the birth of Prophet Muhammad, let alone the birth of Jesus, peace be upon them.

Most Muslims in America do indeed exchange gifts, contribute to the capitalistic Christmas by shopping till dropping mentality, light up the Christmas tree. While Muslims clearly do not accept the doctrine of trinity and salvation, there is still much in common to celebrate the birth of Jesus.

Merry Christmas from this Muslim to all my Christian and Muslim friends and neighbors.