Western Hypocrisy: Hagia Sophia’s Conversion to A Mosque Was Not from A Church or A Cathedral

The conversion of Hagia Sophia into a mosque last week, drew sharp reactions from the Christian, Muslim and secular circles. Many Muslims have supported the “conversion” to a mosque, while others have opposed it. Predictably most Western states and orthodox Christians, among others, have criticized it. I will discuss what I believe is the Qur’an’s view on churches, as well as the hypocrisy of those critical of the move.

To be clear, this time around Hagia Sophia’s conversion to a mosque was not from a church or a cathedral.

Turkey’s President Recep Tayyip Erdogan had announced the decision to convert Hagia Sophia into a mosque after a court annulled the site’s museum status.

Here is a very brief history to understand the issue.

It was built in year 537 during the Byzantine rule of the Constantinople.

It was converted to a mosque in the year 1453 when the Ottoman ruler Sultan Muhammad II conquered the city (later named Istanbul). There are reports that he paid for it from his personal wealth, rather than the state money.

Mustafa Kamal Ataturk, the secular founder of modern Turkey, converted the mosque into a museum in the year 1934.

It has been the second most popular tourist attraction in Turkey in more modern times.

As you can see, the current Turkish court ruling did not convert a church into a mosque. Hagia Sophia has been a mosque for almost 500 years before the secular Turkish founder converted it into a museum. The case has been in courts since and it was not until last week that the Turkish court annulled its status as a museum.

It is also very true that prior to half a millennium history of Hagia Sophia as a mosque, it was a cathedral.

It would be more accurate to say that it was built as a cathedral.

Here is my view on this issue. It is influenced by the teachings of the Qur’an and the Sunnah (teachings, examples and the sayings) of Prophet Muhammad.

The Qur’an actually calls for the protection of the churches, synagogues, mosques and other places of worship. This is something even many Muslims are not familiar with.

…. For had it not been for Allah’s repelling some men by means of others, monasteries and churches and synagogues and mosques, wherein the name of Allah is oft mentioned, would assuredly have been pulled down. Verily Allah helps one who helps Him.…. 22:40

In other words, defending churches and synagogues is helping God’s cause.

I had published a post on Prophet Muhammad’s covenant with the monks of the St. Catherine’s monastery at the foot of Mount Sinai.

Prophet Muhammad’s Covenant with the Christians of Mt. Sinai Monastery

The reported persecution of Christians in Muslim-majority countries, especially in the land ruled by Daesh, or ISIS, as it is known in the west is troublesome. It is often claimed that their actions are in accordance with the Sharia. But is it really guided by Islamic principles, or the Sunnah of Prophet Muhammad?

Here is part of the covenant.

“This is a letter which was issued by Muhammad, Ibn Abdullah, the Messenger, the Prophet, the Faithful, who is sent to all the people as a trust on the part of God to all His creatures, that they may have no plea against God hereafter. Verily God is the Mighty, the Wise.”

“This letter is directed to the embracers of Islam, as a covenant given to the followers of Jesus (of) Nazarene in the East and West, the far and near, the Arabs and foreigners, the known and the unknown.”

“No one is allowed to plunder these Christians, or destroy or spoil any of their churches, or houses of worship, or take any of the things contained within these houses and bring it to the houses of Islam. And he who takes away anything therefrom, will be one who has corrupted the oath of God, and, in truth, disobeyed His Messenger.”

Now the Hypocrisy of The West and Others

It is worth noting that the cathedral was in a bad shape as it was largely neglected for years by the Byzantines before 1453.

The outcry from many in the West has been widespread. Many are expressing concerns for religious freedom and “Islamic fundamentalism”

I could not help noticing the hypocrisy of the silence of these same very vocal voices about a number of mosques in the world that have been turned into temples and churches.

Where were these fighters of religious freedom when numerous mosques around the world were converted to Hindu temples and churches?

Ashok Swain also noted this in his tweet last week.

Now Turkey says why the world was silent when Israel turned Al-Ahmar Mosque into a bar and events hall! For that matter, why world was silent when India turned Babri Mosque to a Hindu temple! #HagiaSophia https://middleeastmonitor.com/20190411-israel-converts-historical-mosque-into-a-bar-and-events-hall/#.Xwy591cSc3A.twitter… via 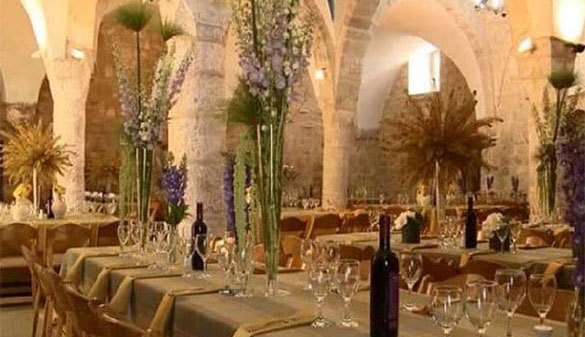 Israel converts historical mosque into a bar and events hall

The Israeli municipality in Safed has turned Al-Ahmar Mosque into a bar and events hall, Al-Quds Al-Arabi reported yesterday.

Here are a few other examples that didn’t hit the radar.

Mosques in Spain have been turned into churches, bars and nightclubs!

The Babri Mosque in India was destroyed by Hindu fundamentalists and turned into a Hindu temple.

The Alhambra Palace Mosque in Granada was converted to the Santa Maria cathedral.

Masjid Qasim Pasha has been changed to Saint Michael cathedral.

The Jama Masjid of Qurtuba has been converted to a cathedral.

Jama Masjid of Seville has been changed to the Church of Marry.

I agree that the two wrongs don’t make it right but you have to be fair and consistent.

Let us hope that this incidence does not create a gulf between Muslims and Christians around the globe and that Hagia Sophia will be open to Muslims and Non Muslim tourists like it has been for a long time. For what it is worth, President Erdogan has pledged to keep all the Christian relics and markings and that he will leave it open to tourists of all faiths.

Original Headline: Hagia Sophia’s Conversion to a Mosque and the Western Hypocrisy