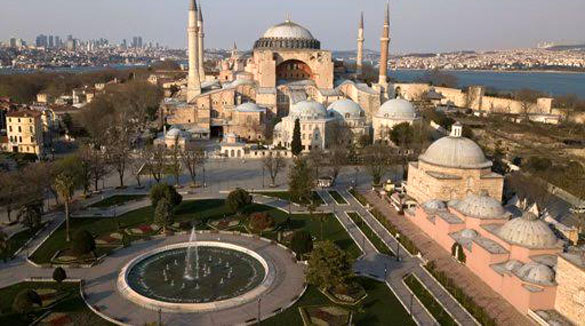 A friend recently complained why I had not very vocally shed tears for Recep Tayyip Erdogan’s decision to convert the Hagia Sophia museum into a mosque. I had cried my tears years ago on observing the inevitable – the slow rise of Islamism in Turkey as a reaction to military authoritarianism of decades. 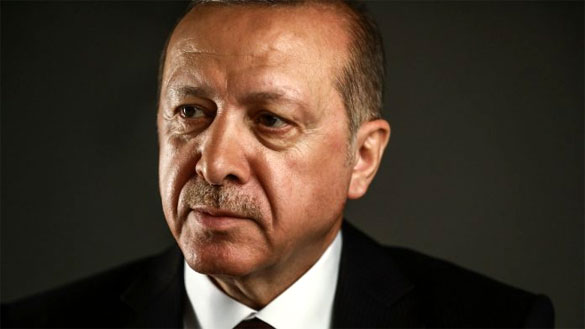 I had observed in 2007, while writing the first draft of my book Military Inc.: Inside Pakistan’s Military Economy, that the three Muslim countries with rampant military authoritarianism — Turkey, Pakistan and Indonesia – were also nations where religious zealotry had gradually increased. The three militaries had built big financial empires, which was not about the armed forces making profit but about gaining autonomy that encouraged greater authoritarianism and led to strange reactions from the society. Religious radicalism was certainly one of the visible impacts.

At the end of the day, the conversion, destruction, or rebuilding of places of worship all around the world are mostly driven by petty political interests of leaders who gain from religious radicalism. What they do with buildings that are places of worship is just an indicator of what they have already done to the societies.

To understand what Recep Tayyip Erdogan has done with Hagia Sophia today, we have to have the courage to admit what Mustafa Kemal Ataturk imposed on Turkish society nearly a century ago, which most secular-minded people don’t complain about.

The rise of Erdogan’s Justice and Development Party, the AKP, which is the nub of the issue complicated by its increasing need to demonstrate its Islamism, is attributable to Turkey’s experience with years of civil-military authoritarianism that goes back to Ataturk himself. Notwithstanding people’s fascination with the founder of ‘secular Turkey’, there is no denying that a new cultural construct was forced on the country’s citizens in as crude a fashion as Erdogan’s effort is to turn it around. Both the founder of modern Turkey and the one bringing religious nationalism crucified people’s cultural identity in their own ways.

Ataturk certainly saved Turkey, or whatever remained of the Ottoman empire, from being further sliced and created a new state. It was then important for him to abolish the Caliphate, which he did after getting rid of the Sultanate. Reading H.C. Armstrong’s biography of Ataturk, published in 1932, one realises that Ataturk was initially cautious against scrapping the Caliphate because of people’s attachment with it. Later, its abolishment was justified on the ground that it posed danger to Turkish State and its nationhood. The people went along. It was later that Ataturk secularised the State and enforced Kemalism on people who were not prepared for it.

Ataturk had promised to “tear religion from Turkey as one might tear the throttling ivy away to save a young tree”. In the process, though, he enforced a new culture that made people abandon what had been theirs for centuries. From enforcing the wearing of the fez with the Western hat, which men had to scramble to find only to end up wearing women’s hats, to changing the script – he brought a shift in the cultural values by conquering the system but without being able to ‘conquer the people’, which was his one gripe.

A Pakistani friend, who had visited Turkey during the 1980s, told me about the longing in the eyes of ordinary Turks for their traditional script. As he was reading a book in Urdu, many Turks around him requested him to write their names for them in a script that was snatched from them. This was brute modernity imposed by an authoritarian military, which had been entrusted with the task of protecting Ataturk’s cultural revolution.

Power Grab by The Military

After Mustafa Kemal Ataturk’ death, the Turkish Armed Forces became the guardian of both the Turkish Republic and the leader’s principles, which convoluted the entire secularisation process. Like all powerful military bureaucracies, over the years, the attention drifted away from the principles towards securing institutional power. The principles, in fact, became the justification for greater military influence.

The first coup of 1960 resulted in the execution of Prime Minister Adnan Menderes. The military inserted itself further into the civilian structure by establishing the National Security Council in 1961. Interestingly, since the failed 1980 coup to assassinate then-President Zia ul-Haq, Pakistan’s armed forces have struggled to establish a similar council to further integrate themselves into formal State power. The Indonesian military, on the other hand, formalised its role of protecting the State with endorsements in the constitution of 1945, the Pancasila (the state ideology), and SaptaMarga, the code of honour of the armed forces.

Turkey witnessed another coup in 1971, but the military intervention in 1980 by General Kenan Evren had a greater influence in turning the society towards its current form. There was massive State violence and use of force against student unions and Left groups in the country. Interestingly, Pakistan’s Zia ul-Haq had visited Turkey during this period and inquired about the military’s ways to deal with the campus unrest, according to Pakistani journalist-turned-politician Mushahid Hussain. There were lessons to be learnt by both the militaries that used brutality to their heart’s content. They certainly learned from each other. For example, Turkish military followed Pakistani model in setting up its military business foundation.

But more importantly, a common measure adopted by both Zia ul-Haq and Kenan Evren was infiltrating university campuses with Islamists. Sources with whom I discussed this history talked about how radical religious values were encouraged in Turkey to push back any resistance from the Left, similar to how the student wing of the Jamaat-e-Islami, which has already entered into many educational institutions in Pakistan, have been further encouraged.

While Pakistan military’s goal was never to protect secularism or Islamism, it had a major role in creating and then protecting religious nationalism, which I call Pak-Islamism. Similarly, the Turkish military, during the 1980s, was no longer the guardian of secularism but its own power. Furthermore, the partnership with the US to fight the Communist Soviet Union made it more important to encourage religious politics in both countries. The 1980s is a critical decade in pushing religious radicalism at a faster pace in both Pakistan and Turkey, driven by their militaries’ ambitions rather than society’s instincts.

The intertwining of religious radicalism with the military’s greed for power made religion the natural space for political dialogue. Erdogan’s AKP grew out of that very space, which it is trying to claim further by its questionable move to turn Hagia Sophia into a mosque. In Turkey, the military and Ataturk produced an authoritarianism that eventually devoured it. Erdogan is simply a new replacement. In Pakistan, where the military is both the beneficiary and producer of a different historical experience, it’s an overall radicalism that grew instead of one particular religious party getting strengthened.

A sadder conclusion is that while public attention is focused on the fate of one monument, much more has been lost in Turkey. The decision on Hagia Sophia will not change perhaps for decades. One can complain but also lament about the tears that were never shed while Turkey was pushed in this direction by State authoritarianism.