Islam, Hinduism, Christianity and other Religions Call Ignorance Rejection of Truth That Diminishes God and His Creation

All the Divine Scriptures and Holy Books of All the Religions, Islam, Hinduism, Christianity, Judaism and Buddhism Ask Human Beings to Acquire and Impart Knowledge

1.    Religious and spiritual leaders and scholars of every hue have advocated in favour of education to be imparted to all the human being as the most basic right.

2.    Those who are using the ignorance of the people to their momentary advantage are ignorant that they will be judged hereafter.

3.    The Islamic concept of Jahiliyyah is not ignorance but a state of ignorance created by ignorant people.

4.    The unawareness of our religious teachings has brought us to the situation where we have become a toy in the hands of evil.

All the divine scriptures and holy books of all the religions, Islam, Hinduism, Christianity, Judaism and Buddhism ask a human being to acquire and impart knowledge, to the best of their ability. The religious and spiritual leaders and scholars of every hue have advocated in favour of education to be imparted to all human beings as the most basic right. Literacy brings knowledge and knowledgeable people understand their rights and social and environmental responsibilities towards society and nature. In absence of knowledge, people are left without information that is available at the click of a button.

Once upon a time, it was said that 'ignorance is bliss. Now the modern time has made this maxim meaningless and harmful in every sense of its meaning who still take it as a blessing in disguise. It is because of ignorance that people are information less and falling prey to social and political evil. Even those who are using the ignorance of the people to their momentary advantage are ignorant that they will be adjudged on their deeds hereafter and will be punished by the ultimate judge on the Day of the Judgement. The category of using the ignorance of the ignorant to their benefit does not include only the politicians as we take rather the first position in this department goes to the teachers who use the ignorance of their students in making them believe that they are imparting the right lesson to them while not keeping themselves up-to-date with their subjects.

The Islamic concept of Jahiliyyah is not ignorance but a state of ignorance created by ignorant people. The people that are not educated are called ‘Jahil’ in Urdu and ‘uneducated’ in English. An uneducated can be educated but an ignorant (unaware) person cannot be transformed into an informed person. Well, education is related to awareness but only to a certain extent. Our forefathers were not educated, as such, but were aware of their religious, social and political rights. Therefore, we have come out of the age of ignorance but have got trapped in the grip of the age of unawareness.

In the age of Jahiliya, all were illiterate hence ignorant. In this age of unawareness, people are literate but unaware of how they are being misused and thrown in the darkness of ignorance.

The unawareness of our religious teachings has brought us to the situation where we have become a toy in the hands of evil. And are destroying the future of our coming generations. Let us then perform our duty towards our brethren and teach them what our religious epics tell us about a life that is peaceful and harmonious. Consider the following teachings of various religious epics and Holy Books and the saying to the religious leaders. 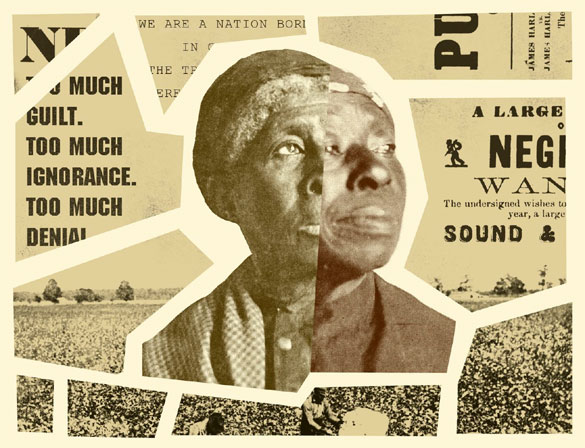 Islamic Disapproval of Ignorance through the Quranic Texts

Musa answered, "I seek the protection of Allah from being one of the ignorant." (Al-Baqarah: 67)

Nay, their hearts are in overwhelming ignorance with respect to it and they have besides this other deeds which they do. (Surah Al-Muminoon: 63)

And do not abuse those whom they call upon besides Allah, lest exceeding the limits they should abuse Allah out of ignorance.... (Surah Al-An'aam: 108)

….and follow not that of which you have not the knowledge; surely the hearing and the sight and the heart, all of these, shall be questioned about that. (Surah Al-'Isra': 36)

O you who believe! if an evil-doer comes to you with a report, look carefully into it, lest you harm a people in ignorance, then be sorry for what you have done. (Surah Al-Hujurat: 6)

Prophetic Traditions Regarding the Ills of Ignorance

Ibrahim ibn al-Ash’ath reported: Al-Fudayl ibn ‘Iyad, RA, said, “Allah Almighty revealed to some of His Prophets: When those who know Me disobey Me, I will make them be ruled by those who do not know Me.” (Al-‘Uqūbāt li-Ibn Abī Dunyā 33)

Abbad ibn Abdullah reported: Aisha, may Allah be pleased with her said, “How quick are people to fault what they have no knowledge about!” (Saheeh Muslim 973)

Abdullah ibn Abbas reported: A man presented a water-skin filled with wine to the Messenger of Allah, peace and blessings be upon him. The Prophet said, “Do you know that Allah has forbidden it?” (Saheeh Muslim 1579)

Ibn Abdul Barr said, “In this tradition is further evidence that the sin is lifted from one who does not know.” (Al-Tamhīd 4/145)

Buddhism and Its Description of Avijja (Lack of Knowledge or Ignorance)

Ignorance is like a thick cloud that darkens the sky, blocking the bright light of our inner wisdom. (Dharma Master Cheng Yen)

Following are the three steps of the twelve steps that are taken as the links in the development of life, according to Buddhism.

1. In the beginning the existence was blind. There was no knowledge. All of it was a great sea of ignorance.

2. In that great sea of ignorance there were some stirrings that were formative and organizing.

3. From these stirrings arose the awareness of feelings.

Description of the Negativities of Ignorance in Hinduism

O son of Bharata, the mode of ignorance causes the delusion of all living entities. The result of this mode is madness, indolence and sleep, which bind the conditioned soul. (Bhagavad Gita (14.13)

The Blessed Lord said: Again I shall declare to you this supreme wisdom, the best of all knowledge, knowing which all the sages have attained to supreme perfection. (Bhagavad Gita 14, Verse 1)

By becoming fixed in this knowledge, one can attain transcendental nature, which is like My own nature. Thus established, one is not born at the time of creation nor disturbed at the time of dissolution. (Bhagavad Gita 14, Verse 2)

O sinless one, the mode of goodness, being purer than the others, is illuminating, and it frees one from all sinful reactions. Those situated in that mode develop knowledge, but they become conditioned by the concept of happiness. (Bhagavad Gita 14, Verse 6)

The manifestations of the mode of goodness can be experienced when all the gates of the body are illuminated by knowledge. (Bhagavad Gita 14, Verse 11)

O son of Kuru, when there is an increase in the mode of ignorance madness, illusion, inertia and darkness are manifested. (Bhagavad Gita 14, Verse 13)

Bible and Its Lessons on the Ills of Ignorance

They are darkened in their understanding, alienated from the life of God because of the ignorance that is in them, due to their hardness of heart. (Ephesians 4:18)

My people are destroyed for lack of knowledge; because you have rejected knowledge, I reject you from being a priest to me. And since you have forgotten the law of your God, I also will forget your children. (Hosea 4:6)

The times of ignorance God overlooked, but now he commands all people everywhere to repent, (Acts 17:30)

Desire without knowledge is not good, and whoever makes haste with his feet misses his way. (Proverbs 19:2)

And Jesus said, “Father, forgive them, for they know not what they do.” And they cast lots to divide his garments. (Luke 23:34)

If any of you lacks wisdom, let him ask God, who gives generously to all without reproach, and it will be given him. (James 1:5)

Beloved, do not believe every spirit but test the spirits to see whether they are from God, for many false prophets have gone out into the world. (1 John 4:1)

The prudent sees danger and hides himself, but the simple go on and suffer for it. (Proverbs 22:3)

Seek knowledge from the Cradle to the Grave

Allah, the Most Gracious sent His Prophets to all the regions of the world and revealed His Holy Books with the guidance for the people to take to the right path. All other religious texts too have the guidance for the people to understand their duties and responsibilities to live a life full of light and tranquillity. The verses of various religions stated above campaign the same message and that is to acquire knowledge as your first duty towards your Creator.

Allah, the All-Knower knows the future of the universe and the times to come are all open to Him hence His command to acquire knowledge need to be followed. Life without knowledge is being tough for both the educated and the uneducated as the illiterate are sympathising with the people of greed and dishonesty and are thus unknowingly helping the world getting hellish.

The world organisations like UNESCO must get to work and spread the message of ‘education’ and ‘no to Jahiliya’ at the earliest. The world society is on the brink of societal collapse because of the ignorance spread and spreading like forest fire even into the so-called highly educated class of the society. The ignorance of religion and casteism is spreading its wings, thanks to the higher strata of the society in the lust for political power, the most and the materialistic gain in general.

The world must teach its population religion, spiritualism and pluralism in quest of peace and brotherhood along with science and technology for the sake of luxuries for all.

Let us not forget the first Ayat revealed on the ‘peace for the world’, Rahmat ul Lil Alameen. Prophet Muhammad Pbuh: Read, ˹O Prophet, ˺ in the Name of your Lord Who created— (Surah Al-'Alaq - 1) and strive to get knowledge to the best of our ability. And say: O my Lord! Increase me in knowledge! (Ta Ha: 114)