India Stands Tall with Its Message of Unity in Diversity

1.    India worships the concept of the Idea of India, ‘the Unity in Diversity.

2.    The history of Islam in India goes back to the days of King Cheraman Perumal of Kerala.

3.    Mughal emperors were advocates of Hindu-Muslim unity in India.

4.    Chhatrapati Shivaji has been an embodiment of Hindu-Muslim unity

5.    Hindus and Muslims stood together and fought for the independence of mother India

India’s deep-rooted pluralistic democracy is an example of brotherhood and shared cultural values of all the religious communities living here.

The history of Islam in India goes back to the days of King Cheraman Perumal of Kerala about whom it is said that he was one of those who witnessed the supernatural event, splitting of the moon performed by Prophet Muhammad (SAW). This miracle, splitting the moon, finds a place in the Holy Quran as well.

Malik Deenar, a Persian scholar and traveller, believed to be one the companions of the Holy Prophet Muhammad (SAW) was one of the first among Muslims to come to India for Dawah in the Indian Subcontinent. Malik Deenar was asked by the Holy Prophet Muhammad (SAW) to accompany King Cheraman Perumal to India. King Cheraman Perumal died in Oman during his return from Arabia. Thus, Islamic association with the Indian subcontinent starts with the earliest age of Islam. 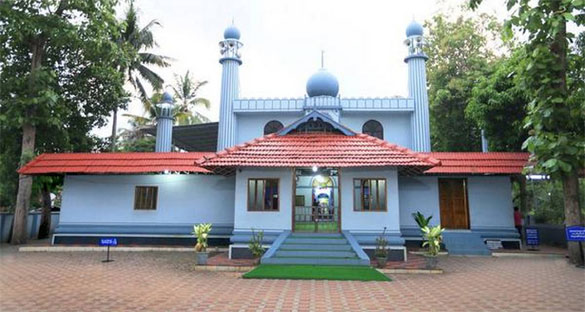 According to Wikipedia: Hindu-Muslim Unity: Mughals emperors were advocates of Hindu-Muslim unity in India. They not only appointed Hindus on the highest posts of administration but celebrated Hindu festivals of colour (Holi) and Light (Deepawali) in a way that Islamic traditions got well-knitted in the Indian Hindu traditions. History has it that Hindus also celebrated Muharram and respected the holy month of Ramazan by ceasing to eat in public for the whole month.

Chhatrapati Shivaji has also been an embodiment of Hindu-Muslim unity. Many Muslims have graced high posts in Maratha Hindavi Swarajya. More so, Chhatrapati Shivaji’s most valuable courtiers were Muslims and the responsibility of his security has been under the power of a Muslim. The third battle of Panipat saw a Muslim general heading the army, who later lay his life for the cause. 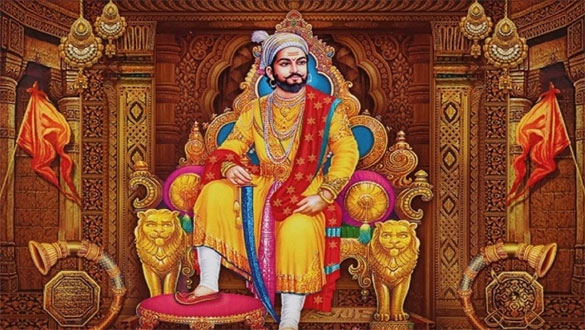 Hindus and Muslims stood together and fought for the independence of mother India in the First War of Independence in 1857.

Various Deoband Muslim scholars such as Qari Muhammad Tayyib and Kifayatullah Dehlawi called for a united India. They were advocates of Hindu-Muslim unity with a concept of composite Indian nationalism

Hindu-Muslim unity is a prerequisite for the freedom of India. It is the religious and political duty of the Muslims that they should work for the freedom of India and continue this struggle until the government accedes to their demand. It is their duty, which they must do with or without companions, it is the order of the Almighty. If non-Muslims extend to you the hand of friendship, you too must extend yours, for compromising for the right cause will establish you as true believers in Allah.

From the 7th century to this day, India worships the concept of the Idea of India, ‘the Unity in Diversity in every nook and corner of the country. Many of us may not be knowing it for the lack of information and propagation but this beautiful and pious emotion of brotherhood exists in India in various field.

There are exciting examples of pluralism and secularism happening spontaneously in remote India that exhibit the deep-rooted love for one another in the larger Indian society. Muslims coming forward to help the Hindis and vice-versa show that there is neither any ingrained hatred between the communities not it is possible to cultivate.

Given below are the news of brotherhood, sympathy, love and affection among the followers of Hinduism and Islam.

Communal Harmony: Muslim Family Donates Their Land For A Temple In Bihar

In the Noor-e-Ilahi area of Delhi, there is a lane called 'Mandir-Masjid Marg' as there is a temple and a mosque on that lane. Hindus saved the mosque of the lane from mob while Muslims saved the temple.

In Uttar Pradesh's Meerut, a person has set a unique example of communal harmony. A person has printed a photo of Lord Ganesha along with the moon-stars on the daughter's wedding card to promote Hindu-Muslim unity.

Every Year, Hindu And Muslims Together Celebrate The Two Month Long 'Bada Mangal' Festival In Lucknow

Motibar Rahman, A Muslim Man In Assam Looking After A Hindu Temple And Taking Care Of It

Humanity Above Religion: Muslim Brothers Cremate Their Brahmin Uncle According To Hindu Rituals

The stories mentioned above in the form of news are the sign of ingrained love and brotherhood in the psyche of all of us, the Indians. We may fight like brothers but we remain brothers. India has seen many ups and downs in history but has stood firm in its acceptance of pluralistic ideology. Governments and leaders will come and go but India will remain with its Idea of India.