‘Honour Killing’ Is a Brutal Murder of Innocent Lives, Denying Their Universally Accepted Basic Human Rights In The Name Of Religious Culture and Norms That No Religion Advocates

1.    Human beings are obeying their handlers, spiritual or social, with a sense of blankness that is guiding them to Honour Killing.

2.    Various immoral social reasons are playing their part in deviating a person from his spiritual path of respecting human lives.

3.    Defeating the inner devil (Shaitan) is the victory of spiritualism and humility over the evil mindset.

4.    Society must be taught not to take the illiterate pseudo-religious leaders preaching on their face value. 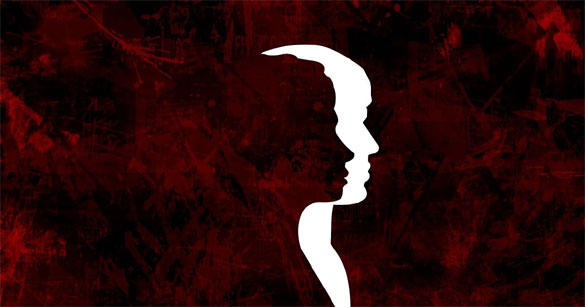 Ills like illiteracy and poverty have driven human sense of moral thinking on the path of immoral activities. Religious and social leaders use us for their greed of name and fame. Much waited 21st century has driven wisdom oriented human mind to an age of Jahiliya (illiteracy) where there is an unbridged gulf of differences between the lower and upper classes. This divide is apparent between the religious heads and their followers. Illiteracy and poverty is the root of all the evils prevalent in society including the ‘honour killing’

These are gloomy days for the world where human beings are living like zombies. They look like human beings but in all probability, they have lost their purpose in life. As zombies go around their work mechanically, human beings also are obeying their handlers both spiritual and social, with a sense of blankness that is guiding them to prevalent evil like ‘honour killing’ among others. They seem to have lost their holistically ingrained power of wisdom, intellect and logic.

The Present Age of Jahiliya

Almost every day one confronts incidents around the world, through newspapers and social media platforms that are devoid of any logic, whatsoever. Such people are nothing but lost living beings in the vast gathering of the human race. Their mindless behaviour and their cruel inhuman acts have left nothing to distinguish between a human being and a beast. Calling their actions beastly will perhaps be being unjust with the beasts as beasts kill beasts for the food that is inherent in them. But they never kill one from among their species. But, what about the human being, what is inspiring them to kill their blood relatives in the name of honour. Matter of investigation should be, as to who taught them that killing, for any reason whatsoever, is a matter of honour. Jahiliya like situation has taken society back to the age of Jahiliya. During that age, like the present one, various immoral social reasons were playing their part in deviating people from their spiritual path. Illiteracy and poverty are the food the ingrained devil in our personality sustains on.

Defeating the inner devil (Shaitan) is the victory of spiritualism and humility over the evil mindset. Human beings are sent on this earth, divided into nations and communities, to test their faith in their Creator and to win over the wrong deeds.

Kill the Shaitan within Not the People among You

Had we not forgotten the teachings of our respective religions we would not have fallen prey to the social ills like illiteracy and subsequently poverty. Defeating the devils within us will defeat the evils of society. We have to be taught to lead a sacred life, guided by our religions. Only then society will understand that in no way can killing be an honour. The ‘Honour Killing' should be called ‘Societal Killing’ and the killer should be declared dangerous for the society with immediate legal pronouncements.

A human being is a social animal hence every action of his, good or bad, should be the responsibility of society also. Society remembers its heroes with pride and takes accolades of their success as its own. Well, that is not inappropriate, society plays a social and inspirational role in everything that a person achieves. Therefore, as in an act of suicide, people around the victim are investigated, people around the perpetrator of honour killing should also be investigated as to what made him or them take such an extreme step.

In most cases around the world, the reason behind an act of honour killing is supposed to be a girl’s immodest act, an act that goes against the prescribed social norms. Such social norms are formulated by organisations like ‘Khap Panchayats’ and ‘Jirgas’ the religious bigots, who do not understand the A B C of the religion they take shelter into and pronounce judgments against the adherence of human rights.

Our society needs to fight the social deprivations arising due to various social, cultural and economic reasons that rule over our good senses and force us to immoral acts. Consider the following:

Submit yourselves therefore to God. Resist the devil, and he will flee from you. - James 4:7 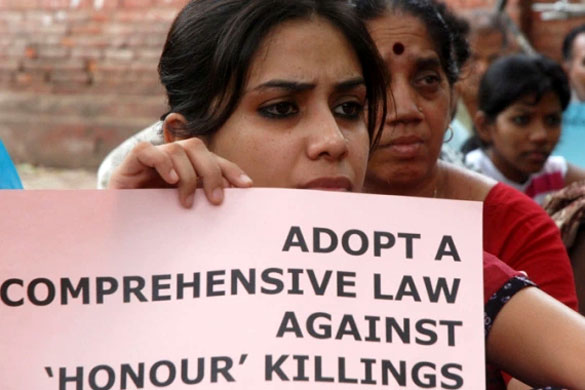 It is difficult to get the actual number of "honour killings", as they are often disguised as accidents or suicides [EPA]

Role of the Social Organisations

The number of people with humane ethos in the world is much more than that of the people of immoral conscience. The world has various social and political organisations working for the betterment of the people around subcontinents, fighting the prevalent social ills. But, we have not reached a state of a uniform moral education system that may enhance spiritual understanding. The glitches that come in the way of universal moral teaching should be identified and taken care of. Among all the social evils most heinous is ‘honour killing’ so it is time to take concrete steps to safeguard the vulnerable children being killed in the name of honour.

Making one religion or community a scapegoat for the heinous hour killing is neither a solution nor appropriate a way to fight the menace. The incidents of Honour Killing are widely spread in the society inhabited by almost all the religious and religious faiths followers. Such acts of scapegoating and blaming work-life fanning a flame and it makes others behave like an ostrich, pretending not to see the crime being committed in their societies.

As far as the religious moral and humanitarian lessons and teachings with commands to follow are concerned there are numerous Ayat, Prophetic Traditions, Shlokas and sayings that condemn such barbaric acts. Religions and religious teachings advocate being morale as the uppermost characteristic of human life. Consider the following religious teachings of peace and tranquillity among all the creations of the Almighty God:

The [unmarried] woman or [unmarried] man found guilty of sexual intercourse - lash each one of them with a hundred lashes, and do not be taken by pity for them in the religion of Allah, if you should believe in Allah and the Last Day. And let a group of believers witness their punishment. (Ayah an-Nur: 2) - Sahih International

“And their Lord has accepted of them and answered them, “Never will I suffer to be lost the work of any of you, whether male or female, you are members, one of another…” (Al-'Imran: 195)

“Whoever chooses to follow the right path follows it but for his good; and whoever goes astray, goes but astray to his hurt; and no bearer of burdens shall be made to bear another’s burden.” (17:15)

“O you who believe! Stand out firmly for justice, as witnesses to God, even as against yourselves, or your parents, or your kin, and whether it be (against) rich or poor: For God can best protect both. Follow not the lusts (of your hearts…..” (Qur’an 4:135)

And those who accuse their wives ˹of adultery˺ but have no witnesses except themselves, the accuser must testify,1 swearing four times by Allah that he is telling the truth, and a fifth oath that Allah may condemn him if he is lying. (Surah An-Nur: 6-7) — Dr Mustafa Khattab

Prophetic Tradition and Scholars Opinion on the Illicit Relationship

Abu Huraira (RA) reported that Sa'd b. Ubada (RA) said: Messenger of Allah if I were to find with my wife a man, should I wait until I bring four witnesses? He said: Yes. Bukhari: Volume 7, Book 63, Number 185

“There is no doubt that laxity on this matter is one of the greatest means leading to women lives being destroyed, especially in the Bedouin regions, which are characterized by harsh-heartedness and a strong sense of honour and shame stemming from Pre-Islamic times.” Yemeni scholar al-Shawkani (d. 1834 CE)

In the modern period, many of the most prominent Muslim scholars from all sects and backgrounds, such as the Sunnis Yusuf al-Qaradawi and Abdallah al-Ghumari (d. 1993)7 and the late Shiite scholar Muhammad Husayn Fadlallah (d. 2010), have declared honour killing totally impermissible in Islam, as have a group of Canadian imams, the Muslim Council of Britain and the prominent American imam, Zaid Shakir

Hinduism on the Sanctity of a Woman and Her Relationship

Arjuna said: - “With the preponderance of vice, O Krishna, the women of the family become immoral; and from the immorality of women, O descendent of Vrishni, unwanted progeny are born.” - Chapter 1, Verse 41 and 40;

Krishna said: - “O Parth, it does not befit you to yield to this unmanliness. Give up such petty weakness of heart and arise, O vanquisher of enemies.”  - Gita Chapter 2, Verse 3

This is neither born nor does it die. Existing now, it will never cease to exist. This is unborn, eternal, immutable and permanent. It is not slain when the body is slain.  Bhagavad Gita Chapter II – Verse 20

Christianity and the Vice of Killing

Whoever be without sin among you, let him throw the first stone… (Jesus’ in John 8:7)

Let love be genuine. Abhor what is evil; hold fast to what is good. - Romans 12:9

Honour Killing is a Breach of Trust

“… Surely Allah does not love the treacherous.” (Surah al-Anfal: 58)

Honour Killing is a brutal murder of innocent lives, denying their universally accepted basic human rights in the name of religious culture and norms that no religion advocates. Murder in the name of religion is a blot on the religion concerned. Society must be taught not to take the illiterate pseudo-religious leaders preaching on their face value.

Murder under the guise of ‘honour killing’ will not go without trial at the Day of Judgement and should not go without a trial in society, either. Let society stand with the innocent boys and girls and swear to safeguard their right to life.