Forced Conversion is Unethical and Against the Will of Allah

How can anyone think of educating or re-educating anyone else by compulsion when a human being, does not like to be compelled, under any circumstances. Compulsion creates a negative feeling. If one wishes someone to accept his ideas one will have to keep teaching him with love and affection that is Dawah, invitation to listen not to accept. Acceptance has to come through, on its own after understanding what is being taught. If the Dawah is right, it will bring result, today or tomorrow. One will have to wait, simply cannot compel.

Look at a child, if you forbid him/her to not to do something, he or she will certainly do it or will try to do it to the best of his/her ability or physical strength. Human beings are psychologically built like this. 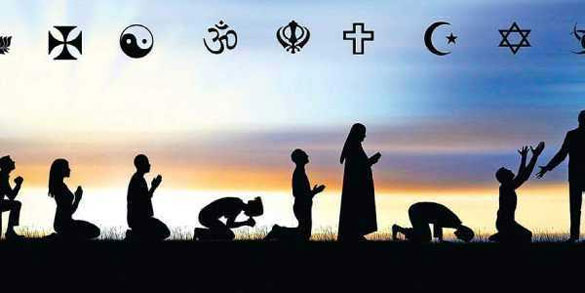 Image used for representational purpose only

With the passage of time, a man gets more intelligent, starts understanding things better than before and through his wisdom accepts the things or does the things as commanded by elders of his family or the society. But if one is compelled to accept something about which he does not know anything or about which one has always learnt in negative through his elders, will never accept it through with heart and if compelled to accept it, will be more harmful than useful in the days to come. And I am talking of the social activities, which are temporary and the child or the adult, with the passage of time, may understand sooner or later, and accept what he/she was being compelled to do or not to do.

Religion is not like any other social activities. Religion with us is by birth. We do not have a choice of upholding the teachings of religion after getting wiser. Religion is a vast and mystical thing which one witnesses from the time of one's birth through various religious customs and rituals, like Azan and many other things, in almost all religions.

Do we know that a kid has the sense of learning through watching and listening from the time of birth, if yes, we must acknowledge that the religious customs and rituals which we have witnessed right from the time of our birth till we become adults, leave impeccable impressions on our mind. Our acts and religious behaviours take the form of the others around us and we inherently start liking the religion and its customs. Can this impeccable religious impression be left behind, so easily, even we try our best? Does not seem possible even for the sake of love and affection. To my mind, it is almost impossible.

The Almighty Allah, the best knower of everything says in the Holy Quran:

“And if your Lord willed, all those who are in the earth – everyone of them – would have accepted faith; so will you (O dear Prophet Mohammed – peace and blessings be upon him) force the people until they become Muslims?” (The Quran -10:99)

In the above mentioned Ayat, Allah says, “And if your Lord willed, all those who are in the earth – everyone of them – would have accepted faith'.

Then the question is why He does not will so. If the Almighty Allah did not will, there has to be some very serious reason behind it. We should study and try to understand the message behind this Ayat and the common people should be preached by our religious scholars not to even think about converting anyone by compulsion.

People who think that forced compulsion will bring divine blessings to them should think twice and study the above mentioned Ayat. If Allah did not will everyone on this earth to believe, who are we, His slaves, to go against His will. Do we think we are wiser and powerful (Nauzobillah)?

If you think someone has taken or is taking the wrong path by not having faith in Islam, talk to him and keep talking, that is called Dawah, till he himself accepts that he was on the wrong path. Dawah is to invite not to compel anyone to accept your faith.

For example, when there is a celebration of any kind at your house, you invite others to attend your celebration, you do not compel. And if you are so socially powerful to make people attend by compulsion, they will come but not with blessings but ill feelings in their hearts, even if they will not let their feelings come out in the open. This situation will create negative waves which will translate into the devastation of some kind.

Forced conversions by any standard and for any reason is unacceptable in front of Allah, the Almighty.

If there are conversions (not forced) for the sake of love, I must admit that this must be a divine love. Love is a very powerful and mystic feeling, if it is a true love that can change one's life forever. When in love one ceases to think even for them with whom he/she has been in love for so many years, as his parents and relatives and friends, and converts to a totally different world. But whether he/she accepts that religious conversion by heart and whether there is any use of such converted people for the religion concerned, is doubtful.

If the marriage has been performed after the compelled conversion there is no reason to believe any positive thing will happen in the life of the married couple or the religion concerned. Allah certainly does not like the people who compel anyone to accept His Deen as it is like going against His command. 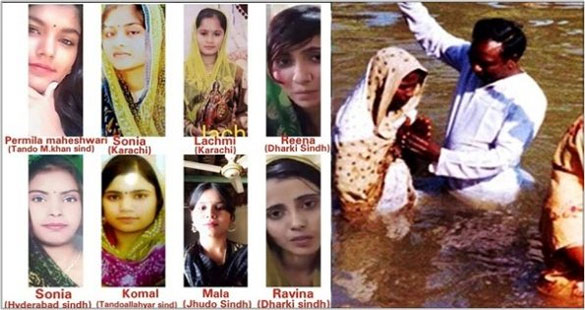 Religion by compulsion, cannot be useful rather it looks like having very dangerous, evil consequences for all concerned.

To strengthen the truth behind the Forced Conversion being unholy, evil, and against the command of Allah, we can consider the first part of the Ayat 18:29 in which the Holy Quran says:

Muslims all over the world will certainly not even think of forced conversion, for whatever the reason, in the light of the above Quranic command. And if they do so, that will be going against the will of the God.