Concept of a Blissful and Inclusive Society in Islam, Hinduism, Christianity and Other Religions

Every Religion, Abrahamic or Otherwise Guides Its Followers Towards The Manifestation Of A Beautiful Society Laden With Peace And Tranquillity

1.    For a beautiful society, beautiful people pluralistic ideologies are the first requirement

2.    A society is an amalgam of religious and social institutions that are required to run it like a well-oiled and nicely looked after chariot.

3.    Today's society is riddled with the discriminatory deficiencies of religion and its ethos.

4.    Today's majoritarian society of the world is ready to accept the minority 'others' but only if those 'others' are prepared to accept the religious supremacism of the majority.

5.    A blissful society embedded with the ethos of inclusiveness and tolerance for others is the need of the hour. 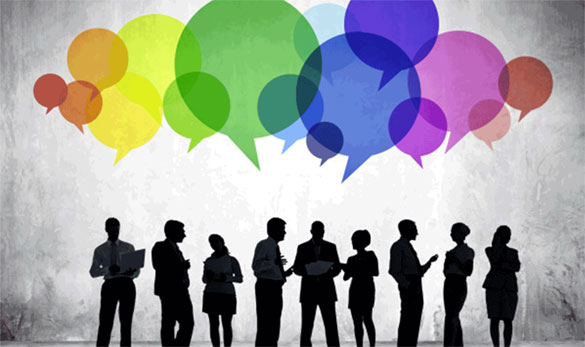 Man is a social animal. That is why man requires a society to live as a social being. A society is an amalgam of religious and social institutions that are required to run it like a well-oiled and nicely looked after chariot. For a beautiful society embedded in the beautiful social ethos, beautiful people with pluralistic ideologies are the first requirement, everything else comes next. Pluralistic ideologies of a society are not against the materialistic achievements, development and richness rather take them as the basic ingredients of a nicely ornamented society. An adored society carries graceful honesty, loving brotherhood, divinity ingrained respect for each other and a highly placed ethos of equality among all the members. The spiritual demand of a respectable society is that all the above-mentioned qualities are accepted without any discrimination of any kind, religious or social. And all are living in harmony and peace. A society can enjoy the fruit of its development only if it is at peace with itself.

Today's society is riddled with the discriminatory deficiencies of religion and its ethos. Among many of its reasons is its blind race behind the accumulation of materialistic belongings. For in such a situation a man forgets his personality’s ingrained divine powers and falls prey to the satanic upheaval.  Each one of us has a micro portion of the satanic trait in us and fighting and defeating it is like being on the ‘(Serat ul Mustaqeem الصراط المستقيم‎), the straight path guided by the holy scriptures of all the religions.

Unless we accept and practice, 'For you is your religion, and for me is my religion." (Surah Al-Kafirun - 6) — Saheeh International', nothing is going to change for the better. Today's majoritarian society of the world is ready to accept the minority 'others' with all their beauties and ugliness but only if those 'others' are prepared to accept the religious supremacism of the majority. This is the real satanic bane of society at present. We will have to fight and win this supremacist attitude of the people with the minorities of the society, with the help of religious teachings of their religious books. In case, we failed to do it the concept of a blissful society will remain in the realm of dream.

Every religion, Abrahamic or otherwise guides its followers towards the manifestation of a beautiful society laden with peace and tranquillity. What we lack at the moment is the beauty of our educational system, both at home and at the institutions. Our society lacks the spiritual education imparted through visual media, print media, social platforms and of course the educational institutions. All these media care for their materialist earning and not the religious and spiritual wealth that will bring them peace of mind and God’s rewards.

Consider the following verses and sayings of various religions that propel human being to divinity and a spiritual world that is full of peace, tranquillity and freedom of mind.

Islamic Ethos of an Inclusive Society

Islam has always been an ardent advocate of a pluralistic and inclusive society. Quran says that the creator of the universe is Allah, the Most Gracious hence all the communities that reside on the planet earth are His creation. Thus all that Islam says, say for the whole of humankind and not exclusively for the Muslims. And in that sense, the teachings and the guidelines of Islam in connection with the formation of society are for the whole world.

... and give preference (to them) over themselves, even though they are in poverty. -And those who are saved from the greed of their hearts are the successful. - (Surah Al-Hashr - 9) — Mufti Taqi Usmani

We have moulded you into a society justly balanced that ye may be a pattern unto others, even as the prophet (SAW) has been a pattern unto you. (2:143

You are the best of people evolved for mankind enjoining what is right, forbidding what is wrong (3:110)

Do not follow your own desires and deviate from the truth. If you twist or turn away, Allah is aware of what you do". Al Quran (4: 135).

"Among those we have created there is a community who guides by the Truth and act justly according to it. Al Quran (7: 181)

Does not let hatred for a people incite you into not being just? Be just. That is closer to Taqwa. Fear [and respect] Allah. Allah is aware of what you do" (5: 8)

That is the home in the next world which We build for those who do not mean rebellion and disturbance in the Earth, and (good) end is for those who fear God. (Qur'an 28:83)

Those who rebelled in cities and enhanced disorders in them, God visited them with His punishment. (Qur'an 11:10)

Whoever of you see something wrong must seek to rectify it by action or deed, if he cannot, let him change it by words, if he cannot, let his feeling of disapproval and condemnation intensify and this is the minimal degree of faith. (Recorded by Imam Muslim in Kitab al-‘Iman)

How Hinduism Perceives a Society

“The demigods are natural elements like earth, water, air, fire, ether. If we worship (conserve/respect) nature, environment and please demigods, then demigods will bless us with abundance nature gift and beauty, and thus, by cooperation between men and nature (demigods), prosperity will reign for all”. (Verse 3.11 - Bhagwat Gita)

“As the ignorant perform their duties with attachment to results, learned may similarly act, but without attachment, for the sake of leading people on the right path.” (Verse BG 3-25 - Bhagwat Gita)

The following verse BG 18-46 in Gita believes in Karmic actions that are pure, honest and good for the welfare of society.

“Work is worship. A man can attain perfection in his own profession and by dedicating all actions to god the source of all beings and who is all-pervading“. (Verse BG 18-46 - Bhagwat Gita)

“If one cannot take to devotion to supreme, then engage yourself in the cultivation of knowledge. Better than knowledge, however, is the practice of Yoga and Meditation. Meditation brings enlightenment.” (Verse 12-12 - Bhagwat Gita)

Christian Verses that Explain the Beauty of a Society

"Look how good and how pleasant it is when brothers live together in unity!"- Psalm 133:1

"Everyone who hates his brother is a murderer, and you know that no murderer has eternal life present in him."- 1 John 3:15

“The authorities that exist are appointed by God…he is God’s minister to you for good…an avenger to execute wrath on him who practices evil” (Romans 13:1, 4)

“Do your work heartily as unto the Lord, not to men. It is the Lord Christ whom you serve” (Colossians 3:23)

But if anyone has the world's goods and sees his brother in need, yet closes his heart against him, how does God's love abide in him? (Apostle John says in 1 John 3:17)

But when you give a banquet, invite the poor, the crippled, the lame, the blind, Luke 14:13

But I say unto you, Love your enemies, bless them that curse you, do good to them that hate you, and pray for them which despitefully use you, and persecute you. (Matthew 5:44)

“All things were made through Him, and without Him, nothing was made that was made. In Him was life, and the life was the light of men” (John 1:3-4)

“Don’t be drunk with wine but be filled with the Holy Spirit, speaking to one another in psalms, hymns, and spiritual songs, singing and making melody in your heart to the Lord” (Ephesians 5:18-19).

“that you being rooted and grounded in love may . . . know the love of Christ which surpasses knowledge” (Ephesians 3:17, 19)

Philosophers and Scholars on a Perfect Society

Consider the following sayings of scholars of different ages voicing the same ideology required in the formation of a formidable and inclusive society.

Society is a Divine creation, an aggregate of different individuals, with religion as the backbone. Its features are the essentiality of self-sacrifice for well-being, gradual transition to being ‘one with the society, and the final result of human relations, cooperatively shared happiness. (V. K. Arora, The Social and Political Philosophy of Swami Vivekananda)

"He who understands you is greater kin to you than your own brother. For even your own kindred neither understand you nor know your true worth."- Kahlil Gibran

"The beauty of genuine brotherhood and peace is more precious than diamonds or silver or gold."- Martin Luther King Jr

Where justice is denied, where poverty is enforced, where ignorance prevails, and where any one class is made to feel that society is an organized conspiracy to oppress, rob and degrade them, neither persons nor property will be safe. -  Frederick Douglass

Human societies must be a place where love, brotherhood and respect should rule the roost. It has to be an abode of peace and tranquillity. The human being is perennially the most peaceful creation of Allah, the Almighty with a sense of pluralism ingrained in his soul.  If a human being does anything rude and against the ethos of inclusiveness it is against his nature. It means he is being ruled not by himself but by the outside devilish powers. And in such a situation the society must take him under the arms of peace and tranquillity, by bringing him closer to spiritualism.

A blissful society embedded with the ethos of inclusiveness and tolerance for others is the need of the hour. There is no denying the fact that the present world has to be taught to leave a balanced society for its future generations otherwise the mayhem and the chaos that our world society is passing through has to be a permanent new normal degrading its ethos further. And for the sake of the formation of a godly society, the easiest way is to take the path Prophet Muhammad Pbuh has shown through his following Hadees:

And Allah Knows the Best