‘Animals Are Communities Like Human Beings’, Say the Quran, the Bible, the Torah, the Hindu and Other Religious Scriptures

1.    All living creatures are the creation of God, the Almighty.

3.    God has created animals for the benefit of humankind.

4.    There should be compassion in the treatment of animals as with human beings.

Being compassionate towards those who are unable to express their feelings is one of the most revered traits of human beings. This compassionate trait becomes a part of our personality since this is what we all are witness to in our families from our cradle life.

Allah, the Almighty bestows the divine sense of understanding the act of compassion in all His creation, men, animal and all other breathing beings. Our cradle kin’s smiling face in the cradle on seeing particular people of his family and relatives points to the fact that he is acknowledging the compassion and love being shown to him.

We have been a witness of the same sense of understanding the act of compassion of a person in the animals. All of us must have witnessed the beautiful scene of compassion in the pets or the roadside animals when we feed them every day. I have been witness to a particular animal reaching a particular spot on the fixed time waiting for its compassionate friend who visits him every day. There have been incidents of pets, like dogs and horses, crying about the loss of their masters.  This relationship between animals and human beings is divine. Such incidents are proof of animals being sensitive, emotional and caring as human beings.

It is since the inception of the world and will remain till the last day of the universe. Human being has shown many glimpses of its fading compassion towards humanity. The fading compassion is because of the devilish traits like hatred, jealousy and its inability to win the race of materialistic achievements occupying his thought process. Animals too are full of wisdom and understand their well-being but are devoid of the devilish tendency of the human being hence their trait of compassion is alive.

According to Irreligion From Wikipedia, the free encyclopaedia, 16% of the world's population is not affiliated with any religion. It means 84 per cent of the world population identifies itself with one or the other religions of the world. Had this population percentage of the world not shed its trait of compassion, the world would have been a place of peace and harmony. There would have been only rejoicing and human development along with all the materialistic achievements or maybe more than what we have achieved but to the human evil trait of one-upmanship.

Our religious epics preach us to be humble and at peace with the animals and treat them as members of a community such as we belong to. We must practice the following if we wish to be bestowed kindness of our Creator:

All living creatures are the creation of God, the Almighty.

God has created animals for the benefit of humankind.

There should be compassion in the treatment of animals as with human beings.

Above mentioned points are described in the verses of the Holy Scriptures of all the religions of the world and the sayings of Prophet Muhammad (SAW) along with other religious leaders and preachers. We must study and follow the commands and the preachings about the animals, given below:

There is not an animal on earth, nor a bird that flies on its wings, but they are communities like you... Qur'an 6:38

Have they not seen the birds glide in the open sky? None holds them up except Allah.... (Surah An-Nahl:  79)

It is God who provided for you all manner of livestock, that you may ride on some of them and from some, you may derive your food. And other uses in them for you to satisfy your heart's desires. It is on them, as on ships, that you make your journeys.  Qur'an 40:79-80

And cattle He has created for you (men); from them, ye derive warmth and numerous benefits, and of their (meat) ye eat. Surah An-Nahl 16:5

And they carry your heavy loads to lands that ye could not (otherwise) reach except with souls distressed: for your Lord is indeed Most Kind, Most Merciful. Surah An-Nahl 16:7

And (He has created) horses, mules, and donkeys, for you to ride and as an adornment; And he has created other things of which ye have no knowledge. Surah An-Nahl 16:8

We have made animals subject to you, that ye may be grateful. Surah Al-Haj 22:36

Seest thou not that it is Allah Whose praise all beings in the heavens and on earth do celebrate, and the birds (of the air) with wings outspread? Each one knows its own (mode of) prayer and praise, and Allah knows well all that they do. Surah An-Noor 24:41

“May God curse anyone who maims animals.” (Hadith: Bukhari)

“Whoever is kind to the creatures of God is kind to himself.” (Hadith: Bukhari)

“There is none amongst the Muslims, who plants a tree or sows seeds, and then a bird, or a person or an animals eats from it, but is regarded as a charitable gift for him”(Hadith: Bukhari)

“There is a reward (ajr) for helping any living creature.” (Hadith: Bukhari and Muslim)

“It is a great sin for a man to imprison those animals which are in his power.” (Hadith: Muslim)

“The worst of shepherds is the ungentle, who causes the beasts to crush or bruise one another.” (Hadith: Muslim)

“You will not have secure faith until you love one another and have mercy on those who live upon the earth.” (Hadiths: Bukhari, Muslim, and Abu Dawud)

“Fear God in these mute animals, and ride them when they are fit to be ridden, and let them go free when … they (need to) rest.” (Hadith: Abu Dawud)

“There is no man who kills a sparrow or anything beyond that, without its deserving it, but God will ask him about it.” (Hadiths: Ahmad and al-Nasai)

The grievous things are: shirk (polytheism); disobedience to parents; the killing of breathing beings …” (Bukhari and Muslim)

Once someone travelling with the Prophet took some eggs from a nest, causing the mother bird great grief. The Prophet saw this and told the man to return the eggs.

The Prophet said, "Whoever kills a sparrow or anything bigger than that without a just cause, Allah will hold him accountable on the Day of Judgment." The Prophet explained that a killing would be for a just cause if it was for food.

Look on all (Humans as well as Animals) with the eye of a friend. (Yajur Veda)

‘Stating “This dog is devoted to me,” you declined the celestial chariot to heaven For this reason, there is no king comparable to you in paradise.’ (Mahabharata, XVII.3.20)

“The Frogs” presents the croaking of frogs as equivalent to the religious chanting of priests; both were viewed as critical to bringing rain in the proper season and rain was understood to be essential to all living things (Maurer 208)

[T]he rain began to fall and all the Earth was peaceful. In the forests of Kailasa, while the rain fell day and night, the animals were talking—the yak and the deer, the monkeys and boars and bears, the elephants and oxen, lions and leopards, buffalo and tigers—and the frogs ran joyfully about, and the sparrows and cuckoos sang. (Mahabharata 167)

Sikhism and the Message of Animal Love

Kabeer, the dinner of beans and rice is excellent if it is flavoured with salt. Who would cut his throat, to have meat with his bread? - Guru Granth Sahib 1375

If I were a doe living in the forest, eating grass and leaves With God’s grace I will find my groom, I would ever be a sacrifice to Him.

If I were a cuckoo living in the mango tree, Contemplating and singing the Word God reveals through his mercy Immense beauty and wonderful vision

Humans should conduct themselves through life with love, compassion, and justice. Becoming one and being in harmony with God implies that humans endeavour to live in harmony with all of God's creation. - Sikh Faith Statement Assisi 1986

The world, like all creation, is a manifestation of God. Every creature in this world, every plant, every form is a manifestation of the Creator. Each is part of God and God is within each element of creation. God is the cause of all and He is the primary connection between all existence. - Sikh Faith Statement 2003

Fill the earth and subdue it, have dominion over the fish in the sea, the birds of the air and every living thing that moves on the earth. - Genesis 1:28

I am now establishing my covenant with you and with your descendants after you, and with every living creature that is with you, all birds and cattle, all the animals with you on earth. - Genesis 9:9-10

Are not five sparrows sold for two pence? Yet not one of them is overlooked by God. - Luke 12:8

“A righteous man regards the life of his animal, but the tender mercies of the wicked are cruel.” - (Proverbs 12:10)

“You shall not muzzle an ox while it treads out the grain.” and “If a bird’s nest happens to be before you along the way, in any tree or on the ground, with young ones or eggs, with the mother sitting on the young or on the eggs, you shall not take the mother with the young.” -  (Deuteronomy 22:6)

Every human act of irresponsibility towards creatures is an abomination. - Christian Declaration on Nature - Assisi 1986

His tender mercies are over all His creatures - Psalm 145:9

The righteous person regards the life of his beast. - Proverbs 12:10

A person must feed his animals before himself - (Deuteronomy 11:15)

An animal's suffering must be relieved - (Deuteronomy 12:4)

And God blessed Noah and his sons, and said unto them, Be fruitful, and multiply, and replenish the earth. And the fear of you and the dread of you shall be upon every beast of the earth, and upon every fowl of the air, upon all that moveth upon the earth, and upon all the fishes of the sea; into your hand are they delivered. Every moving thing that liveth shall be meat for you; even as the green herb have I given you all things. - Genesis 9: 1-3 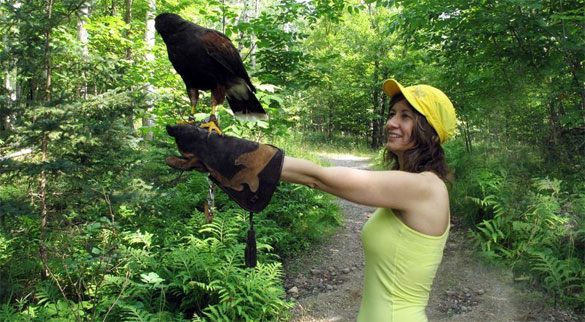 To my mind, the life of a lamb is no less precious than that of a human being. - Mahatma Gandhi

“No matter how few possessions you own or how little money you have, loving wildlife and nature will make you rich beyond measure.” ― Paul Oxton

“anyone who has no feelings for animals has a dead heart.” ― Raegan Butcher, Rusty String Quartet

“Animals are a window to your soul and a doorway to your spiritual destiny. If you let them into your life and allow them to teach you, you will be better for it.” ― Kim Shotola, The Soul Watchers: Animals' Quest to Awaken Humanity

Being Religious Begets Being Compassionate to Animals and Human Beings Alike

The human being is religious for the namesake. It has nothing to do with religion, the sign of which it carries on its forehead or in its neck. Love and compassion for our family and friends and our pets are but natural. Sincere compassion asks for being compassionate with every creation of God, irrespective of human beings or animals. When every religion of the world advocates compassion and humility there is no reason why the nations and the communities are fighting against each other.

If those among us who proudly announce and exhibit their religious recognition follow their religion, there will not be many religions but only one, which is a religion of love and humility. Religion today has become an identity and this identity is behind all the social chaos that has engulfed the world.