One of Britain’s oldest Muslim communities, founded over a century ago as the peaceful renaissance of Islam, is launching a new campaign to counter extremist rhetoric and literally drive home a message of peace. It follows the Paris atrocity and adds to a multilevel strategy by anti-extremist Muslims to counter the rhetoric and ideology of terror. The Ahmadiyya Muslim Community is the driving force behind the United Against Extremism campaign and is at the frontline of countering the barbaric ideology of ISIS and other extremists. From its inception in the 19th century, the community has espoused an ethos of Love for All, Hatred for None. 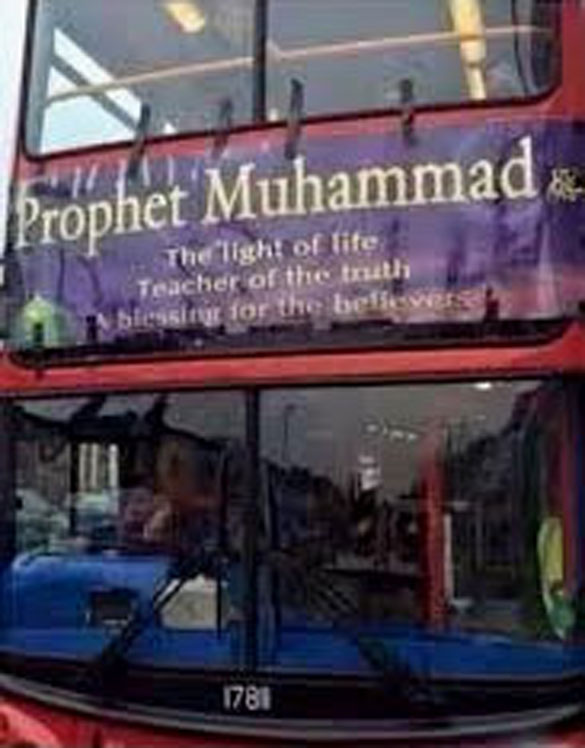 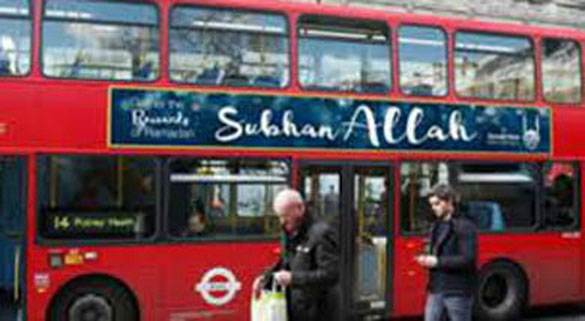 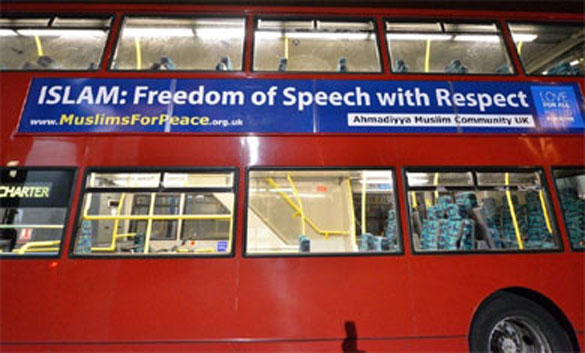 One hundred buses with French colours and the iconic image of the Eiffel Tower will operate in London to clearly convey Islam’s abhorrence of extremism.

The London-based Caliph of the Worldwide Ahmadiyya Muslim Community, His Holiness Hazrat Mirza Masroor Ahmad has repeatedly condemned extremist ideology and said in the aftermath of the Paris attacks that:“Under no circumstances can murder ever be justified and those who seek to justify their hateful acts in the name of Islam are serving only to defame it in the worse possible way.”Rafiq Hayat, National President Ahmadiyya Muslim Community UK, said: “We stand united with all who oppose extremists because our strength stems from our unity. The campaign will send a clear message that IS has nothing to do with Islam and that extremism will never succeed.”The campaign that has featured a full-page advertisement in national press, will also see the distribution of half a million leaflets across the UK, to highlight Islam’s rejection of extremism and its emphasis on peace.

It has received wide support including from the Government’s Minister for Countering Extremism, Lord Ahmad of Wimbledon, who said: “We are an incredible, inclusive and progressive nation where the diversity of our communities is our strength. I pay tribute to the Ahmadiyya Muslim Community who have shown that devotion to faith is the foundation to a selfless desire to serve humanity driven by a deep sense of loyalty to our nation. At time of great human tragedy as we have seen recently with the terrorist atrocities in Paris, the Community has once again issued a resounding and resolute call of peace and unity against the dark forces of extremism which seek to divide us.”The Prime Minister has also praised the work of the community including its blood drives, charity work and efforts to reach out to all, saying that “Britain can be proud of you. This is true faith in action.”

To start its nationwide campaign the Ahmadiyya Muslim Community is running 100 buses for two-weeks in Central London commencing 3rd December. Buses will carry the message ‘United Against Extremism’,