IN every school of Islamabad every child shall henceforth be compelled to study the Arabic language from Grade 1 to Grade 5. Thereafter he or she shall learn Arabic grammar from Grade 6 to Grade 12. By unanimous vote, that’s what the Senate of Pakistan has decided. Introduced on Feb 1, 2021 as a private member’s bill by Senator Javed Abbasi of the PML-N, the Compulsory Teaching of Arabic Language Bill, 2020, will become an act of parliament once approved by the National Assembly. Thereafter it is likely to be applied across the country.

Should we citizens celebrate or be worried? That depends upon whether desired outcomes can be attained. Let’s therefore see what reasons were given by our lawmakers for the bill, one that will deeply impact many generations to come. 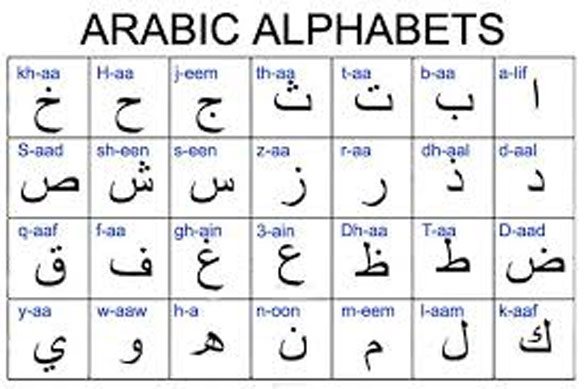 First, the bill states that proficiency in Arabic will “broaden the employment and business opportunities for the citizens of Pakistan” in rich Arab countries. While attraction to Arab oil wealth is understandable and has long been pursued, this reason is weak. Jobs and businesses go to persons with specific skills or those who have deliverables to offer.

Just look at who gets invited to GCC countries. Westerners having zero familiarity with Arabic but high expertise are most sought after. Indians are a distant second, getting only about 10 per cent of high-level jobs with the rest performing menial and unskilled construction tasks. Pakistanis stand still further below with only 3pc at higher levels. This is because of low professional and life skills. With the Pakistani schoolchild now to be burdened with learning yet another language, achievement levels will further deteriorate.

If the Pakistani job seeker could use his school-learned Arabic to communicate with Arabs, would it improve matters? This is unlikely. Graduates from Pakistani madrasas seeking to understand the Holy Quran spend their lives trying to master classical Arabic. And yet they have zero job prospects in the Middle East. Present enrolment in Arabic language courses and university degree programmes is therefore very low. In fact, after starting such programmes over 20 to 30 years ago, some universities later closed them down.

For the boy now in an Islamabad school compelled to learn classical Arabic, communication with Arabs in their Arabic will not be easy. In fact, the poor fellow will be quite at sea. Only modern versions of Arabic are spoken in various Arab countries, not classical Arabic. Imagine that a Pakistani lad trained in ye olde Englisch — the “proper English” of Shakespeare or the Canterbury Tales — was to land up in today’s England. He might be a source of merriment but getting a job would be tough.

Second, the bill claims that school-taught Arabic will enable students to understand the Holy Quran better and so become better Muslims. Are the bill’s sponsors not aware that, beginning with Persian in the 10th century, the Quran has undergone translation into all major languages? This was necessary because it is extremely difficult for non-Arabs to understand the Quran’s wonderfully rich and nuanced classical Arabic.

Many scholars have spent entire lives performing such monumental translations, knowing that words have meanings that subtly change with time. But even so, no two translations completely agree and sometimes different interpretations emerge. Given these difficulties, absorbing the contents of the Quran through an Urdu translation is surely much easier for a Pakistani school student.

Deeply puzzling, therefore, is the statement from the minister of state for parliamentary affairs: “You cannot understand the message of Allah, if you do not know Arabic.” If true, that massively downgrades most Muslims living on this planet. The entire Muslim population of Indonesia, Malaysia, Bangladesh, Iran, or Turkey cannot be made to understand or speak Arabic. And what of those long dead Muslims who tried hard to follow the teachings of Islam but never learned — nor tried to learn — the Arabic language?

That knowing Arabic — any version — can make one a better person or create unity is a bizarre thought. If true, the Arab states would be standing together instead of several rushing to recognise Israel even as it gobbles up the last bits of Palestine. Has the Arabic language made Arab states beacons of moral integrity, parsimony, and high thinking? Are our senators claiming that today’s Arabs are paragons of virtue?

But truly, it would be wonderful if teaching Arabic to kids, and further jacking up the religious content of education, could change students for the better. Just imagine! Future Pakistani lawyers would not be rampaging goons who destroy court property and randomly attack patients in hospital emergency wards; our students would be reading books rather than noisily demonstrating for their “right to cheat”; our political leaders would not be looters and our generals would no longer have secret overseas business franchises.

While some chase such delusions, others nervously search for their civilisational roots in some faraway land — Saudi Arabia earlier and now Turkey. Thus quite a few are drawn to Arabic. But curiously, Arabs show no interest in reviving Arabic. Their new generations are hell-bent upon modernising and moving towards English. Now for several decades, an energised Arab world has been luring American universities with large sums of money to open local campuses in GCC states.

Part of that investment is paying off. The success of Al-Amal, the UAE spacecraft that entered orbit around Mars some days ago, was officially celebrated as an Arab Muslim success. While one feels happy at this, it is really the triumph of Western technology harnessed by a few forward-looking Arabs who have learnt to speak the language of modern science. A thousand years ago that language was only Arabic. But in our epoch it is only English.

In forcing kids to learn Arabic, all those sitting in Pakistan’s Senate — with just a single exception — forgot that they are Pakistanis first and that Pakistan was made for Pakistanis. Rather than behave as snivelling cultural orphans seeking shelter in a rich uncle’s house, they need to take pride in the diversity and strength of the myriad local cultures and languages that make this land and its people.

Pervez Hoodbhoy is an Islamabad-based physicist and writer.