Slavery In Islam: Islamic Tradition Develops An Abolitionist Ethos And A Strong Commitment To Liberation

A number of years ago I gave a lecture on Swahili coast history to a group of educators and students on Chicago’s South Side. During the Q&A period, one older gentleman asked me why I didn’t say more about Muslim-led slavery of Africans in the Indian Ocean.

I responded somewhat inadequately that slavery in the Indian Ocean wasn’t a religious issue but an economic one. The gentleman wasn’t satisfied, explaining that he was disappointed in Louis Farrakhan’s silence on the issue and testifying to the continuing presence of slavery in African Muslim countries like Mauritania to this day, explaining that slavery was justified by sharia. 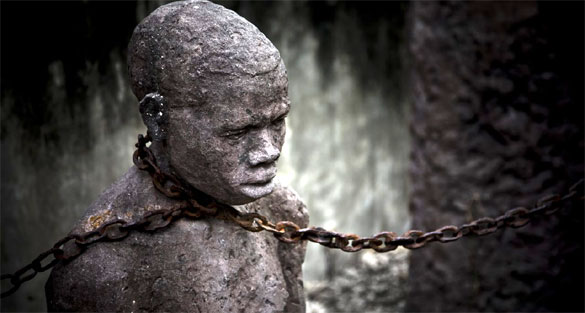 The man in question was not a conservative Christian, nor part of Islamophobia Inc. but rather part of a generation of Afrocentric black nationalists in the intellectual tradition of John Henrik Clarke. He was condemning the practice of slavery globally from his commitment to Afrocentrism and part of the broader tradition of black nationalist liberation politics in the United States. He wondered why Muslims were seemingly behind in that fight or ambivalent to the practice of enslavement.

In spite of my historical understanding of slavery and the slave trade as practices that many non-Muslim African as well as Muslim African societies often willingly engaged in, his words forced me to reckon more seriously with how Islamic law treats the abolition of slavery. I am especially interested in this issue as someone trained as a historian of East Africa, where the abolitionist movement predated and then became part of the first wave of European colonization of Africa, post-1885.

Also Read:   Abolition of Slavery, Including Sex Slavery in Islam (The Qur’an)

My position is that the Islamic tradition has already developed an abolitionist ethos and a strong commitment to liberation, out of a set of social and political struggles, including resistance to European colonialism, that took place in the historical encounters between Islam, Africa, and the West in the eighteenth and nineteenth centuries. 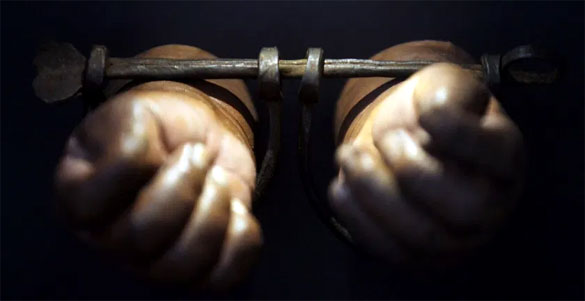 Afrocentrists often point to the Quran and Hadith’s sanction of slavery. It is true that Islam accepted slavery as a part of Arabian society, but there is no evidence the tradition actively encouraged the taking of slaves. If one wishes to speak of a particular ‘trajectory’ of Islamic interpretation based on the Qur’an and Sunnah, it is a trajectory of manumission, not abolition [1]. The Prophet Muhammad assumed that if manumission continued to regularly occur, then slavery could continue to exist without being a trans-generational status, and would eventually die out.

The Prophet Muhammad challenged the practice of slavery in Arabian society by compelling the powerful to care for and protect the less powerful [2]. If masters and slaves could share some basic moral assumptions, powerful masters would feel a social obligation to protect and show kindness to their slaves. In Islam, this is exemplified by a hadith enjoining the believer to treat their slaves as they would treat their own children [3]. Slaves in Islam would (ideally) function more like kin and less like a separate caste of sub-humans [4]. Their offspring, again ideally, would be free to assume their place alongside the freeborn. None of these reforms radically challenged the ‘natural’ reality of slavery itself [5].

Why didn’t Muslims abolish slavery earlier? This is a valid question and it is worth it for Muslims to reflect very hard and critically about, especially if one is seriously committed to practicing the tradition. But when Afrocentrists ask Muslims why Islam did not abolish slavery, there is a hidden assumption that non-Muslim African societies had already abolished the practice. But in fact, many powerful non-Muslim African societies depended on slavery for their wealth and resented European imposed abolition for that reason, for instance, the Asante empire of the eighteenth and nineteenth centuries.

Abolition as an ethical dilemma only occurs because we inhabit a very different time from the early Muslims, as well as most pre-colonial African societies. We often forget that for Jesus, Muhammad, and other moral teachers of the past, the master-slave relationship was both a fact of life and a metaphor of our relationship with the Divine [6]. The more relevant question then, is not ‘why didn’t Muslims abolish slavery?’, but ‘what makes our time different from the time of the early Muslims?’

One possible answer to that question is that we now live in a global society where we take the freedom of an individual as an irrevocable human right. Although this ideal is often traced to Western origins, it is important to note that it has other global, non-Western genealogies that are both Muslim and African. Haitian revolutionaries, among whom were African Muslims, were first among those insisting on this freedom in their struggle to end slavery in the late 1700s. At around the same time, the West African Muslim ruler Abdul Kader Kane sought to abolish the slave trade in his realm, in order to protect his subjects from the French-controlled slave trade at Saint Louis [7].

Formerly enslaved Muslims also helped to reshape community perceptions of slavery. In East Africa especially, the abolition of slavery coincided with the new popularity of Sufi brotherhoods as tools for the mass propagation of Islam. Sufism became the language by which formerly servile people appropriated the message of Islam to undermine the ijma around the social status of slaves and ex-slaves. In Lamu, Kenya, the ‘Alawi shaykh Habib Saleh angered the town’s former slaveholding elite by teaching ex-slaves. In Bagamoyo, Tanzania, an ex-slave from the Congo rose to become a Sufi shaykh and one of the most knowledgeable scholars of the region; he faced strong opposition from former slave owners [8]. 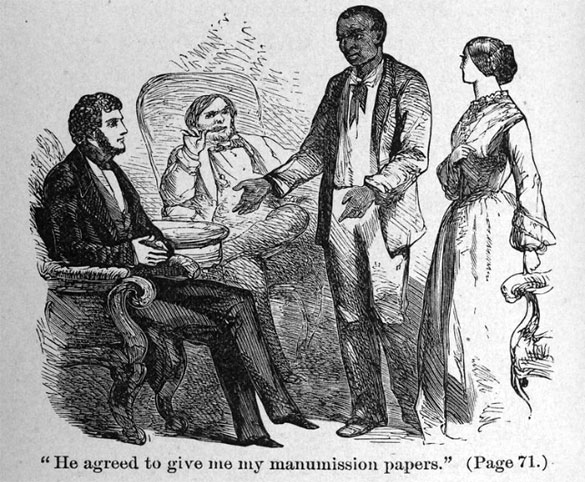 The first five decades of the twentieth century in Africa revealed Muslims reshaping the consensus on slavery. This process of reshaping ijma was not only an elite scholarly one; it included formerly enslaved Muslims, who contested their rights within the idioms of Islam, molding Islamic cultural repertoires to critique the exclusionary social practices of Muslim elites.

Traditions, Islam included, are not closed caskets but open conversations and debates often characterized by shifting notions of what is permissible. Slavery is one such shifting notion. There is nothing in the Islamic tradition mandating slavery. Thus, the overwhelming majority of Muslims today find slavery distasteful and have no desire to practice it. They have internalized a desire not to own people that is very modern. This is a direct result of the most oppressed and vulnerable elements of human global society forcing the world to accept a more robust and inclusive concept of individual freedom.

Concepts of abolition and freedom are the product of centuries of struggle by enslaved Africans and others to radicalize and decolonize the values of the societies they found themselves forcibly dragged into. They constitute a valuable tool that a range of activists today, from the Rabaa Square protests in Egypt to the garment worker strikes in Bangladesh to Black Lives Matter activists in the US, use to launch more radical critiques of global inequality, exploitation, and other conditions analogous to slavery.

The Prophet Muhammad’s attempt to protect the enslaved and to grant them protection and rights, without abolishing slavery, was not a moral failing, but an advancement to the limits of what it was possible to envision within his era. If we do not acknowledge this, we will continue to reproduce two stale arguments of past Muslim apologists: that abolition is a Western concept that fetishizes consent and freedom, or that the Prophet Muhammad was an abolitionist.

Neither of these are tenable positions, and there are severe moral costs to holding them, that compromise the moral compass of Muslims and leave serious and inquisitive outsiders with a suspicion that Muslims are more interested in theological apologetics than an honest reckoning with history. For instance, it is but a short step from saying abolition is a Western concept to making the argument, like the late Islamist philosopher Abu Ala Mawdudi, that we need to retain slavery as a mark of Muslim moral independence from the West [9]. And there is simply no evidence from our tradition that the Prophet Muhammad ever contemplated abolishing slavery.

My argument is distinct from both of these extremes. I have argued that Western notions of abolitionist freedom have already fused with Islamic values and that it is dangerous to try to extract one from the other. There are a number of positive benefits from embracing this position. For one thing, it provides Muslims with a powerful language not only to challenge slavery, but many other forms of similar domination and exploitation that go by different names. 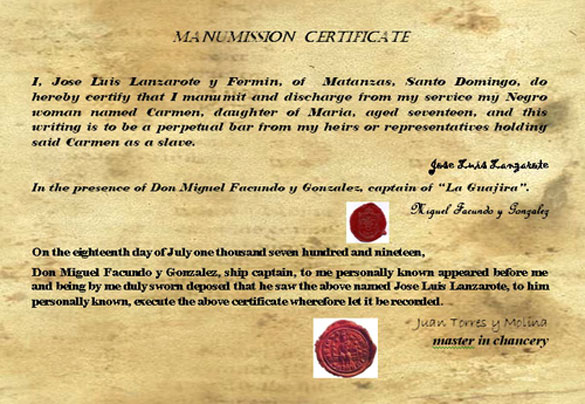 It seems to me that Muslims who are using this fusion of moral horizons to critique both Muslim and Western complacency with regards to forms of oppression analogous to slavery are engaged in an urgently necessary and positive reinvigoration of the Islamic tradition.

1] Trajectory hermeneutics originated with Christian theologian William Webb. For more on their use, see his 2001 book, Slaves, Women, and Homosexuals: Exploring the Hermeneutics of Cultural Analysis.

[2] Jonathan Glassman. “The Bondsman’s New Clothes: The Contradictory Consciousness of Slave Resistance on the Swahili Coast” Journal of African History 32(2): 1991, 277-312.

[4] The walāʾ system then, whatever its faults, was a social compact between master and slave, and thus often a tool of integration of the latter. See Ulrike Mitter. “Unconditional Manumission of Slaves in Early Islamic Law: A Hadith Analysis.” In The Formation of Islamic Law (ed. Wael Hallaq). New York: Routledge, 2008.

[5] Unlike the status of ex-slaves even in many postbellum Western societies, the formerly enslaved in the Islamic world could raise their status considerably. But that did not erase an existing hierarchy placing the enslaved at or near the bottom of society.

[6] Luke 12:43-48; Qur’ān (Sūra az-Zumar) 39:36. The Apostle Paul’s advice to the runaway slave Onesimus in the Book of Philemon is filled with admonishments about a new community of belief between slaves and masters that does not upend the social hierarchy but nevertheless creates a sense of moral obligation between the two.

[7] For the Haitian revolutionaries and their creation (not merely co-optation of) Enlightenment values, see Laurent Dubois, “Enslaved Enlightenment: Rethinking the Intellectual History of the French Atlantic” Social History 31(1): Feb 2006, 1-14. For the abolitionists, see Adam Hochschild. Bury The Chains: Prophets and Rebels in the Fight to Free An Empire’s Slaves. London: Mariner Books, 2006. For Abdul Kader Kane and the abolition of slavery in Futa Toro, see Rudolph Ware, The Walking Quran, Chapter 3.

[8] For Habib Saleh, see Patricia Romero. “‘Where Have All the Slaves Gone?’ Emancipation and Post – Emancipation in Lamu, Kenya.” The Journal of African History 27 (3): 1986, 497-512. For Shaykh Ramiya, see August Nimtz Jr. Islam and Politics in East Africa. The Sufi Order in Tanzania. Minneapolis: University of Minnesota Press, 1980, 45.

[9] Abu Ala Mawdudi was unabashed about this stance. See W.G. Clarence-Smith, Islam and the Abolition of Slavery, 188.

Original Headline: A Trajectory of Manumission: Examining the Issue of Slavery in Islam