Would Islam Ever Dominate The Current World?

At the very beginning of the discussion about the important topics with you friends, I find myself frantically anxious to live in an environment where there every human being treat other human being just as a human being irrespective of the beliefs. The spiritual leaders of every religion assert this, but practically it is not there, whereas the supporters of implementing religious cult, no matter how abortive they actually may be, their level of impudence for other religions is high, aberrant and astray, if don’t comply with the religious dogma, are banished or considered mere killable insects. 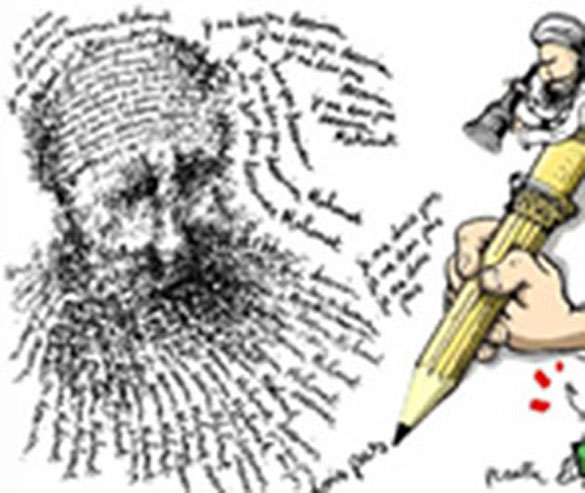 If you question any firm believer whether Muslim, Sikh, And Hindu or a believer from their self declared minority, the abrupt answer would be: “All except me would go to Hell…”, only being chosen to travel the right path by the creator of the universe is me and upbeat is my destiny. The person suffocating - living with societal backwardness would be narrower minded towards others, the more detailed knowledge of the beliefs would result in more disrespect for other’s beliefs.

I have a good memory of my incidental stay in a city like town of Akura Khatak on my way to Peshawar from Islamabad. My host stressed me to visit the seminary “Madrassa Haqania” (in 1996), which is the theological home of most of the members of the Taliban cabinet. My host was highly emotional as we entered the great the building. He told me that the principal of this school Moulana Sami-ul-Haq was the teacher of the Afghan rulers and his father “Moulana Abdul-Haq” defeated late Prime Minister Zulfiqar Ali Bhutto in the elections. I knew Moulana Sami-ul-Haq since I had been an active journalist. I suggested that we should meet Moulana, if possible. My host agreed and after some time we found ourselves waiting in the lounge for guests adjacent to Moulana’s room.

Moulana Sami-ul-Haq was in seventies at that time and claimed that Taliban would conquer the world soon and it would be easier to defeat America as compared to Russia. He told that India would be destroyed to rubble first and then Mullah Ummer would Insha-Allh announce Sharia enforcement from the Red Fort of Dehli. I questioned about the fate of millions of Hindus in this case and Moulana responded that the Hindus had been defeated many times by the Muslim warriors and they would be either converted to Islam or live as a second class citizen and pay Juzia (a form of Muslim religious Tax which none-believers have to pay if they live under a Muslim government), but the extremist Hindus organizations and their leaders would not be forgiven. There would be public hangings like Najeeb-ul-Allah in Afghanistan. Later China would be offered to convert to Islam and the Shia Iran would be ordered to convert to Islam or be ready to die or pay Juzia. We, six or seven people listened carefully to the convictional sermon; Moulana paused to finish Coca Cola a Jewish company’s drink. After conquer of the glass there was not much left to listen from Moulana.

During the discussion I was feeling like a possible target of this Muslim army or a long term sentenced prisoner, a seized person but there were some questions hovering over my mind. I was thinking over and over that what sort of deficiency is there during the brought up that the Muslims ignore the realities at once. Why Muslims thinking about the rest of the world is so outmoded? What Hanfi-Deobandi Muslims would do with the Ahl-e-Hadees, Shia and Brailvi Muslims of India and Pakistan? Would all the schools be closed in India and Pakistan and would people wear Shalwar Kameez only with beards mandatory for men? Otherwise they would be whipped on the roads. Would women wear a tent like veil and always accompany some family member while outside of home? There would be public hangings and one can just imagine what would be happening with the None-Muslims, where would they go it they managed to escape? Why Islam can not compete with the rest of the world? About which, it is often said that it would prevail. Is it mandatory to turn the world into debris before the full domination?

About Khama Bagosh Madzala: A confused Muslim, unable to understand the real definition of Muslimhood. Is a Muslim the standard bearer of Islam in reality? Or just an enemy of fellow Muslims? What is the Islamic ideology about rest of the world? What is its culture and history? Why the Muslims are in a conflict not just with other religions but other cultures as well?

Is Islam made for dominance or has been dominated by its followers?

I am a student of this thesis and would try to share my views with you fiends on the pages of New Age Islam.