The Moderate Muslim Must Not Seek To Explain Away Violence In The Name Of Islam With Whataboutery, But Must Face Up To The Problems With Lived Islam

It is evident from the responses to the latest killings in Paris and Vienna in the name of Islam and its Prophet that even the “moderate Muslim” still “doesn’t get it”. After every fresh act of gruesome murder or terror attack by Muslims, the “moderate Muslim” does cursorily condemn the killing but quickly rushes to absolve Islam of any blame. 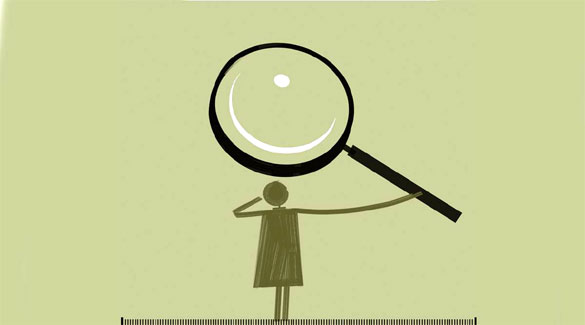 Even France sets limits on freedom of expression. But there, the basic principle is this: Ideas do not have rights, people do. As the French see it, you, your father and your mother are protected against hate speech because you fall under the definition of people. (Illustration by C R Sasikumar)

He culls out certain verses from the Qur’an and some handpicked ahadis (plural of hadis, the tradition of Prophet Mohammed) to emphatically affirm that “Islam means peace”. The problem with this argument is that the extremist Muslim perpetrators of, and the masterminds behind, all the violence in the name of faith also quote from the same Qur’an and hadis compilations. The Islam-means-peace chant offers no solution because it fails to address the recurring question: If Islam means peace, why is there so much violence across the globe in its name?

Is Islam a religion of peace or violence? It is neither a religion of peace nor of violence, argues Reza Aslan, an Iranian-American scholar of religious studies and author of several books on Islam and Christianity. “Islam, like every other religion”, says Aslan, “is what its followers make of it.”

“Whatever else Islam, as any other religion, may be, it is also that which is interpreted, lived out, aspired towards, ignored and debated among ordinary individuals and communities,” writes Farid Esack, a theologian and Imam from South Africa. Mahatma Gandhi, the apostle of peace, drew his inspiration from the Gita and so did Nathuram Godse, his assassin. So it is with the Qur’an.

The moderate Muslim could begin to be taken seriously were he to honestly address the reality of the many lived Islams instead of obsessing with the myth of “true” or “real” Islam. Because he refuses to do so, the world ends up seeing him for what he really is — an Islam apologist seeking refuge in whataboutery, searching for “root causes” everywhere except in his religion (lived and textual), “exposing” Western hypocrisy and double standards and asking what he believes to be the mother of all questions, “Is there to be no limit to freedom of expression, what if someone insults your father?”

Whataboutery: What about violence by Buddhists…? A simple answer: Yes, far too many Buddhists in Sri Lanka and Myanmar have hate in their hearts and blood on their hands, but they don’t kill in the name of the Buddha.

The root cause: Look for the root cause in geopolitics, colonialism, neo-colonialism etc., look anywhere except religion. This is a line that moderate Muslims have borrowed from many left intellectuals about whom Ghassan Hage, a Lebanese academic based in Australia, has this to say on Facebook: “If your first reaction to the vile Islamo-fascist terrorist attacks in Conflans-Sainte-Honorine and Nice is to go through the violent and racist history of French colonialism and postcolonialism, etc, you are ethically bankrupt.”

Limits to freedom of expression line: Here the moderate Muslim is in his element, “exposing” the link between the contentious cartoons of Prophet Mohammed today and the historical hostility of the Christian West towards Islam and its Prophet. The cartoons, we are told, are part of a “sustained, insidious propaganda” to incite hatred for the Prophet and fuel Islamophobia in the guise of free speech. Also “exposed” is the hypocrisy and double standards of the West in the selective exercise of free speech only vis-a-vis Muslims. To this one is tempted to respond: Look, who is talking.

So, yes, even France sets limits to freedom of expression. But there, the basic principle is this: Ideas do not have rights, people do. As the French see it, you, your father and your mother are protected against hate speech because you fall under the definition of people. God, gods, goddesses, prophets fall under the definition of ideas, and ideas are not to be protected from “defamation”. This is so because, universally, the freedom of expression is believed to be meaningless without the “right to offend”. For the French, the right to offend includes not only the right to express doubt, question, criticise, ridicule, mock and provoke but also the right to insult and outrage. Did not Prophet Mohammed greatly offend people of his own clan/tribe by saying things which they considered to be highly blasphemous?

Not just you, moderate Muslim, many in the West also consider the Prophet cartoons as highly offensive, and in bad taste. But there are ways of saying and your total silence on the response of certain heads of Muslim-majority states points towards the sickness in lived Islam of which you seem to be a part. The problem is this. Not one of these “statesmen” has dared point out that the butchery in Paris and in Vienna is rooted in the widespread Muslim belief that Islam calls for the death penalty for blasphemy and apostasy. Remember, Salman Taseer, the governor of Punjab in Pakistan, who was assassinated by one of his bodyguards, Malik Mumtaz Qadri, in January 2011 for daring to suggest a review of his country’s infamous blasphemy law.

Like those heads of state, you too, moderate Muslim, dare not get to the root of the Muslim sickness, or publicly demand the end of blasphemy and apostasy laws anywhere and everywhere. Why then blame others, if to them you sound like nothing more than an Islam apologist?

Original Headline: The root cause fallacy