•        The teachings of Islam paint a negative picture of modern western societies which promotes ethnocentrism within Muslims.

•        Muslims need to become critical of certain aspects of their religion like the Sharia and reject it.

•        Should the Prophetic tradition and the earlier caliphs of Islam be the role model of Muslims today? 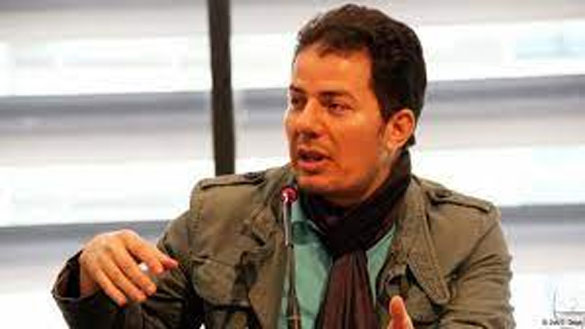 Hamed Abdel Samad is an Egyptian born German citizen who is emerging as a critic of Islam. Born to a village Imam, he memorized the Quran early and was expected to take the place of his father. But he became fascinated with the writings of Naguib Mahfooz and eventually decided to enrol himself in Cairo University, leaving the idyllic yet conservative setting of his birth place behind. While in the university, he embraced Marxism and became part of the Left politics, only to leave it after the collapse of Soviet Union. A lost soul, he allowed himself to be charmed by Islamism and became part of the Muslim Brotherhood. But here too, he could not reconcile his individualism with the almost total submission that was demanded of him from the Brotherhood. In hindsight, he now argues that such organizations break your will in order to transform you into an empty vessel of their brand of politics. Leaving Islamism behind, he decided to study about his religious heritage, first in Germany and then in Japan. Eventually settling in Germany, he now writes extensively about Islam and its place in the modern world.

Samad argues that without criticality towards their own religion, Muslims will always be a misfit in a modern society. His contention is that the teachings of Islam paint a picture of western society as one without any values. This sort of myopia understands value as located within the religion, in this case within the Islamic religion itself. For a Muslim therefore, the consumption of pork and alcohol, freedom of men and women, agnosticism and atheism all become an assault on their common sense. Samad argues that there is a need to develop empathy, a capacity to think from others’ point of view. Unfortunately, the kind of training a Muslim mind goes through does not let this happen. Rather, Muslims remained mired in their ethnocentrism which means that they understand their values as the only standard against which all others should be judged.

Young Muslims therefore have problems integrating with modern European societies simply because they come with this baggage of negativity about the west. Samad wants these Muslims to appreciate the good that Europe has to offer: its freedoms, individualism, human rights and collective responsibility as expressed through the welfare state. However, Samad argues that in order to do so, Muslims will have to give up those aspects of their religion which do not fit with the demands of modern society. The Islamic desire to police everything from dress to even ideas, the conception that everything belongs to God and hence She has to be the source of all legislation, are conceptions which do not belong to modern societies and hence have to be given up by Muslims if they want to integrate. If not, then the result can be disastrous: a condition of anomie wherein the Muslim presence will be without the internalization of European norms and traditions. This condition can fill Muslims with unprecedented anxiety which may result in their complete alienation or worse, in acts of violence against the west.

Muslims should become critical towards aspects of their own religion. Here Samad is different from the likes of Tariq Ramadan who always argued that Islam was compatible with the west. Samad wants Muslims to change Islam and give up parts of its teachings in order to accommodate in the west. One such aspect, which should be given up, is the Sharia or the longing for it. Modern societies live by laws which can be changed as per the demands of the time but as a God given law, the Sharia is considered by Muslims as immutable. Moreover, as compared to any modern law, the sharia is essentially regressive as there is no conception of human rights, neither is there any freedom of thought and action within it. Samad links this desire to create a Sharia state (Islamism) as a form of fascism which needs to resisted by all right-thinking people, especially Muslims. Its implementation anywhere has led to the curtailment of freedom, loss of mobility for women, negation of any intellectual pursuit and a morbid infantilisation of the Muslim self. If Muslims desire their religion to be called modern, then this insistence on being governed by Islamic law must go.

Samad also asks Muslims to think whether having role models of the past is going to be of any help to them now. He is critical of the important personalities of Islam like the rightly guided caliphs, the various jurists and even the Prophet himself. His argument is that all of them believed in the eventual triumph of Islam, that their only contact with non-Muslims was through the institution of jizya (religious tax in lieu of protection) and that aspects of their personal lives like having multiple wives and slaves cannot become the standard for any Muslim today. He rightly observes that Muslims no longer do these things but then these personalities continue to be the role models and Muslims are still taught to follow their ways. If that is the ideal then how can we criticize groups like ISIS because, in reviving the institution of slavery, they were in fact practicing the prophetic path. There is a need therefore to delink Islam with its problematic past; Muslims must only look towards the future and not try to resurrect the past.

As can be expected, there is a fatwa against Samad in Egypt for speaking his mind. But of late, he is finding an audience in Muslim countries like Tunisia and Morocco where his work is being read and discussed. Unfortunately, it is the liberal left which has censured him for his writings, calling him Islamophobic. He was forced to resign from the University of Munich where he taught and many publishers have refused to publish his translations. And that’s the real unfortunate part: that a Europe that prides itself on being the citadel of free speech is increasingly becoming censorious. But it is heartening to note that Arab Muslims are discussing his work. That sure is a sign of change for the better.