Mr. Sultan Shahin has made an excellent suggestion to the Indian Muslims on the late Babri Masjid. 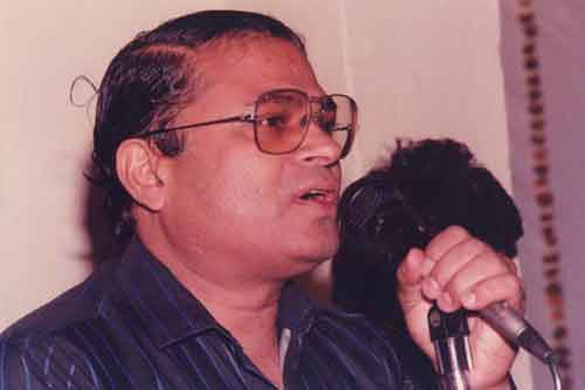 While I support his suggestion of taking the spiritual path of forgiveness, I must express some reservations that I have.

Mr. Shahin is apparently a very highly spiritually evolved Muslim. But he doesn’t seem to have his feet firmly on the ground.

Unfortunately he seems to have ignored the fact that in the spiritual sense we Muslims happen to have so much inversely evolved in this region. Spiritually speaking, we are not exactly in the pink of health.

We hardly go to the fountainhead of Islam, the holy Quran; we hardly ever make the effort to understand the imperatives of our religion; we learn it only through Mullahs and Maulvis.

We adopted the practice of outsourcing of religion 14 centuries ago, something that all other religions used to follow before us and Islam had come to finish off.  Allah may have His own verdict on the demolition of a 464 year old deserted Mosque. But the so-called Muslim leaders immediately became hysterical after the launching of ramjanamsthan movement by the divisive, fascist forces in the country. They created a ruckus (hangama) by abandoning the lawful course and spreading a fuss by creating a Babri Masjid Action committee. They should have known that what they were doing was against the dictates of Islam and the Will of Allah. But they had made a mutual friendship society with the devious politicians of the country.

The Babri masjid demolition episode is inextricably linked with the Supreme Court judgment in the famous Shah Bano case. I sometimes wonder about the whole drama that started when the Supreme Court ordered her lawyer husband to pay a petty amount as alimony to a divorced Shah Bano, a woman in her Seventies, with no source of income. How many Mullahs, who claim to be the sole arbiters of Islam and Muslims in this country, had appreciated the Human Rights aspects of the judgment, notwithstanding the fact that giving this right to a woman was the duty of the Muslims themselves?

The Maulvis and so-called leaders forgot what were the efforts painstakingly made by our Prophet (PBH) himself to enhance the Human Rights of women. They made a deal with the corrupt politicians; had a law passed giving them assurance of Muslim votes.

Similarly the Maulvi neither trusted the law of the land to take its course and get Muslims justice, nor he gave any respect to the issue of human rights, even though Islam can legitimately claim to have truly invented the very concept of Human Rights (within the concept of Huqooqul Ibad – the rights of all creation of God over us, a truly original contribution of Islam to humanity).

There is no historical proof whatsoever that the mosque was constructed at the site where Shri Ram was born or a temple existed, because the whole act o demolishing a temple to build a mosque would have been un-Islamic.

Interestingly, M.J. Akbar, in his book, “Riot after Riot: Reports on Caste and Communal Violence in India” (Penguin Books) has mentioned that while for Hindus the disputed Ayodhya land is the birthplace of Ram, Muslims believe it is in the cemetery by the Saryu River where Shea, the grandson of Adam, is buried.

The politician, however, was bound to play his ‘vote-bank’ game. Both the parties were aware of this. Although from 1951 to 1986 things had remained peaceful in Ayodhya and at one time the Mutawalli of the Masjid was found to be an opium addict. Prior to that in the 18th Century, Ayodhya once again had become a major centre of Hindu pilgrimage under the patronage of the Nawabs of Avadh, Shuja-ud-daula and Asaf-ud-daula. Hindu revivalism which took roots in Avadh, consolidated its position after the British takeover of Ayodhya.

However, the politician was bound to take his piece of the cake. While sure of securing the Muslim vote he was now afraid of losing Hindu votes, therefore he ordered the locks on the Ram Janmabhoomi-Babri Masjid in Ayodhya removed. Until then, a priest had been permitted to perform puja once a year for the idols installed there in 1949. Now, all Hindus were given access to what some consider as the birthplace of Rama, the prince posthumously deified as an incarnation of Vishnu. As a result the politician’s opening the Pandora’s Box led to the tragic events of December 6, 1992 leading to a large number of communal riots resulting in innocent human slaughter.

Anyway, the fact is that there is no mosque there as of now, and since we Muslims believe in Allah and the system of justice made by him, we must forgive our Hindu brethren who created mischief and let the politicians know that our votes will go only for those who keep peace on the land.

URL of this page https://www.newageislam.com/debate/asad-farooqui-responds-to-sultan-shahin’s-plea-of-forgiveness-on-babri-mosque-dispute/d/1574