•        The traditional scholarship has made the Quran coterminous with God which has made any criticism of the text impossible.

•        Lodged purely in God’s transcendence, the Quran cannot be spoken of as a revelation which implies a certain ‘unveiling’ and a communication.

•        If God decides to reveal Herself in history, then why are Muslims arguing that Her revelation is not historical? 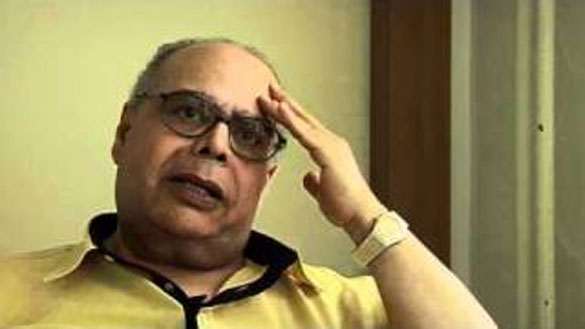 The orthodox position on the Quran is that it is the uncreated word of God. This means that the Quran becomes coterminous with God Herself and since God neither has a beginning nor an end, it follows that the Quran also becomes invested with the same degree of sacredness. Due to this divinity invested in the Quran, Islamic exegetes the world over have argued that not even a single word of the Quran can be altered. Muslims have believed in the trans-temporality of the Quran and have sought answers from it for their contemporary problems. A text that was revealed centuries ago, is expected to answer the modern predicaments of Muslims. Clearly, this is not always possible. As a result, Muslims have developed the fine art of interpreting the Quran to suit modern temperaments and go around circles only to become apologists for medieval values like polygamy and slavery.

One way out of this predicament is to disengage the Quran from its supposed sacredness. This was the prime motivation behind the writings of late Nasr Hamid Abu Zayd (1943-2010), an Egyptian scholar of Islamic studies. After receiving a traditional and technical education, he came to Cairo for higher studies and eventually started to teach there. Deeply influenced by the works of Ibn Arabi, Wittgenstein and Hans-Georg Gadamer, he decided to use the theories of literary criticism and apply them to the study of Quran. Zayd argued that the belief in the sacredness of the Quran was patently absurd. Not doubting the sacredness of the revelation, he argued that the moment it was revealed to a human being (Muhammad), it became an interpretative text, i.e., it became a product of human intelligence. The Quran itself time and again reminds us that Muhammad was but a mere mortal.

Moreover, the Quran was revealed to Arabs in their own language. It cannot be imagined that Arabic is the language in which God speaks since that will compromise his transcendence. Zayd argues that two important lessons can be derived from this act of God. First, God Herself through the angel Jibreel, makes Her word part of the history of Arabs which means that She Herself is causing to historicize the word. Secondly, the Arabs would not be able to understand a single word of God if they were not predisposed to that language and the imagery invoked by it. Thus, all revelations are only understood as such by the meaning that it attached to it by the community of believers. The collection of those revelations, which is now known as the Quran, is primarily a human endeavor imbued with deciphering its meaning. It follows therefore that while the revelation is sacred, the same cannot be said about the Quran (mushaf) as it is the result of human mind which was predisposed towards that revelation.

Such arguments had earlier been made by the group of Muslim philosophers known as the Mutazila. The important question for the Mutazila was whether it is possible to understand the divine meaning of the Quran without having a pre-understanding of justice or the unity of God? Thus, the Quran can only be understood within the subjective worldview of the believer. The very understanding of God as just can be only comprehended through the linguistic trope of justice which has been pre-existing within a particular society. In other words, what Zayd is arguing is that treating the Quran as a text which is beyond history and time is erroneous. He pleads to bring the Quran within the ambit of history because this is what God intends us to do.

Against the dominant Muslim belief that Quran is a transhistorical and transtemporal text, Zayd argues that if that was indeed the case, then Muslims would not have had any access to it in the first place. Lodged purely in God’s transcendence, the Quran cannot be spoken of as a revelation which implies a certain ‘unveiling’ and a communication. God chose to reveal her word ‘historically in the 7th century and in a specific language which had a pre-history’. Thus, the Quran was revealed in a history, a culture and a language. This means that ever since She sent the Quran, ‘God Almighty decided to be historical’. And if God decides to reveal Herself in history, then what is the point of Muslims arguing that it is not historical? The Quran therefore should be treated both as a historical text and as a text which is conditioned by history.

There are two important implications of Zayd’s argument. The first is that the Quran as a product of human mediation opens up the possibility of change in the text. Muslims today live in a very different time as compared to when the Quran was revealed. Moreover, the community has expanded throughout the world and Muslims today are very culturally diverse. As a product of human interpretation, the Quran can be re-interpreted to suit the needs of the present times. Not just that; certain parts of the Quran which are specific to its time and place need not apply today or apply equally in different geographies. The orthodoxy has always insisted that this cannot be done as it will be akin to questioning divinity itself. Zayd gives us a way out by not questioning the divinity of the revelation but pointing out that the revelation was perhaps intended to be changed and modified over time since it occurred within a given time and space.

The second implication of Zayd’s approach is that it allows Muslims to see that the Quran is a text of multiple meanings and discourses, hence its interpretation will always be multiple. The prime question of hermeneutics is precisely this: can we understand the meaning of any text without the role of the interpreter? As historically contingent process, human interpretation can never be absolute or claim an absolute truth. By treating Quran as a discourse, Zayd wants to free it from the clutches of traditionalist orthodoxy. This would transform the Quran into a living text, open to multiple interpretation and meanings, each as valid as the other, and carried out without the fear of being ostracized or declared a blasphemer or apostate. Open and democratic hermeneutics will pave the way for an open and democratic society, something which Muslims have lacked historically.

These implications of Zayd writings upset the political establishment in Egypt. A charge of apostasy was brought against him by his university colleague, which was later upheld by the court. Now a certified apostate, Zayd was even ‘ordered’ to divorce his wife (a professor at the same university) because a non-Muslim man could not be married to a Muslim woman. The couple had no option but to flee to Europe where Zayd taught at different universities. Once again, the Muslim world was deprived of reading about and debating the ideas of a thinker who was only trying to find a way out of the mess that Muslims have created for themselves.