Critiquing Islam: Mahmoud Taha And The Second Message Of Islam; Makkan Verses Of Peace Versus Madinan Verses Of War

The Meccan Verses Of Peace, Persuasion And Egalitarianism Represent The Original Intent And Message Of Islam

•        The notion of Sharia, built on this erroneous principle, will always be discriminatory towards women and non-Muslims. This is totally opposed to the fundamental teachings of Islam.

•        Muslims must reverse the emphasis and recover the Meccan verses as the guiding light of Islam. 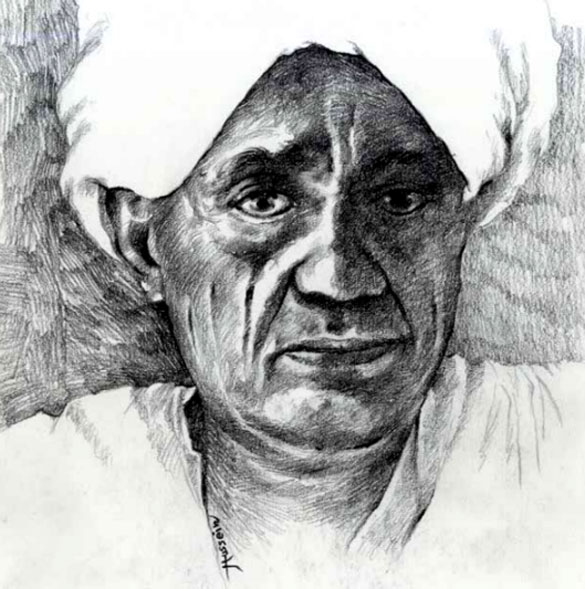 Like most religious texts, the Quran contains verses which promote peace, toleration and pluralism but at other places calls upon the believers to kill the infidels. Muslims have wrestled with this contradiction for centuries. The early exegetes resolved this contradiction by propounding the theory that the latter verses revealed in the Quran abrogated (naskh) the earlier ones. Since the verses which normally speak of peace and non-violence were revealed earlier in Mecca, they got abrogated by the war like verses revealed later in Medina. Rather than solving any problems, this method of abrogation produced an Islam which became supremacist. It made Muslims intolerant towards any other faith tradition except their own. This method becomes especially problematic when the Quran is being read within a multireligious society. The traditionalist reading of the Quran has direct consequences for inter-community relations in any multicultural society.

It was within such a multireligious context of Sudan that Mahmoud Mohammed Taha (1909-1985) sought to foster a radically new reading of the Quran. While accepting the chronology of revelation, he posited that the Meccan verses which talked about peace, persuasion and brotherhood is the core message of Islam. The later Madinan verses arose out of a special circumstance and hence its message was temporal in character. In Medina, Muslims were struggling to establish themselves as a faith community. With those circumstances no longer existing, Taha argues that Muslims must return to the Meccan verses and consider them as the final message of Islam. The first message of Islam (in Mecca) is therefore its second and final message.

As we will see, the insistence that the Meccan verses should be read as the second and final message of Islam is not just tinkering with chronology but has deep implications for the understanding and implementation of Sharia and the imagination of what constitutes an Islamic state. We know that Islamic Sharia is based on the texts of the second stage, the revelations in Medina. Taha argues that in this stage, God was responding, through the Prophet, to the actual needs of an existing society which was at a particular stage in its historic development. To that end, some aspects of the earlier messages were abrogated from a legal point of view although its moral validity continued. Taha argues (and it is here that he differs fundamentally from the traditional exegetes) that the Naskh was in fact a postponement and not a final and conclusive repeal. Taking this position, Taha points out that the message of Islam was and continues to be one of complete liberty and equality of human beings, irrespective of religion, sex or faith.

The historical Sharia is thus not the whole of Islam but merely a level of Islamic law which suited a particular stage of human development. Since that context (the state of Medina) does not exist anymore, it follows that the extant Sharia, as understood by Muslims, should be made totally irrelevant. Human society has reached the stage where the original message of Islam, revealed in Mecca, should become the standard through which Muslims should relate to the world. According to Taha, this was a message of universal brotherhood and one where women and non-Muslims will have full rights as citizens.

Moreover, ‘the Meccan and the Medinan verses differ, not because of the time and place of their revelations, but essentially because of the audience to whom they are addressed’. The phrase ‘O Believers’ (in the Medinan context) addresses a particular community while ‘O Mankind’ (in the Meccan context) refers to all people. The verse ‘you have received a Messenger from amongst yourself who is deeply distressed by your suffering, cares for you, and he is tender and merciful to the believers’ (9: 128) is in contrast to the verse ‘God is truly tender and merciful upon mankind (2: 143). And the reason for this, Taha argues is that these messages were meant for very different audiences. In the former God is addressing a particular community at a particular time in history while in the latter, He is addressing the whole mankind. Similarly, Taha argues, the hypocrites were mentioned for the first time in Medina during the ten years of revelation, but never during the thirteen years of revelation in Mecca because there were no hypocrites there.

Thus, the Quran is both transcendent and contextual and it is the former message of Islam which Muslims need to now recover as the final message. To this effect, Taha also makes a distinction between al-Muslimeen and al-Mumineen (those who submit) and argues that it is the latter (as submitters) that is demanded by the Quran. What Taha is basically arguing that Muslims must cease to exist as a political identity and should only exist with a universal identity which is characterized by submission to God. It follows then that rather than following the Sunna, anyone who submits to God is qualified to be called a Muslim, thus erasing the distinction between different religious identities. Rather than being parochial, the need of the hour is to recover the universal message of Islam which was witnessed during the Meccan period.

Muslims today, especially those who want to move ahead with times, are beset with a profound dilemma. They have the choice to either implement an inherently discriminatory Sharia or to discard it completely and strive to establish a secular state. Both options are untenable for many Muslims who do not want to let go of their religion but at the same time are not happy with its dominant interpretation. Mahmoud Taha shows a way forward: to evolve Islamic law in such a way that it’s discriminatory features automatically become redundant.

Unfortunately, Muslims were not ready for this message and Taha was executed for apostasy. The judge in his order made approving references to rulings from al-Azhar and the Saudi funded Muslim World League. The current crisis in Sudan between Muslims and Christians started with the imposition of Sharia in 1983, something Taha was arguing against. The Muslim world was denied another the opportunity to engage with another original mind whose ideas had the potential to the change the world.