Syed Akbaruddin, India’s Permanent Representative to the United Nations in New York, demitted office on April 30 on retirement from the Indian Foreign Service (IFS). In his thirty-five years of service, Akbar, as he is known in the IFS, contributed to the safe-guarding and promotion of India’s national interest in a number of onerous assignments at the Ministry of External Affairs and in Indian Missions abroad. Clear-headed and analytical, soft-spoken and persuasive, courageous in maintaining and articulating his convictions, throughout his career Akbar displayed all the qualities that make an ideal diplomat. 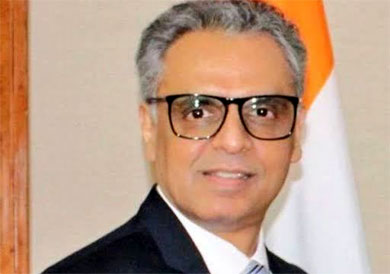 Akbar did particularly well as India’s Permanent Representative. He conveyed India’s positions on international issues to the UN with great skill and effectiveness. His affability enabled him to build a large network of contacts and friends, so necessary for a successful diplomat. This contributed to one of his enduring successes: India’s victory over Britain in the election for a judgeship at the International Court of Justice. Showing spine Akbar held on to the view that India did not have to reach an understanding with Britain, though it was initially backed by the Permanent members of the Security Council. Fully supported by the government worked for India prevailing over Britain. Seeing the writing on the wall the British finally withdrew their candidature.

Throughout his career Akbar maintained the traditions of the IFS which will celebrate its seventy-fifth anniversary next year. The IFS was established in October 1946 through a decision of the then cabinet of led by Jawaharlal Nehru. Ten months later India became independent and the Ministry of External Affairs took over the responsibility for the conduct of all aspects of India’s foreign relations. It is noteworthy that the Ministry of External Affairs did not have an equivalent in British India; the Political Department of the Indian government during British rule had the narrow focus of dealing with the Princely States and neighbouring countries such as Afghanistan and Nepal. It was not an entity of a sovereign government nor was the political service that manned it an instrument of a sovereign government but of a colonial administration. Sovereignty lay in Britain.

The IFS was initially constituted from the Indian Civil Service and persons recruited from the professions and different walks of life through an interview process. Direct recruitment through examinations conducted by the Public Service Commissions also began in 1948. Nehru who held the Foreign Affairs portfolio all through till his death in 1964 took a personal interest in the recruitment and briefly interviewed each candidate. As the years passed and the early recruited service members retired the IFS came to be manned only by those who qualified through examinations. Also, as the country became more egalitarian so did the IFS in the social composition of its members. The service has in its membership reflected the democratisation of Indian society.

It is often overlooked that independent India’s leadership did not have any experience of dealing with the international state system when it came into office. Indian diplomats too did not have any background or direct knowledge of the ruthless diplomatic power play game. Relatively quickly Indian leaders and diplomats learnt that the norms of justice did not really have any role in international affairs; national interest was the only currency that mattered even if all countries tried to project their actions as based on noble considerations. But the diplomatic style all through the first three decades of independence emphasised the need for the international community to adhere to ideals of fairness and the good of all. Certainly, this too was required for India to have an effective voice in a world undergoing decolonisation. Indian diplomats played an outstanding role especially in multilateral contexts to further this process.

The end of the Cold War in 1991 and the liberalisation of the Indian economy brought in new realities for India, including in the external sphere. The world changed rapidly and became more complex and the promotion of Indian interests during the past three decades brought in new demands on the IFS. Also, during these decades India position and status rose in global affairs. The IFS had to acquire greater nimbleness and expertise in the economic and commercial spheres as well as in helping the nation in the management of its security concerns.

No longer was India only part of developing countries asking the advanced countries for their rightful share but it was increasingly part of the rule making group of countries. Its participation became essential to manage critical issues that are central to the wellbeing of the planet. The IFS acquired the expertise to assist the political leadership in handling these difficult issues. Indeed, as the interaction of global political leaders is becoming more and more frequent the role of diplomats is becoming somewhat masked. The fact is that diplomats’ role is inescapable for they provide the professional inputs and options to political leaders and thereafter execute their decisions through the instruments of diplomacy. All this requires patiently building bilateral, regional and global structures for nations to find a coincidence of interests. That is the only sure basis for ensuring global cooperation and preventing conflicts.

It is here that the UN stage is important and it is here that a good diplomat can play a great role in securing the national interest. Akbar did so magnificently and can now hang his boots with the satisfaction that he made a real contribution to the nation.