THE recently passed Punjab Tahaffuz-i-Bunyaad-i-Islam Act provides sufficient cause for concern to anyone invested in the intellectual and cultural climate of this country. There are several aspects of the legislation that elicit consternation, but I want to focus on three in particular: the first is the deference to unilateral executive authority on issues related to cultural production and consumption (book selling, publishing, distribution); the second is the renewal of state-sanctioned efforts at socialising and disciplining populations through regulation of the intellectual domain; and the third is the straitjacket that legislation such as this one places on the entire political process. 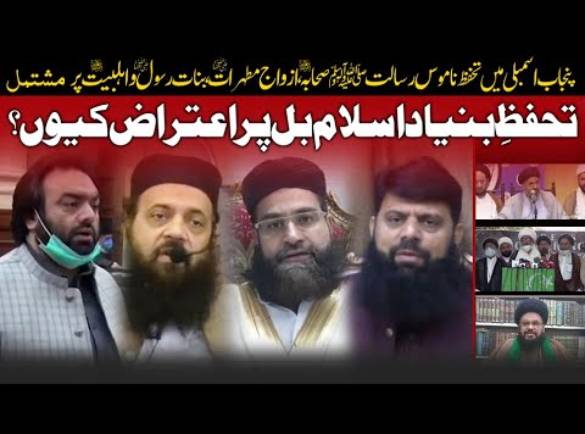 That Pakistan is still a deeply bureaucratised state is obvious to all. Everything from formulation of policy, design of projects, to implementation and administration is tied to bureaucratic authority with only semblances of participation-based accountability. Nowhere is this more apparent than in the way urban centres in this country are run — ie at the whims of insular civil and military bureaucrats.

What has become increasingly apparent over the years from this bureaucratisation of public life is that it leaves little space for oversight and accountability. These terms tend to be associated with acts of malfeasance carried out by politicians, but the reality is that much of Pakistan’s governing structure — from decision-makers to implementers — is opaque and unaccountable. What this new legislation has done is place an entire domain — one central to the cultural life of an entire society — into the hands of yet another bureaucratic office with marginal provision for transparency and oversight. 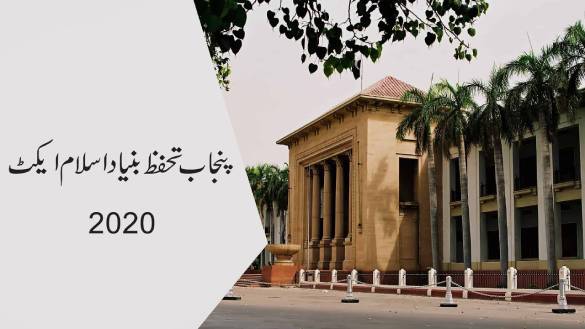 Beyond the more precise identification of terrorist acts, racial animus, and glorification of violence, the act provides purposefully vague guidelines on what constitutes objectionable material in published form. Clause 3e, for example, relates to obscenity and forbids the publication or distribution of “any material that is in conflict with commonly accepted standards of morality and decency…”. What are these commonly accepted standards that are simultaneously so obvious and yet elude any codification? (The correct answer is there are none and granting authority to a single office to determine their scope is a recipe for disaster).

Of further concern is the fact that the only external oversight actually guaranteed by the act is to the Muttahida Ulema Board on books in which the subject matter is ‘religion’. By this and the metric mentioned, works now considered central to the canon of Urdu literature, such as those by Manto, would probably not make the cut.

It is of course plausible that the person tasked with regulating the book industry in Punjab under this act may choose not to enforce any ideological standards. But it is also equally plausible (if not more) that the unilateral authority granted by this legislation will compel even otherwise docile administrators to become self-declared guardians of public morality and intellectual standards.

Just reading the act makes it apparent that it is the product of several concurrent political and intellectual (if one may call them that) tendencies. The first is continued securitisation of cultural space, which is a direct product of the conflicts of the preceding decade. Regressive propaganda and incitement to communal and sectarian violence through publications have historically remained an important source of jihadi socialisation and recruitment; steps to counter such work through this act appear to be quite blunt and clumsy, but they can still be justified on some grounds. What is clear though is that the rest of the clauses — related to the sanctity of statist ideology, public morality, and reverence towards religious figures — are attempts at satiating the state’s, rather than citizen’s, insecurity, and asserting ideological and intellectual control.

Who bears the cost of these controls? Obviously not the generation that is making these decisions. They’ve already figured the world out and just want to remake it in their flavour. The prime suffering will be borne by the young, who instead of getting a chance at experiencing intellectual uncertainty and moral dilemmas, will be asked to choose from someone else’s curation.

That this is happening in the current climate and with the decrepit conditions of public varsities is highly egregious. Higher education in the country is already suffering from fiscal constraints, the burden of a purely vocational and credential-based ethos, and repressive administrations on campus. Now students will suffer further from the denial of intellectual freedoms because someone much older sitting somewhere far removed from them deemed a particular book to be against their supposed values.

Finally, the way this legislation was conceived and passed reveals the ideological and expedient undercurrents that continue to straitjacket electoral politics in this country. The act was named in a way to minimise any possible opposition to it; after all, who in their right mind would ever raise question marks against a legislation that purportedly aspires to protect and strengthen the foundations of religion.

In doing so, its conceivers and originators achieve both ideological and political victories. In the first instance, they satiate their own zeal for curtailing the space available to alternative narratives and ideologies (by banning them). In the same stroke, they’re also able to demonstrate their now gold-plated nationalist and pious credentials to the audience of their choice — voters within the urban middle class, the guardians of our geographic and intellectual frontiers, the religious far-right among others.

Once more, deliberative politics has given way to hurried zealotry, participation and accountability sacrificed for bureaucratic control, and intellectual freedoms waylaid for expedient gain. As an educator, I find this to be deeply disturbing. Not because the idea of intellectual insecurity on part of state elites is somehow unique to Pakistan, but that when armed with autocratic mechanisms, such as banning publication and sale of books, the end result is further sterilisation of already constrained space for critical thinking and reflection.