There has been a sharp increase in Pakistan’s vicious information war campaign against India. An analysis would reveal three triggers: The Balakot attack of February 2019, the return of the BJP government in the May 2019 elections and the August 2019 revision of Article 370. 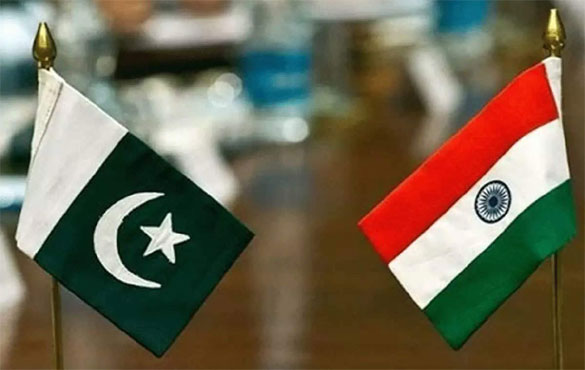 There has been a sharp increase in Pakistan’s vicious information war campaign against India.

Balakot demolished Pakistan’s longstanding assumption that the nuclear equivalence guaranteed that India would not retaliate against terrorist attacks. The return of the BJP government signalled that India would continue to follow a muscular policy for the next five years. The Article 370 decision demolished the centrepiece of Pakistan’s nationalism — “Kashmir Banega Pakistan” — and raised apprehensions about India’s plans for Pakistan Occupied Jammu and Kashmir (POJK).

Pakistan has two main instruments working in tandem for the furtherance of this policy — the ISI and the Inter-Services Public Relations (ISPR). The ISPR is a one-stop-shop for the info war against India. It has, over the years, recruited thousands of youth, trained them in the mechanics of social media and used them to project anti-India themes.

The core Pakistani objective is to demolish “Brand India” by attacking its key components — an inclusive and secular society, democratic polity, decisive government, a developing economic powerhouse and strong foreign policy. This has been done by trying to polarise society and disrupt social cohesion. The expectation is that such a strategy would have a cascading effect, adversely impacting India’s secular and democratic credentials, scare foreign investment and lead to questions about its international image.

The key platforms for this strategy are Twitter, WhatsApp, YouTube and Facebook. A large number of fake social media accounts, especially on Twitter, have been created. Even though Twitter is not the most popular platform in terms of numbers in either India or Pakistan, it is perhaps the most effective form of instant communication. Pakistan has developed malicious narratives embellished with fake audio and video clips. The use of handles with phoney Middle Eastern identities is the latest addition to its bag of tricks.

On J&K, the key themes are: Kashmir is a “disputed territory” awaiting solution under the UN resolutions; India needs to talk to Pakistan to resolve the issue and since India refuses to talk, there must be international intervention; Kashmiris want “azaadi”; Kashmiris are waging a jihad against India; the Indian Army is violating the human rights of Kashmiris. Recently, they are propagating that India is preparing a false flag operation and genocide of Muslims in Kashmir.

What is noteworthy is that the same anti-India narrative is repeated ad nauseam from every medium and platform — whether it is politicians like Imran Khan or Shah Mehmood Qureshi, the ISPR, or print, electronic and social media.

One indicator of Pakistan’s strategy is available in the Pakistan Army’s Green Book 2020. An article by Lt. General Raza Muhammad Khan (Retd.) states: “With the proliferation of the internet, nowadays nothing can escape exaggeration, distortion and fabrication to manipulate perceptions on crucial issues of peace and security.” Another article by one Farzana Shah states: “A single video clip or picture can change the perception of India, which it has built so painstakingly over the years.”

For India, there has to be a relentless vigil and battle against this campaign just as there has been against terrorism fomented by Pakistan. Even though the Indian polity is strong, such persistent venomous attacks can temporarily damage our social fabric. We must not allow ourselves, wittingly or unwittingly, to fall prey to such machinations to polarise society, even temporarily.

Tilak Devasher is Member, National Security Advisory Board and author of three books on Pakistan. Views are personal