Win Back Muslims’ Trust: Never Before Has India More Needed to Come Together to Fight A Common Enemy

What went wrong this time? Why did we witness again the heart-breaking spectacle of desperate migrant workers trying to walk hundreds of kilometres home from cities? Why once more did we see them locked up behind barricades and beaten brutally by policemen if they managed to get out or gather in large numbers? After the first lockdown when this happened, our state governments made the credible excuse that they were given only four hours to prepare and had no idea that so many thousands of migrant workers would want to return to their villages. This time chief ministers knew the lockdown was going to happen and some locked their states down before the Prime Minister extended the nationwide lockdown till May 3. What was it then? Criminal incompetence or criminal mismanagement? We can afford neither. 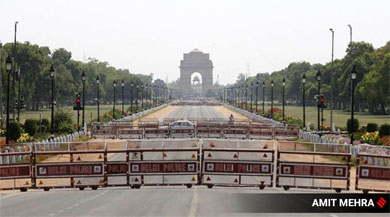 It is good to see that the Prime Minister has started working with the chief ministers in this war against COVID-19. We need collective leadership if we are to survive the worst crisis I have seen in long years of journalism. Nothing that went before compares because this is the first time that the enemy is both cunning and invisible. The Prime Minister needs all the help he can get. So, when Rahul Gandhi offers advice and support, as he did last week, instead of unleashing the BJP troll army to mock him on Twitter, it is worth listening to his suggestions. He made a few that were very sensible. He said that ordering a lockdown was like pressing a pause button and not a solution. True. And, he suggested that testing needed to be increased exponentially. True.

In this village, where I have been locked down for three weeks, the suggestion that made the most sense to me was that grain rotting in the godowns of the FCI (Food Corporation of India) should be released to state governments. Also, that he pointed out that although the amount of subsidised grain supplied on ration cards has been doubled, many of our poorest citizens do not have ration cards. I want to add that it should be used to open free kitchens across rural India. In this village, the temple is supplementing the rations that the government gives but what is needed is a ‘langar’ of the gurudwara kind. Having covered famine situations in different parts of India I can report that lives were saved wherever cooked food was available even once a day. In this village which is more prosperous than most because of tourism from Mumbai, there are also families living below the poverty line. Those with Jan Dhan accounts have received Rs 500 but this is barely enough to buy vegetables and cooking oil for three days for a small family. India is fighting not just a pandemic but also the looming spectre of starvation.

A grim, ugly summer lies ahead because there are other battles to fight. As soon as the virus is brought slightly under control there will be the economic problems. They are huge. It is not just small businesses that have started hurting already, big businesses have as well. And, there is so far not the faintest sign of a strategy to deal with what could be the worst recession India has faced since 1947. From Modi’s ministers too many comments of the helpless kind have begun to come. They have started to behave as if they can do nothing at all because if the recession is worldwide what can they possibly do. It is a playbook that has been used many times before, most recently in 2008, but it is a playbook that needs to be thrown away. Blaming the world is not an option this time. So, can we please start hearing what the Prime Minister’s strategy is to steer us through this awful time?

Meanwhile, he needs to exert pressure on the BJP troll army on social media. On my Twitter timeline I get tweets daily so filled with hatred and venom against Muslims that it is as if these twits truly believe that there would be no pandemic in India if it were not for our Muslim citizens. Here I need to add that it has never been more important for the religious and political leaders of the Muslim community to come forward and stop ordinary Muslims from inviting hatred by attacking doctors and nurses. What happened last week in Moradabad was sickening. Enough damage has already been done by the Tablighi Jamaat. Speaking of which, why is it so hard to find Maulana Saad?

If there is one good thing that this virus has done it is that it has put an end to the problems created by the Citizenship Amendment Act (CAA). It has to stay that way. Never before has India more needed to come together to fight a common enemy. If the Muslims have lost trust in Narendra Modi’s government, and they have, it is time for the Prime Minister to go out of his way to win back this trust. The battles that lie ahead will not be won if we are distracted by violence, hatred and communal tensions.

All over the world today prime ministers and presidents face the ultimate test of their leadership and Narendra Modi is no exception. His problems are bigger because he is forced to rely on a bureaucracy devoid of both compassion and competence.

Original Headline:  It’s time for PM Modi to go out of his way to win back Muslims’ trust