Initiatives for Youth, Women: How One Couple Is Helping Bhatkal Shed the Terror Tag 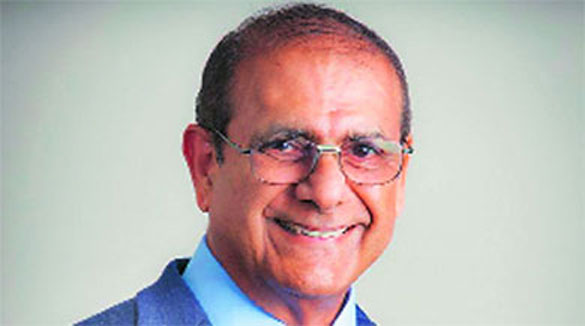 The small port town of Bhatkal, pushed from relative obscurity to the country’s terror map because of the likes of Indian Mujahideen leaders Riyaz, Iqbal and Yasin Bhatkal, finally has a reason to cheer. A US-based NRI multi-millionaire and his wife are helping locals in the hometown in Karnataka develop job skills, bring Bhatkal women into the mainstream and encourage inter-community ties.

As Bhatkal struggles to rid itself of the terror tag — more recently, Bhatkal residents Sultan Abdul Kadir Armar and Anwar Husain died fighting alongside jihadists in Syria and Afghanistan — Zubair Kazi has been hailed as one of the town’s biggest success stories.

Kazi, 68, who hails from Bhatkal and was educated in Calicut and Mumbai, moved to the US in 1969 to pursue his dream of becoming a commercial pilot. He reached Los Angeles with four dollars in his pocket, and worked as a cook at a Kentucky Fried Chicken outlet. He went on to become the nation’s second biggest KFC franchisee with around 300 outlets, later buying into the Burger King and Pizza Hut franchisee as well.

Downsizing his restaurant business to 100 outlets in the US worth over US$ 150 million, Kazi has diversified with a medical imaging device company and a nutraceutical firm.

Kazi visits Bhatkal once or twice a year. Speaking about the image of the town taking a hit in recent years, Kazi said over the phone from Hawaii, “It’s very sad. When I’m there, I hear these things. I don’t know any of these people. Our young generation needs to look far ahead and do things. Sometimes they take shortcuts to prove themselves. That’s one of the reasons my wife thought we need to educate women so they can take care of their children better. She has set up a 40,000 sq ft centre in Bhatkal to help women.”

Kazi’s wife Khatija, 62, started the Bhatkal women’s centre in May 2012, and spends two-three months at least twice a year in Bhatkal. The centre provides computer courses, Montessori and kindergarten classes, and classes on spoken English, general knowledge, cooking, stitching and Mehndi work. It also has a library and a gymnasium.

“Women in Bhatkal are very shy and follow the Purdah system very strictly. There was a dire need to start a facility to bring out their talents. We regularly have exhibitions where people set up stalls. I also try to train people about customer services, on how to behave with customers as one would in the US. My goal is to bring Hindus, Muslims and Christians to work together in harmony and develop friendship,” Khatija said from Bhatkal.

“Our community, which is peaceful and friendly, is sadly misunderstood,” she added.