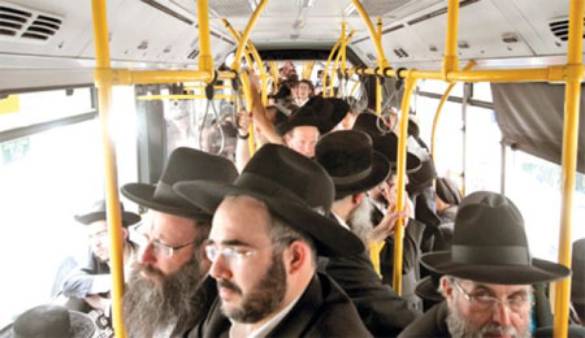 Two buses were stoned by a group of Haredim in Beit Shemesh on Wednesday after the police arrested a man and woman who had asked a female passenger to move to the back of the bus.

The incident began on a No. 497 bus from Beit Shemesh to Bnei Brak, which is run as a mehadrin line on which men and women sit separately. Under a ruling by the High Court of Justice in 2011, such seating is strictly voluntary. 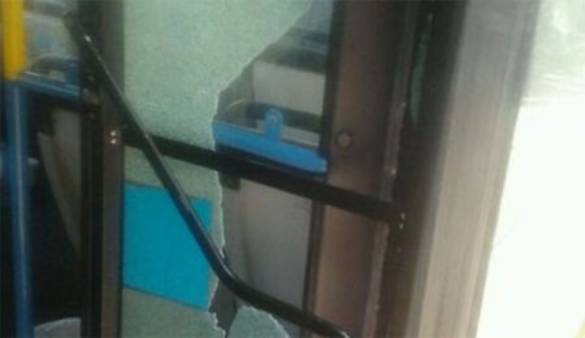 A bus in Bet Shemesh that was struck with stones on July 31, 2013. Photo by Roternik group of journal...

According to passengers on the bus, one of the female passengers asked a woman who was sitting at the front of the bus to move to the rear. While the seated woman did not object, the driver - who heard the conversation - summoned police, who detained the woman who had made the request and her husband, and the bus continued on its way.

When news of the incident spread, groups of ultra-Orthodox youth stoned two local buses. Moshe Schuman was a passenger on one of them, the No. 417 from Ramat Beit Shemesh to Jerusalem.

“The bus was full because of the vacation,” Schuman said. “When the driver stopped at a stop, four people in Haredi dress blocked the bus’ path and began to bang on the windows with a hammer. The passengers got upset, there were people there with babies. The driver tried to flee the scene but he couldn’t because they were blocking the bus’ path. Only after they’d smashed all the windows and ran away was the driver able to drive to a safe spot.”

The confrontations between ultra-Orthodox and non-Haredi residents of Beit Shemesh on issues of modesty and exclusion of women has made the headlines in the past few years, ever since Haredi extremists began spitting at and harassing religious girls, whom they claimed were not dressed modestly enough while making their way to school.

The extremist actions by Haredi groups and lack of intervention from Mayor Moshe Abutbul (Shas) is shaping up to be a focal point for the upcoming municipal election. The city’s secular residents are trying to mount a united front so as to prevent the next mayor from being ultra-Orthodox.

During the next two weeks, a survey will be taken among the city’s secular population, to determine which of two candidates will get their support for mayor. By previous agreement, the candidate who doesn’t come out ahead in the survey will drop out. The two candidates are Habayit Hayehudi candidate Aliza Bloch and Eli Cohen.

“A handful of people should not be allowed to terrorize an entire city,” said Bloch, in response to the bus incident. “An iron fist must be used in every such instance, and it is incumbent upon us to eradicate such violent behavior and make sure that every resident of Beit Shemesh and in all of Israel knows that no one is above the law. Anyone who takes the law into his own hands and acts with this type of violence will be prosecuted to the fullest extent of the law.”