Riots In 1947: India’s Top Political Leaders Were Courageous under Fire and United under Pressure

The violence that broke out in north-east Delhi last week is an eerie echo of the past. India’s freedom in 1947 came at a terrible price. From west Pakistan to east Punjab, the country burned with communal fires. From Narowal to Dera Baba Nanak, from Kasur to Ferozepur, from Bahawalpur to Bikaner, and from Mirpur Khas to Jodhpur, those trying to escape were on the move — by train, by bullock cart, and on foot. In Bahawalpur, a battalion of State troops watched impassively as Muslims in the main town began to rampage through the streets. In Delhi, reports of shootings, stabbings and arson began to filter into the home department. 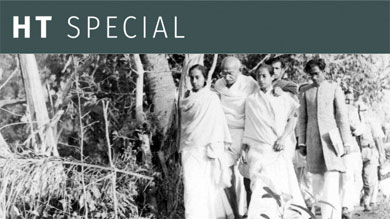 VP Menon, then secretary, ministry of states, would remember the skies above independent India’s Capital turning a dull red as fires began to burn in the Old City. Travelling to Bahawalpur — one of the bloodiest theatres of violence in Punjab — to assess the situation in October 1947, Menon found streets littered so thickly with bloodied and decaying dead bodies that he found it difficult to breathe, let alone walk. “I have seen 1947,” former home secretary (and erstwhile private secretary to Jawaharlal Nehru), HVR Iengar recalled in 1968, “and if that was the first stage of any kind of revolution, then God help us all.”

History repeated itself last week, during United States President Donald Trump’s visit to India. The Capital bore horrified witness to the worst communal violence it has seen in over four decades. With 53 killed, over 350 injured, and bodies still being fished out of the labyrinthine drains in the area, the riots have wounded the city in ways that many had hoped to forget. Most victims appear to be Muslims. The evidence of police brutality and apathy has been both glaring and painful. Yet, it is the absence of leadership that has betrayed Delhi’s residents the most.

As the country moved towards its freedom, history remembers India’s first leaders standing united for peace. In 1946, Mahatma Gandhi spent four fraught months at Noakhali in Bengal (modern Bangladesh) — the scene of terrible communal violence. He listened to harrowing tales of forcible conversions, of rape and bloodshed, but his message was simple: To shun violence and forgive.

Nehru was the epitome of courage in the face of threatening mobs. He was known to fling himself into the breach if he thought he could prevent violence from breaking out. From Roy Bucher to HVR Iengar to New York Times’ correspondent George Jones, there was nobody who had not seen India’s first prime minister charge headlong into a hostile crowd, or demand that the mobs murder him first before he saw a drop of blood being spilt in the name of religion.

Politics did not matter in the face of bloodshed. As the killings spread into 1947, MA Jinnah demanded that Louis Mountbatten be ruthless in clamping down on disorder. “I don’t care whether you shoot Muslims or not,” Jinnah said, “It has got to be stopped.” They might have been on opposite sides of the political divide, but Nehru and Jinnah instinctively recognised that blood could not be the first brushstroke on the canvases of their new countries.

Sardar Vallabhbhai Patel, the then home minister, gave immediate orders. Partisan officials within his government were to be punished and rioters were to be shot on sight. A Delhi emergency committee was formed, with a dedicated team of officials and volunteers undertaking three major tasks: Protecting Delhi’s Muslims; organising camps for terrified Muslims leaving their homes in Delhi and neighbouring areas; and setting up camps for refugees arriving from west Pakistan. Patel personally went to the shrine of Nizamuddin Auliya, where he informed the police commissioner in charge that on pain of dismissal, nothing untoward was to happen to or within the shrine. The home minister toured disturbed areas as well, often standing his ground against swelling, angry crowds to ask strongly for peace.

Menon was instrumental in putting forth the rather creative idea of a Central Emergency Committee (CEC), responsible to the Cabinet, headed by Mountbatten. It was an idea welcomed by both Patel and Nehru who, given Mountbatten’s undoubted wartime expertise, saw no shame in putting the interests of the country into hands more capable than theirs. The CEC worked on the crucial aspects of restoring law and order: Assisting in the flow of refugees, distributing food, preventing the spread of epidemics and disposing of corpses. This was the kind of united leadership, bravery and empathy that remained markedly absent in the aftermath of last week’s violence in Delhi.

The Aam Aadmi Party and the Bharatiya Janata Party have been rightly criticised, for their supine attitude during and after the violence, their total lack of compassion, and non-existent relief efforts. The Congress has been condemned for its belated presence on the scene. It has been the citizens who have come together, regardless of caste or creed, to do what their elected representatives should have been doing.

The leaders of yesteryear were swift to give comfort, and swifter to act in the interests of their country. They were courageous under fire and united under pressure. Today’s leaders have much to learn from them.

Original: Headline:  How India’s top political leaders responded to the riots in 1947