A columnist recently described the prime minister of Pakistan Imran Khan as a populist. When he posted this on Twitter, one respondent corrected him by saying that, compared to the long list of populist heads of government and states in the world, Khan’s populism had “a lot more sugar.” 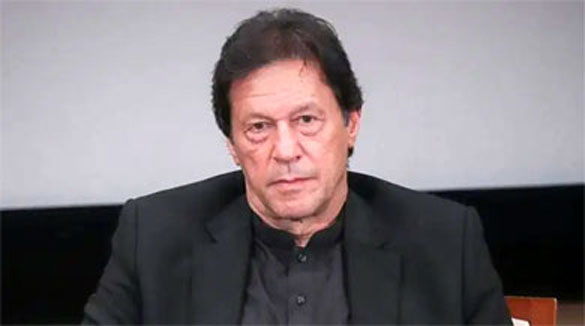 Is populism a problem? Most political scientists seem to think so. Especially those who are now studying populism in a lot more depth due its rise across various countries in Asia, Europe and the Americas. So what is it? In the summer of 1967, dozens of academics from around the world met at the London School of Economics (LSE) to give populism a concise definition. They failed.

They concluded that there was no clear way to define populism because it wasn’t a fully realised ideology. What’s more, populism can emerge from the left as much as it can from the right; and it can be found in an authoritarian set-up as well as in a democracy.

This is what makes it an elusive idea. Very few populists actually ever describe themselves as such. Therefore, as a term, it is mostly used by political scientists to study politicians and activists who, at least vocally, glorify the ‘common, decent folks’ and lambast the manner in which the poor are being exploited by ‘corrupt’ economic and political systems and the equally corrupt ‘elite’ helming these systems.

There is now a loose consensus among most political scientists who see populism as championing the idea that the will of ordinary citizens should prevail over that of a privileged elite. But don’t most political stances and ideologies, especially on the left, claim the same? They do, but populism carves a separate space for itself by accusing these ideologies as ‘fake’ because their followers have been compromised and co-opted by the ‘corrupt system’ and the elite. Therefore, in essence, populism also poses to be anti-establishment.

Even though most political scientists agree with the above-mentioned assumptions, they still see populism as a volatile and unstable occurrence that often emerges as a rush-of-blood reaction, which is then consumed by its own energy and anger. The first proper occurrence of populism in the 19th century is a case in point. In fact, this was also when the term populism was coined.

In late 19th century, a third party emerged in the US, called the People’s Party (PP). It defined itself as a ‘populist party.’ It had sprouted from a left-leaning radical agrarian movement. The party was critical of the country’s two mainstream parties, the Republican Party and the Democratic Party. It accused both of working for the business elites at the expense of poor farmers.

The party called for the nationalisation of industries, a progressive income tax, workers’ rights and direct elections to the Senate. It was successful in getting a number of its members elected to the Congress but, by then, various factions had emerged within the party.

For example, some factions advocated equal rights for blacks and immigrants, while others who were ‘nativists’ opposed this and encouraged a more xenophobic attitude. The party also split on grounds of Christian sectarianism, whereas parts began to air anti-Semitic views. The party collapsed and much of it was eventually adsorbed into the Democratic Party.

The rise, splintering, and collapse of PP is still used as a classic example to exhibit the inherent contradictions within populism, and why it has been tough to define it as a coherent ideology with a core doctrine. Therefore, many political scientists see it more as a demagogic style of politics, which can be adopted by politicians from both sides of the ideological divide.

During the 1967 conference at LSE, academics studied PP, ‘McCarthyism’ and Mao’s ‘Cultural Revolution’ in China, defining all of them as populist. McCarthyism is associated with a right-wing US senator, Joseph McCarthy, who in the 1950s led a witch-hunt against alleged ‘communist sympathisers’ within the country’s ‘liberal intelligentsia.’

He managed to get a number of intellectuals and artists ‘blacklisted’ by claiming they were communists and/or Soviet agents. He said he was keeping the ‘decent common folks’ of the country safe from communist conspiracies. But as his antics became more bizarre, he was exposed as a fraud by the journalist Edward Murrow. Disgraced, McCarthy died of alcoholism.

The conference also explained Mao’s Cultural Revolution as populist because, even though emerging from the left, it too instigated the ‘common folk’ to take to task ‘the corrupt elite’ of Mao’s own party. Millions of Chinese lost their lives, executed by young fanatics, energised by Mao’s rhetoric. They slaughtered teachers, professors, doctors and intellectuals, accusing them of corrupting China’s communist revolution.

An April 2018 study on populism published by the Tony Blair Institute For Global Change mentions three strands of populism: Cultural populism, socio-economic populism and anti-establishment populism. However, all three are not distinct from each other and overlap. The study agrees that populism is an elusive term but all forms have at their core the claim of fighting for the common people against corrupt elites.

The report suggests that cultural populism has been the most popular in recent times, which claims that the ‘true people’ are the native members of the nation-state, and not ‘outsiders’ such as immigrants, criminals, ethnic and religious minorities, and cosmopolitan elites. Cultural populism tends to emphasise religious traditionalism, law and order, sovereignty, and paints migrants as enemies.

Socio-economic populism suggests the same but in the context of economic resources, whereas anti-establishment populism brings into question the role of the state, which is seen as titling towards the elite.

The report cites presidents and PMs of US, India, Hungary, Philippines, Italy, Brazil, Russia, Bulgaria, Greece and many other countries as populists. Most of them came from the right but, as political scientists have noted, even when emerging from the left, populism ends up taking a rightest turn, because it understands the ‘common folk’ as conservative, religious and anti-intellectual. We saw this happened to the populist Z.A. Bhutto’s once — ‘leftist’ regime in Pakistan.

So where does PM Khan fit into all this? Like the 19th century American populists, he derided the country’s two established parties, the PPP and PML-N, as ‘parts of a corrupt ruling elite.’ However, populism’s inherent contradictions were quick to surface when his party welcomed many former members of the two ‘corrupt’ parties.

The inherent contradiction surfaces again in his socio-economic populism when his ‘pro-poor’ rhetoric stands in stark contrast to his regime’s overt tilt towards the business communities, or at least the ones supporting him. Like McCarthy, he also detests the liberal intelligentsia. Personally, his cultural populism is devoid of any distaste

for minority groups, but as was inherent in the American PP, there are many elements within Khan’s PTI who hold overtly xenophobic views against minorities.

The anti-establishment factor in his populism is squarely relegated to sidelining the two established mainstream parties. Otherwise, his rise to power and stay here is largely aided by the military establishment which sees him as the most feasible candidate to oversee the kind of hybrid democracy it wants to retain in Pakistan.