I’ve made a few condolence calls during the past few months. None of the people I called to condole about had died of Covid-19. I was always given another reason. 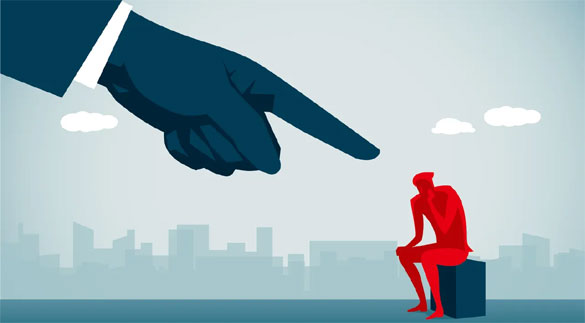 It started with the death of an uncle two months ago. I called to condole with my cousin. We had not spoken in more than a decade. My uncle was in his 80s, and I thought it’d be a life-well-lived type of conversation, but soon it turned into a detailed and uncalled-for denial: My dad, your uncle, didn’t die of Covid-19, my cousin said.

My uncle had tested negative; he died of a heart attack; I was told. I hadn’t even mentioned the C-word.

I managed to get in my life-well-lived bit and hung up.

Since then I have seen a pattern: I have made a half-dozen calls, the subject of my condolences were five men and one woman, between the ages of 31 and 82, and without my ever mentioning the subject, I was told, “It wasn’t what you think.”

There was one exception: A friend’s father died and my friend told me his father had died of Covid-19 but that the family was trying to cover that up.

My friend is a doctor who has lived and worked in the United States for the past three decades. When I called him, he told me about the circumstances of his father’s death: His father was in his late 70s and like many, many Pakistanis had chosen to believe that either the new coronavirus is a hoax or it would shy away from good Muslims.

My friend’s father had been socializing in his neighbourhood of Karachi and offering his prayers in public, going into the mosque through the back door when, for a time, people his age were banned from visiting. He fell sick, was hospitalized, tested positive for the virus and died a couple of days later.

Funeral prayers for a person who died of Covid-19, in Hyderabad, Pakistan, last month. Shutterstock

This was in early May, around the time that the funerals of people who were dying of Covid-19 were being managed by the local authorities rather than relatives, because some members of the medical community believed then that the dead could infect the living. My friend’s relatives had to bribe the police to get the body, and although initially they tried to hide the cause of death, the news leaked.

“There were people coming to condole,” my friend said, “but others were coming to complain: ‘If your father had Covid, why did you let him mingle with our elders? What if he has infected us all?’”

The family denied vehemently that he had died of Covid-19. “We have lived on that street for generations. I can understand why my brothers did it.”

In Karachi, I called up a doctor to ask why people were hiding Covid-19 deaths. “People don’t want to see some dead body and the police arrive at their homes at the same time,” I was told.

Another doctor said to me: “There is fear and shame and stigma attached to death by Covid, as if you got infected by this virus by doing something immoral or filthy, rather than by touching a door knob.”

And what if nobody will come to your loved one’s funeral? What if nobody comes to condole? What if people think that because you are related to the deceased you might pass the disease on to them and their children?

It’s best to just deny what happened. Weren’t people dying before this virus anyway? What’s the harm in slightly shifting the cause of death? Even when someone dies of Covid-19 they don’t really, really die of Covid-19; they die of the complications caused by Covid-19.

And so you lie and move on. After all, 98 percent of people who get infected do survive.

The longest condolence conversation I’ve had was with a close friend of mine whose sister passed away at the beginning of the month. She had been suffering from some unknown illness and was admitted to a private hospital in Lahore.

When her condition worsened, the family was asked to take her to Services Hospital, a major government facility with a designated ward for Covid-19 patients. My friend insisted that his sister had tested negative for the coronavirus, but when they arrived at the hospital a doctor directed them to the Covid section.

“If we had let her into that ward, they wouldn’t even have given us the body,” my friend said.

Some of the myths around the virus have been propagated by the very people who were supposed to guide us through this crisis. Prime Minister Imran Khan has said that 90 percent of Covid-19 cases were like a “normal flu” and you don’t go to the hospital when you have the flu.

In early May, Asad Umar, the federal minister for planning, development and special initiatives and the man in charge of handling the coronavirus crisis, gave a briefing about how many more people in Pakistan die in traffic accidents than they do because of Covid-19 and yet, he said, “we still allow cars on roads, because their necessity is greater than the danger of those accidents.”

The prime minister’s health adviser, Zafar Mirza, said early this month that the coming monsoon season would wash away the coronavirus. “But it’s too early to tell,” he added. As the first rains fell a few days later news came that Dr. Mirza had tested positive for the virus.

In late March, during the early weeks of the pandemic’s spread in Pakistan, a telephone call between Nadeem Afzal Chan, one of the prime minister’s advisers and spokesmen, and a political lieutenant of Mr. Chan’s was leaked on social media. Mr. Chan is heard telling his aide, in rather colourful language, to forget about political campaigning, go home and stay there with his kids.

After a Punjabi invective that can’t be translated here, Mr. Chan said: “Thousands are dying, but the government is hiding it.”

Later, Mr. Chan admitted that the conversation was genuine but said he had exaggerated the facts because his lieutenant, a friend, wasn’t taking the threat seriously. “Political workers like him still want to campaign, inaugurate roads, hold rallies.”

Mr. Chan was lying to save a friend from maybe dying, and now people around me are lying because they don’t want their friends to abandon them while they bury their dead.

I called up a doctor friend who has lost two colleagues during the past month, both of them because of Covid-19. Why are people still lying about this? I asked, again.

“I am, too,” he said. “On all the death certificates I issue I write ‘cardiac pulmonary failure’ as the cause of death. That saves them the embarrassment.”

And maybe then at least some people will be around when the last spade of earth is shovelled into those graves.

Mohammed Hanif (@mohammedhanif) is the author of the novels “A Case of Exploding Mangoes,” “Our Lady of Alice Bhatti” and “Red Birds.” He is a contributing opinion writer.

Original Headline: What’s With All the Covid-Death Shaming?