Imran Khan Loves Defiance but Pakistan Can Hardly Afford It

Pakistan is in deep economic trouble and is in the IMF’s care, inflicting pain on the common man through policies of austerity. It never collected taxes efficiently and is now forced to collect through price hikes that affect the rich less but the poor more. The pain is mounting daily for the common man, raising alarm in all centres of power including the army which unprecedentedly wants Prime Minister Imran Khan to eschew moral fascism and act moderately. A majority of the observers say the year 2020 is going to be tough while the ruling Pakistan Tehreek-e-Insaf (PTI) says the economy will start responding to the new economic policy of austerity and high taxationr. 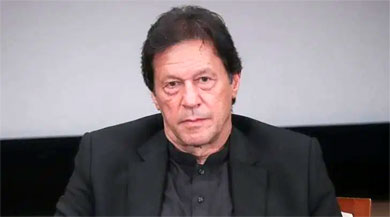 The optimists stating that the economy under Imran Khan will start getting “face-up” instead of “belly-up” economically are clearly wrong. (File)

On February 5, the Kashmir Day, Imran Khan was in PoK telling the opposition PPP government there that “India will lose Kashmir this year”. He probably assumed that the international media protest against the violation of human rights in the Valley would force India to yield the Kashmiris’ “liberation” demand to join Pakistan. Was he reading the signals right? While it is true that the world is outraged by violation of human rights, there was no clear signal in favour of “deciding” the Kashmir issue between India and Pakistan. When Pakistan objected to India revoking Article 370 last year it was not backed by its Arab friends; and no Organisation of Islamic States (OIC) was convened to back Pakistan.

The year 2020 is going to bring more grief for Pakistan from its Arab friends. PM Khan wanted to attend an Islamic conference convened by Malaysia in January after Malaysia, together with Turkey, had condemned India’s action in Kashmir. The Foreign Office advised him against it as Pakistan’s Arab patrons had seen the conference as a “divider” of the Muslim world, but he still wanted to go. He was finally prevented from his trip of defiance, but in January “after Saudi Arabia failed to convene the OIC on Kashmir”, he did go to Kuala Lumpur on a “bilateral” visit. About OIC he said: “The reason is that we have no voice and there is a total division amongst [us]. We can’t even come together as a whole on the OIC meeting on Kashmir.” Will Saudi Arabia be chastenedand reform its tendency to get chummy with India and ignore Kashmir, or will it ask for the billions it has given to ride Pakistan’s economy over the lack of dollars in the kitty? It can also send the poor-quality Pakistani manpower back to Pakistan to punish an uppity Khan.

Opinion: Nothing scares Pakistanis more than the possibility that India could succeed and Pakistan fail

Pakistan is reading the tea-leaves wrong. The Modi government despite its internal myopia has acted wisely in Pakistan’s neighbourhood. It first got cozy with Kabul to counterbalance the non-state actors Pakistan was sending into the Valley, then did something that Pakistan was not able to do: It was already close to Iran but reached out to a “modernising” Saudi Arabia and UAE without them taking offence at India’s “technology-based” relationship with Israel.

Imran Khan loves defiance but Pakistan can hardly afford it either abroad or at home. The opposition PPP and PMLN are hounded by cases of corruption against their mostly ailing leaders that the courts are reluctant to punish. A special anti-corruption agency, the National Accountability Bureau (NAB), arresting the opposition leaders and keeping them in ramshackle prisons without charging them, has not covered itself with glory.

The optimists stating that the economy under Imran Khan will start getting “face-up” instead of “belly-up” economically are clearly wrong. Most economists think the year 2020 will be the year of punishment rather than recuperation. The indecipherable religiosity of the leader, among other policy riddles, renders any positive forecast for the year 2020 almost impossible.

Original Headline: For Pakistan, 2020 could be the year of punishment