During his recent visit to Kuala Lumpur, Malaysia, Imran Khan lamented that Pakistan wasn’t getting from its ‘brothers’ in the Muslim world the support it expected over its tangled relations with neighbouring India. 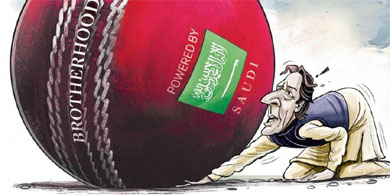 Imran had gone to Kuala Lumpur to smoothen out kinks in his equation with Malaysian PM Mahathir Mohammad, whom he’d greatly disappointed by not showing up at the Kuala Lumpur Summit last December. Imran publicly apologised to his host for not showing up at that important conclave—of which he was himself a proponent along with Mahathir and President Tayyip Erdogan of Turkey.

Imran apologised for his absence which, he acknowledged, was because of ‘misconception’ of some Muslim states who thought of the  conclave as ‘divisive’ and ‘disruptive’ of the fabled unity of the Muslim ‘Ummah’.

Imran didn’t name names of the countries that suffered from the ‘misconception’,  but he didn’t have to. An outspoken Erdogan had done that on the heels of the meeting by pointing the finger at Saudi Arabia which, according to him, had twisted Imran’s arm to not turn up at the conclave.

Imran had been harshly lambasted by a free-wheeling Pakistani news media for his pusillanimity and surrender to the Saudi diktat. But he’d kept a studied silence on the issue. So, the pundits are pondering and musing, why did he choose to break his silence now and that, too, on foreign soil? Well, for one, Imran was on friendly soil in Kuala Lumpur and knew he’d be having a receptive audience there. Mahathir, along with Erdogan, has stood stoutly by Pakistan in its ongoing tangle with India over what the Modi government has done to the disputed Valley of Kashmir. Mahathir is paying a stiff price for his support to Pakistan in the sense that India, out of pique at his temerity, has hit back by drastically reducing its import of palm oil from Malaysia.

For another, Mahathir and Erdogan together make a duo of the fiercest critics of the Saudi stance of not only not supporting what they regard as ‘Pan-Islamic’ causes and issues but also for playing a disruptive and divisive role in the ranks of the ‘Ummah.’

Imran, a novice to governance, regards Mahathir and Erdogan as his mentors and gurus in statecraft. That he chose his presence in Kuala Lumpur to make a clean breast of his disappointment for having taken his cue from Saudi Arabia in boycotting the Summit is a pointer to his and Pakistan’s growing frustration with their Arab ‘brethren’ in general, and with the Saudis in particular, for not standing with Pakistan when most needed.

Pakistan feels sorely disappointed that the Saudis have not only done precious little for them on their own but, more regrettably, have callously sabotaged all Pakistani efforts to get the Organisation of Islamic Cooperation, the highest representative body of Muslim States, actively engaged on Pakistan’s side in its tussle with India over Kashmir.

OIC, in its genesis, was supposed to lend a platform to the Ummah for collective advocacy of all issues Islamic. However, because of its headquarters in Jeddah, and because Saudi money largely bankrolls OIC, it has become—to the utter frustration of many—a Saudi handmaiden. Together with UAE, Saudi Arabia has stonewalled collective action by OIC member states where needed, for instance, on Yemen.

Ever since the Indian government revoked Kashmir’s special status, last August, Pakistan has been tilting at all windmills to have an exclusive gathering of OIC Foreign Ministers to hear its complaints on the Indian move. But it has hit a wall on every move to have the OIC on board. Last week, for instance, senior officials of OIC congregated to an prepare agenda for the 47th session of OIC FMs. Kashmir figured on it, but only for casual discussion. Pakistan was left out in the cold on its request for an exclusive session of FMs on Kashmir.

The vibrant Pakistani social media has been vocal in its condemnation of the Saudis and Emiratis for being undisguised partisans of India. They are accused of putting money before principles. Tens of billions of their dollars are invested in India, besides India being a much larger market than Pakistan for their oil.

But Imran’s hands are tied, for a variety of reasons. Saudi Arabia is not only where the two most sacred shrines of Islam are located—and Pakistan has Islam at its roots—but it’s also home to 2.5 million Pakistani expatriates. Besides, Pakistan is beholden to the Saudis for bailing them out of tight economic binds, time and again. Imran’s government is no exception.

The younger generation of Pakistanis, increasingly and unequivocally, critique the Saudis for taking the older Pakistani generation’s infatuation with them for granted. They would like to see their policy makers becoming more even-handed, say,for instance, between the Saudis and Iran—an immediate neighbour.

Imran is an icon of the younger Pakistani generation. He seems to be getting their message to get Pakistani policy on the ‘Ummah’ better keeled. Imran is playing host to Erdogan in Islamabad as these lines are written. But diluting the Saudi syndrome will be a tougher ball game.