Even for A Nascent Democracy Such As Pakistan, Detention Of The Owner-Editor Of Jang Is Tragic

The country’s most prominent media owner-editor is detained and incarcerated. The image-conscious prime minister ignores a letter from United Nations officials about the detention, which Time magazine lists among the “10 ‘Most Urgent’ Cases of Threats to Press Freedom in the Age of Coronavirus.” The media tycoon is held for over 100 days without charge; five bail hearings are postponed, and the bench assigned to hear his case is changed three times in as many months. 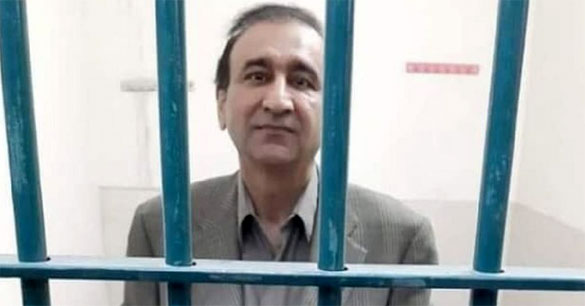 Shakilur Rahman, the owner-editor of Jang, has been arrested and remanded in custody

Even for a nascent democracy such as Pakistan, under military rule for much of its existence, the bizarre arrest and ongoing detention of Mir Shakil-ur-Rahman is novel and tragic.

The owner-editor of Jang, arguably Pakistan’s most powerful media conglomerate, was arrested on March 12. The move was so unexpected that he didn’t obtain pre-arrest bail when responding to a summons by the National Accountability Bureau office in Lahore. (I have worked with Rahman and the Jang group in various editorial capacities.) 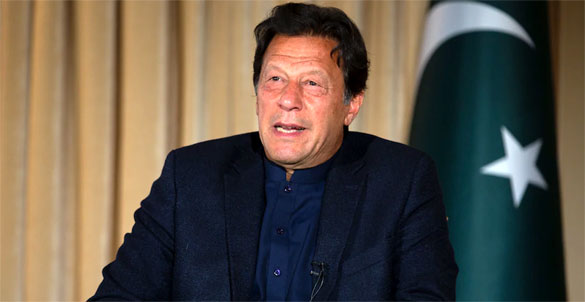 The NAB is investigating Rahman for a 34-year-old private property transaction in Lahore. Also accused is Nawaz Sharif, a thrice-elected former prime minister who allegedly bent rules to lease property to Rahman when Sharif was chief minister of Punjab in 1986.

If there was wrongdoing, the NAB should indict Rahman, say legal experts. Yet it took more than three months for the government to file charges against him. The “undue and unholy haste” of the arrest, which occurred on the same day the inquiry was authorized, violated the NAB’s own protocols, says Amjad Pervaiz, Rahman’s defense counsel.

There are also concerns about Rahman, almost 65 years old with underlying health conditions, being incarcerated during the coronavirus pandemic. Pakistan’s infection rates rose by over 500 percent in May. Even as human rights defenders and health experts around the world urge governments to release nonviolent prisoners, coronavirus cases have emerged in the facilities Rahman has been held in.

He and his media group have been under fire before. In 1998, then-Prime Minister Sharif used allegations of tax evasion to prevent Rahman from launching Pakistan’s first 24/7 television news channel (Geo TV, eventually launched in 2002, which I was also involved with). In 2014, pressure on Jang included a campaign by rival media group ARY News and other forces. Rahman filed a defamation suit against ARY in London, where a court convicted the ARY owners for slander and libel. ARY pleaded bankruptcy and paid nothing. Jang emerged with a moral victory and began rebuilding itself.

These battles are part of a long-running war for media freedom in Pakistan. In the 1980s, Gen. Muhammad Zia-ul-Haq’s military regime — supported by the United States and Saudi Arabia — imprisoned, tortured and executed political dissidents, censored the press and flogged journalists. A “democracy musical chairs” period followed Zia’s death in 1988, with four elected governments toppled before completing their tenure. Another military coup in 1999 ended that cycle. The tail end of the Pervez Musharraf dictatorship in 2007 imposed heavy media censorship, including for Jang’s Geo TV.

Prime Minister Imran Khan, an Oxford-educated former cricket hero, heads the third government since the 2008 general election. His party is more aligned with Pakistan’s powerful military than any past elected government. In fact, some analysts say that the military is de facto in charge.

The muscular nationalism in established democracies such as the United States and India finds echo in Pakistan, with Khan’s complaints about the “traitorous” media finding a sympathetic ear in President Trump.

In the current climate, authorities no longer need to withhold newsprint or issue press advisories to bring the media in line. Threats to journalists from government officials and ministers, law enforcement and the prime minister himself now ricochet virtually, echoed by online troll armies. The increased targeting of social media users, human rights and peace activists, and journalists is pushing many into self-censorship. Lately, reporters exposing the inadequacies of Pakistan’s coronavirus response and province chiefs whose policies differ from the centre are also being targeted.

Over the past 18 months, the government has cut off advertising payments to media houses that don’t toe the line. Newspaper companies face distribution disruption, and television channels have been taken abruptly off air. A youth-led human rights movement is so heavily censored that it doesn’t exist on mainstream media. Direct threats to journalists via WhatsApp calls or messages are increasing.

No one accepts responsibility for these violations. Since it is dangerous to name names, Pakistanis resort to euphemisms such as “angels” and “aliens” when airing their suspicions. Rahman’s case is just the latest example of a media environment that is becoming more dangerous and less free.

Rahman’s incarceration has drawn condemnation from lawyers, business leaders, intellectuals and human rights and media freedom groups at home and abroad. His next bail hearing is Tuesday. But even if he is released on bail, this will be a minor victory achieved at a huge cost — not only for Rahman, but also for the dwindling state of media freedom and democracy in Pakistan.

Beena Sarwar is a freelance editor and political analyst from Pakistan.

Original Headline: In Pakistan, a bizarre arrest shows how media freedom is being squeezed