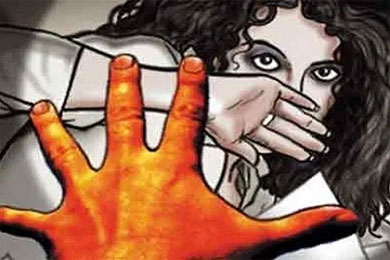 Although home may be considered as the safest place it is not the same for all, especially for those caught in an abusive relationship. The outbreak of COVID-19 has not only sparked a pandemic but the clampdown it has brought in its wake has also put forth several societal challenges including the surge in domestic violence. Domestic violence involves a pattern of psychological, physical, sexual and emotional abuse. Acts of assault, threats, humiliation and intimidation are also considered as different forms of violence.

Nevertheless, the United Nations Secretary-General Antonio Guterres has reiterated upon the governments across the world to take effective measures for preventing the acts of domestic violence amid lockdown. Although lockdown may share many success stories concerning combating COVID-19, it is taking a toll on the victims of domestic violence due to the complete disconnection from social support systems. As of now, the lockdown has badly affected the world economy as such millions of people have lost their jobs and daily wagers have been pushed to the wall. Such people are more likely to be the offenders as they could project their frustration on their women. Usually, a victim would avoid any unfavourable, violent situation by fleeing to a safe place, however, the same is not possible under the prevailing circumstances.

In India, anticipating the surge in abuse, the National Commission for Women (NCW) has already declared the situation alarming and pressed upon the government and the community, in general, for the prevention of domestic violence against women. Amidst lockdown, the menace is showing an alarming surge which is evident from the fact that around 90% of the cases registered during lockdown are related to various acts of domestic violence.  It is pertinent to mention that the NCW has recorded more than twofold rise in the acts of domestic violence. Such figures rely on the number of cases reported to the NCW, the actual number of cases would be significantly higher as amid lockdown most of the victims would have preferred not to report the abuse for it could result in a spike in torture and a loss of shelter. It is pertinent to mention that even under normal circumstances most of the victims do not turn to seek help from the concerned authorities.

According to the National Family Health Survey (2015-2016), one-third of the women population had experienced different forms of domestic violence but less than one per cent of them had sought help from the police.

One of the major factors that prevents a victim from reporting the abuse is the ignorance of the law. Most of the women of this country are usually unaware of the rights granted to them by the Constitution. The Domestic Violence Act in the Constitution of India gives the victim right to shelter; she and her kids can safely stay in their house.

Another hurdle in reporting the domestic abuse, especially during the lockdown, is the inaccessibility of women to the internet. The internet offers mighty facilitation for reporting abuse as the NCW also receives complaints both on its online portal as well as via an e-mail. As such, women don’t have to dig acres of land to reach their inch and hence, they should not miss any such opportunity to disparage the perpetrators. However, much to our dismay, only one-third of the women population of India has access to the internet and the merits of technology are elusive to the rest.  Under these circumstances, the onus lies on the civilized, technologically sophisticated community to keep an eye open for signs of domestic violence and protect the helpless individuals by both reaching out to the spot as well convincing the ignorant victims for timely reporting of the abuse. At the same time, it is a moral obligation of the victim not to turn the blind eye towards the projected torture by blaming her fate. Acceptance of any act of violence can spark a vicious cycle of abuse.

The victim should be of firm faith that in any civilized society (and in every religion) any sort of violence is totally unacceptable and the perpetrator is completely responsible. It is the need of the hour that the government agencies should adopt coercive measures against the perpetrators so that the prevailing clampdown does add to the worries of the victims. Nevertheless, the authorities at the helm of affairs should widely circulate a series of advertisements that would both warn as well as unfurl the conscience of the offenders.