Pakistan has aligned itself closely with Chinese interests, which are at odds with US/Western interests in the region and beyond. This poses serious threats to regional and global security. (File) 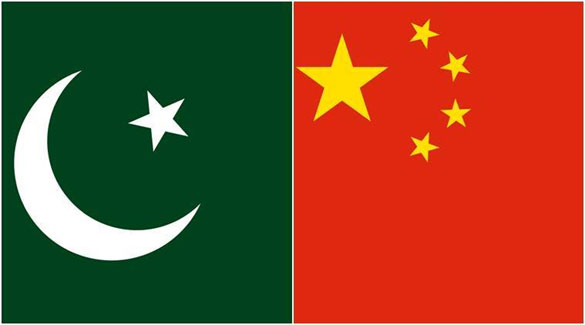 Pakistan has aligned itself closely with Chinese interests, which are at odds with US/Western interests in the region and beyond. This poses serious threats to regional and global security. (File)

Amidst manoeuvrings of disengagement along the India-China border and the mechanics of a “two front” war becoming visible, it is vital to assess the China-Pak strategic partnership that has a bearing on national security beyond military matters. Despite being a key ally in the “War on Terror”, Pakistan has aligned itself closely with Chinese interests, which are at odds with US/Western interests in the region and beyond. This poses serious threats to regional and global security.

China’s assessment of the threat from Af-Pak has not changed for decades. The joint communiqué issued at the end of July 7 China-Afghanistan-Pakistan Trilateral Strategic Dialogue states that, “The three sides agreed to continue to strengthen counter-terrorism and security cooperation, combat the East Turkistan Islamic Movement (ETIM), and all other terrorist forces and networks posing threats to our common security”. China considers any build-up of Uzbek, Tajik and Uighur terrorist/extremist entities in Central Asia and Af-Pak as a direct threat. The threat of ISIS networks to China emanates from these foreign terrorist fighters and their cells across Central Asia, Af-Pak, South East Asia and Europe.

China blames ETIM for the attacks in Xinjiang between 1990 and 2016. Hardly any domestic attacks have been reported since 2016. Historically, ETIM has been, and continues to be, a part of the al Qaeda (AQ) network, especially in Af-Pak, Central Asia and greater Sham (Greater Syria). Most terror groups in Af-Pak are part of AQ’s ideological-logistical network, including the Taliban, state-backed Pakistani groups such as AQIS, LeT, JeM, Uzbek-Tajik dominated IMU/IJU and ETIM. In this region, the AQ core has operated through local groups, selectively using its own cadres. It is part of a well-thought-out strategy of AQ for global jihad.

AQ’s top leaders and ideologues like Osama bin Laden, Ayman al Zawahiri and Yahya al-Libi have figured prominently in ETIM propaganda. In the past, Pakistani commanders like Asmatullah Muawiya have openly advocated for East Turkistan. However, leaders like Muawiya have all come “over-ground” following deals with ISI.

China has used its clout to get Afghanistan, Pakistan and Central Asian nations to crack down on suspected ETIM/Uighur networks. However, China needs a “reliable” partner for a continuous crackdown, directly or through proxies. Pakistan plays both the roles. Unsurprisingly, Taliban leaders have been visiting China since 2015. Whether or not the peace process yields peace in Afghanistan, the Taliban-AQ network would continue to pose a challenge, as the combine can prop up ETIM and Central Asian groups “at will”.

In greater Sham, there is not much evidence of any sizeable ETIM/Uighur cadres having shifted allegiance to ISIS. Thousands of ETIM cadres continue to train and fight within the AQ network in Syria — earlier as Al Nusra Front (ANF), now morphed into Hayat Tahrir al-sham (HTS) and Hurras al-Din (HaD). The AQ network in Syria is pitted against the regime backed by Russia and Iran. In the region, Turkey is the principal actor with a good degree of control and reach within the AQ network. Post-Caliphate, the AQ network has expanded its reach and strength. Of late, HTS ideologues have been praising the Taliban and Taliban social media has been showcasing the activities of the Amir of HTS, Mohammad al-Joulani.

In the past, China has accused Turkey of supporting Uighur groups, including exiles and political entities allegedly linked to ETIM. Turkey was also accused of issuing fake passports to Uighur suspects for activities in South-East Asia and East Asia. However, in recent times, the two sides have piped down.

Pakistan has already used its close connection with Turkey to gain a foothold for its proxies in the Syria-Turkey theatre on the pretext of humanitarian work. Pakistan’s direct reach and proxy networks are also useful for chasing ETIM/Uighur networks.

Thus, for China, the close support of Pakistan is necessary, not only in Af-Pak and Central Asia but also in greater Sham. The groups that challenge Pakistan, namely the TTP networks and a few Punjabi Taliban and Baloch groups are, by default, also a threat to CPEC, which China showcases as a “pilot for the BRI”. Such groups also pose a threat to the Gwadar port, which is critical for China’s global economic and military domination. Pakistan has thus gained China’s full support across regional and international fora.

While the US designated ETIM as a terrorist outfit in 2002, the US Country Report released in June mentions that “China’s CT efforts continue to focus primarily on ‘extremists’ whom Beijing ascribes to the so-called East Turkistan Islamic Movement, despite a lack of independent evidence that a group by that name is still active”. The report also said the “Chinese government has detained more than one million Uighurs, ethnic Kazakhs, and other members of Muslim minority groups in internment camps in the Xinjiang Uyghur Autonomous Region, using counterterrorism as a pretext”.

A new Cold War is building up in every theatre of conflict, riding on real or exaggerated threats of terrorism and extremism. Hostilities between the US and Iran and the China-Iran deal will strengthen it. The duplicitous role of Pakistan is going to cause further instability and violence in the region. Proxy groups may tear the Afghan Peace Process apart. The rise of China, coupled with its near-natural counter-terrorism alignment with Pakistan, has enhanced threats to Indian interests in the region and beyond.