New book portrays struggles of people “a lot like us”

Although his family left Iran for Toronto when he was 12, Ali Delforoush retains an intimate connection to his native country and to a people he believes are largely misunderstood. Visiting friends and relatives in Tehran for a month in 2008, Delforoush (LAW’13) began interviewing Iranians about the hardships and contradictions of life in the Islamic Republic. Their stories—of arrests, torture, addiction—were so powerful that Delforoush broadened the project to include 420 interviews over three years. He has published The Iranian Chronicles: Unveiling the Dark Truths of the Islamic Republic(iUniverse, 2012), a book in which he uses composites of these interviews to “humanize” those living under the repressive postrevolutionary regime, people whose interests and passions are strikingly similar to those of Americans. 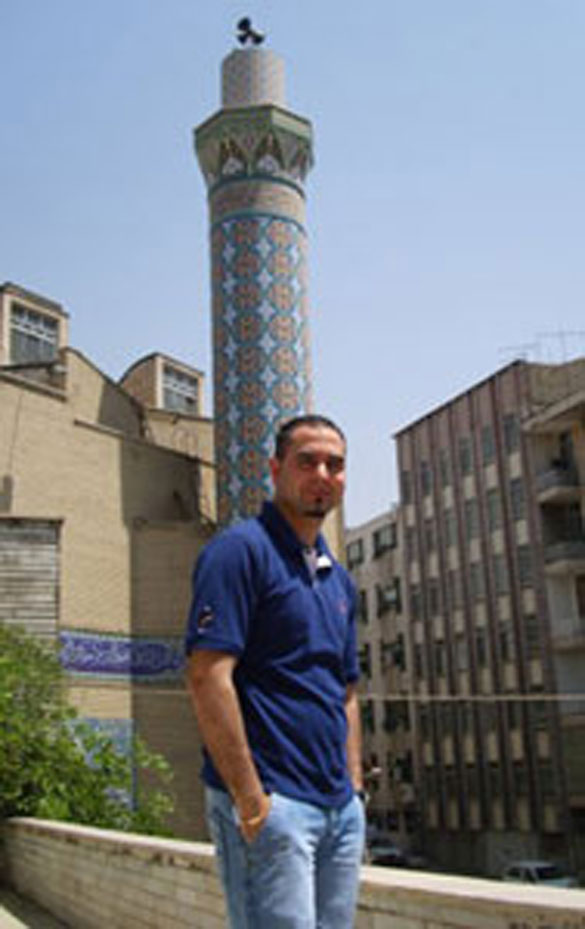 The book has drawn positive attention and interest, but it also has likely branded Delforoush as a dissident who would face arrest if he returns to Iran. A strong proponent of secular democracy, Delforoush has taken aim at what he calls the “ludicrous” Iranian president, Mahmoud Ahmadinejad, in the Huffington Post. In his column, which ran during the Persian New Year in March 2010, Delforoush offered a frank explanation for his activism: “What I am is an Iranian forced to leave his country and, like millions of others both inside Iran and outside, I have had enough of this incompetence that is the Islamic republic.”

BU Today recently spoke with Delforoush about his book and the current political climate in Iran at Brookline’s Persian restaurant Khayyam.

BU Today: Why did you begin to collect stories of Iran and its people?

Delforoush: Curiosity. I did political science in school. And my father always encouraged me. He put me in touch with sources, individuals I could interview. At first I was very curious about certain topics, not the grander scheme. How and why do prostitution and narcotic use thrive in Iran, an Islamic zero-tolerance country? At first I interviewed friends of friends who were involved in prostitution or narcotic use, to get a perspective of why that is.

What inspired you to broaden your subject matter?

I began with 28 face-to-face interviews with people who then put me in touch with other people. And my first question was, how do you describe the state of life in Iran? The overwhelming answer was, it’s very chaotic. Things are incredibly harsh. My next question was, why? And people would talk about poor policy, lack of infrastructure, poor planning. This is a year before the 2009 election, during the first term of Ahmadinejad.

What misconceptions about Iran would you like to correct?

Something that really surprised me during my 2008 visit was how Americanized life in Iran is. Part of the reason I decided to write this book was to bring to light for Western audiences that Iranians are in fact pro-Western. They’re not as fundamentalist as certain Arabic countries, and they are actually very much in love with the pop culture that America, and to some extent Canada, oozes. If Americans were to go to an Iranian’s house, they would realize it is not that different from someone’s house in the United States or Canada. Also, a lot of people tend to think Iranians are Arabs. Iranians are very passionate about our culture and like to remind people that our culture existed before the Muslim invasion of 700, and our language is different.

Did you witness any blatant anti-American sentiment when you were there?

I also want to show that the level of fundamentalism we see in other countries, especially that which rose up after September 11, 2001, doesn’t really exist in Iran. This notion of flag burning and anti-U.S. hysteria is not to that extent visible in Iran, even in Tehran. That’s something I wanted to bring out: that life on a daily basis is not anywhere near the way Fox News would interpret it.

You write about the many ways Iranians must obey the regime in public, but live more like Westerners in private. Are people just resigned to this double life?

I think Iranians have gotten used to this idea of coming to terms with the oppression of the state at some level. In 2009 you saw the dissent starting to burst out, saw people come out on the street and chant, but due to the iron fist of the state they have to live by the codes of the regime. This is a very oppressive regime that will jail, torture, and execute dissidents. But once people are in their private settings, they live life to the fullest, as full as can be under a dictatorship. 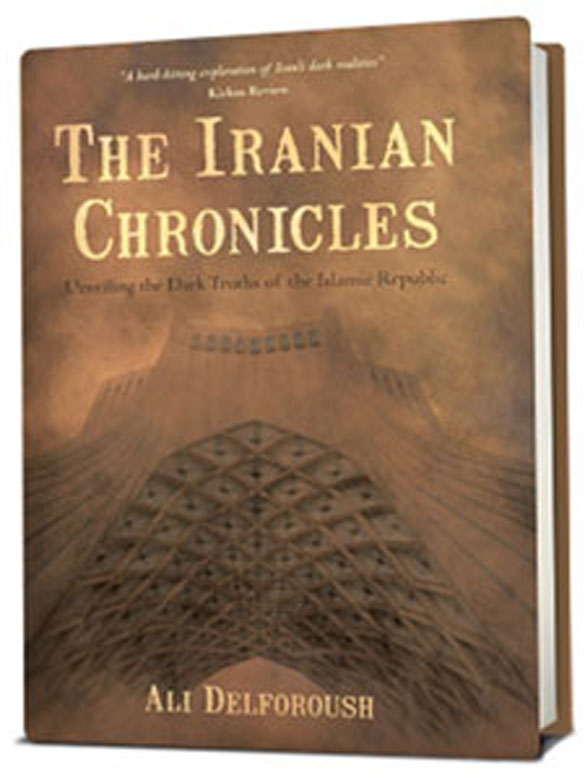 Do you have a sense of how pervasive opposition to the regime is?

The percentage of people against the regime is very large. Whether they are participants, I can’t put a percentage on that, but everyone I spoke to was opposed to the regime on all levels or some level. Iranians are being extremely pushed, especially with sanctions. While the Ahmadinejad government has been the richest in Iranian history based on sale of petroleum alone, the country is facing 25 to 50 percent inflation, the biggest brain drain ever, and unemployment is skyrocketing. So either people will leave or decide to voice their disenchantment. The breaking point is close, in my opinion.

One of the most powerful stories in the book is that of a gay man.

Yes. That was a difficult story to get. As I mention in the book, there were only four people who were willing to speak about being gay. Two of them were married (to women). In Iran, not only is homosexuality viewed as a sickness, it is forbidden and punishable by imprisonment, corporal punishment, or even execution. This is in spite of the fact that homosexuality has been a pretty mainstream concept in Persian society for centuries.

Was there a story that had a particularly powerful effect on you?

The story of Nahid, this fragile university student who represents so much hope. She’s the lifeline of the future. I interviewed her via webcam. She asked to see me at first to make sure I’m not an intelligence worker for the Islamic republic. Toward the end, she showed me her face. She was so brave. Before seeing her I thought she was a lioness, but when I actually got to see her, she was so petite. She had been tortured. It was so sad that this is what the state is doing to its best minds.

How many of your subjects were in Iran at the time of their interviews?

With the exception of the strong dissidents, everyone I spoke to was there. People similar to Nahid, people who went to prison due to their activities in 2009, those interviews were outside of Iran, so it was a very small percentage. But a lot of the individuals I spoke to wanted to leave Iran due to economic and social issues.

How do you feel about Western press coverage of the Iranian opposition?

Unfortunately, because of the regime’s limited access to the Western press, and because the regime tells them where to go and who they can talk to, they wouldn’t have access to prisons or access to families who have people in these prisons. My opinion on Western media is a love and hate relationship. I like the fact that they do cover Iran, but not that they bundle Iranians under the Islamic republic. Because I don’t believe this is a regime that speaks for the people; it speaks for some upper echelons of the ruling party.

Your stories include a lot of detail about the disciplinary forces. Why are they so effective at instilling fear and paranoia?

Islamic republic intelligence is very crafty and cunning and able to root out dissident individuals, who spend time in solitary confinement or are executed and left in a mass grave. It is a small minority that’s brutalizing the population, but at the same time this minority is very vocal. They do public executions, public lashings, raiding parties, and hold mass televised interrogations.

What about internet censorship?

They’re very good at it, but Iranians are very internet-savvy. They come up with filter breakers. But censorship is one of the biggest issues Iranians face. Almost every facet of the internet is censored for being immoral or anti-Muslim. News agencies, Facebook, Twitter, BBC, CNN, and Voice of America are all filtered, and it’s a shame. 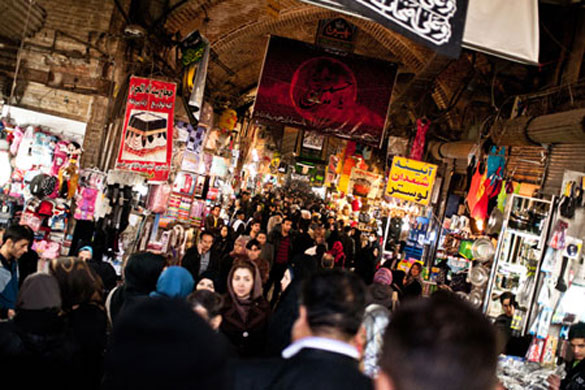 Yet Iranians know so much about us.

Iranians are very interested in the American way of life. When I went back in 2008, I found out that my cousin is a drummer and is into heavy metal. He’s a big listener of Metallica and Rage Against the Machine. He’s got Eminem posters. He knows all the popular music of the day. They do access satellite television as much as they can. There is such a strong cultural connection with the United States and Canada. Part of the reason Iranians want an open dialogue with the West is so many Iranians have relatives in the West.

Is there any chance of real change within the existing system?

I believe in a secular government with church and state not under the same rule. I’d like to see a democratic Iran that includes a strong parliamentary system with checks and balances. At the same time, this system can change internally. The grand ayatollah can give more powers to, say, the office of the presidency and start to demand accountability and protection of human rights. I’m all for more accountability from the mullahs, the upper echelons of the regime, but for lack of a better term, there has to be revolution for real positive change to take place in Iran.

What do Iranians think about all the saber rattling on the nuclear issue?

A lot of people I spoke to say, ‘We are so much consumed with trying to keep a roof over our heads and food in our stomachs, we don’t give a damn about this nuclear energy. It’s causing a lot of pain and it could cost us our lives.’

How do the people you spoke with feel about the shah?

Iranians revolted against the shah because the monarchy perpetuated a great divide between the rich and poor, and did violate human rights as much as the mullahs. And at the end of the day Iranians don’t want any form of monarchy to return. Right now we have a theocratic regime, and that is autocratic; they don’t want that either. But many Iranians do think that under the shah, things were somewhat better, even though they don’t want to go back to those days. But those who have lived under both regimes note that women had rights under the shah, and women are second-class citizens now.

Do you want your book to leave people with some hope for Iran’s future?

My whole goal is to show that life is difficult and sad in Iran. But there is hope, and we saw hope in the form of the 2009 demonstrations. You saw all these bright young men and women standing shoulder to shoulder, demanding a better government and a better future. That for me was a great example of hope—that one day there will be democracy, human rights, women’s rights, homosexual rights, and minority rights in Iran. I want people to understand the nuances of oppression, but I also want people to be more sympathetic to this population, to understand that these people are being harmed, but they have incredible spirit and they’re not that different from anyone living here.

Is it safe for you to visit Iran, now that your book has been published?

It wouldn’t be wise for me to travel in Iran. The book is fairly dissident. I reported on human rights violations, especially after the 2009 election. You can’t give up your Iranian citizenship, so I would not be granted any immunity. I would be persecuted for crimes against the state, which has consequences all the way up to execution.