Muslim Women Are Not Always Victims, They're Fighters' 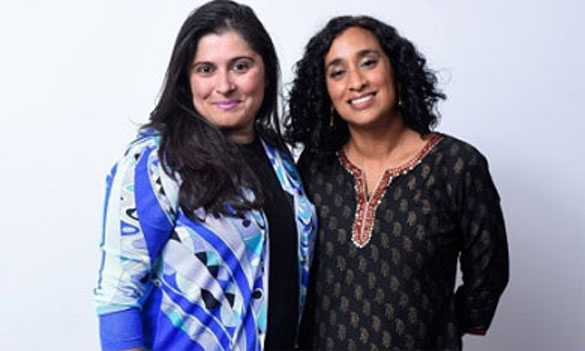 Few people are as simultaneously despised and pitied as Muslim women. Largely relegated to both helpless victim and existential threat, their voices are muffled by a western media and public that treats their lives and bodies as blank canvases onto which others are free to paint their fears and suspicions.

In their new documentary, A Journey of a Thousand Miles: Peacekeepers, Oscar-winning Pakistani filmmaker Sharmeen Obaid-Chinoy and Indian-American co-director Geeta Gandbhir, cut through prevailing myths and stereotypes. The feature-length documentary follows an all-female Bangladeshi police unit who leave behind their husbands and children as they head to post-earthquake Haiti on a 12-month mission for the United Nations.

The directors, in town for the Sydney Film Festival, became aware of all-female peacekeeping units when Gandbhir came across a newspaper article on Indian women deployed to Liberia. "My family is originally from India," she told me. "And I've really never heard this before. The coverage you see about women from our part of the world, it tends to be one-sided, so you don't hear a lot about women doing these things that defy the stereotypes."

Intrigued, Gandbhir, herself an Emmy-award winner, approached Obaid-Chinoy and that's when they discovered the Bangaledeshi units. "That became even more interesting," Singh explains. "Because Bangladesh is a predominantly Muslim country, and… you know, you don't hear their voices at all."

Shot over the space of a year, Peacekeepers centres on four of the policewomen as they enter this unchartered territory. "I want audiences to understand that Muslim women are capable of doing so much (more) than what the media portrays them as being able to do," says Obaid-Chinoy.

"They are not always victims. They're fighters. They… really do have a fate but that fate does not define everything in their lives."

The myth-busting begins long before the women set foot on Haiti. In one of the film's most moving scenes, the women board their bus to the airport. Amidst teary farewells, the departing mothers hand over the bewildered children to the husbands they are leaving behind.

"For me (this) is the most poignant scene." Obaid-Chinoy states. "You often see in war movies - whether it's Hollywood or any cinema - you see the men going off. To see the role reversal, especially in a country like Bangladesh, for me, that's the most liberating thing about the film."

The filmmakers hope that all women will see something of themselves in the Bangladeshi cast. "I want audiences (to) strip away the colour, the geography, the religion, the culture, and just see these women as mothers who are faced with the same type of choices that mothers in the audiences are," Obaid-Chinoy says.

"Should I leave my four-year-old toddler to earn more money for the family? What is it like to be far away from your family (and) husband? We want audiences to see these as family events, as husbands and wives that are making some of the same decisions that husbands and wives are making all over the world."

Appealing to the universal by focusing on the intensely personal is something of a theme in Obaid-Chinoy's work. Also screening at the festival is her Academy-Award winning short documentary A Girl In The River: The Price of Forgiveness, which tells the remarkable story of nineteen-year-old Saba Qaiser.

Shot in the head and dumped in a river by her own uncle and father, Saba embarks on a determined quest for justice, only to meet with relentless pressure from a society coercing her to "forgive" her attackers. Pakistan's forgiveness law allows perpetrators of honour crimes to walk away from prison if the family of their victim (or in this rare case, the survivor herself), is willing to forgive their crime.

But, says Obaid-Chinoy, A Girl in the River is no meditation on the disempowerment of women in rural Pakistan.

"For me, Saba is a hero," she tells me. "Because she chose to speak out. Because despite all of the system stacked against her, the fact that she is illiterate, the fact that she comes from a family where women never speak out, she (still) chose to tell her story and she did it in a manner that resonated with so many people."

In that respect, Obaid-Chinoy insists, Saba is "just as strong as the Bangladeshi women."

And while western audiences may not think they could have much in common with a woman like Saba, ultimately, says Obaid-Chinoy, the film is about "how society pressures women to succumb to what the status quo is. And it's very emblematic of women in any part of the world.

Saba's decision to speak left such a huge impression on Pakistan, the prime minister vowed to crack down on honour killings by introducing legislation to overturn the forgiveness law. "The religious political parties have put up a fight against it," Obaid-Chinoy explains, "but I believe it is coming back into parliament in the next couple of weeks."

And that is the power of film; to create a dialogue and ignite the fires of change, with much of the responsibility for this change falling firmly on to the audience. "I think with social justice films, there is an ask of an audience," agrees Gandbhir. "A call to action. And I think people respond best to a story that allows them to walk in the shoes of someone else and that's what we strive to do."

Both directors have a history of making films that demand social change. Obaid-Chinoy netted her first Oscar for a short documentary on acid attacks, Saving Face, while Gandbhir cut her teeth editing films for Spike Lee before embarking on a series on race relations in the United States.

Not that either woman is letting her considerable achievements go to her head. "None of us are magicians," cautions Obaid-Chinoy. "We are filmmakers and our job is to spark discussion and to get people to think about issues from a different perspective."