It's Not About the Burqa: Muslim Women on Faith, Feminism, Sexuality and Race 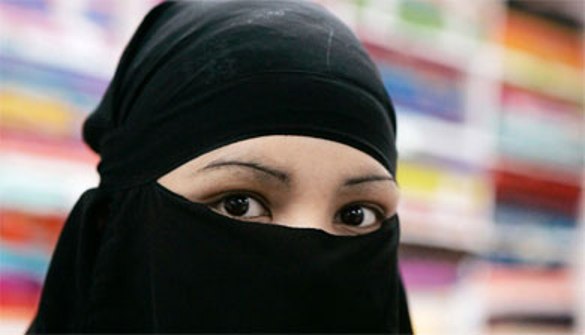 It's Not about the Burqa is published by Picador CREDIT: REUTERS

"In January 2016… David Cameron said he considered Muslim women to be traditionally submissive. The response to his comments was anything but.” With these opening lines, It’s Not About the Burqa, a series of essays by Muslim women, edited by the activist Mariam Khan, sets itself up to depart from the stereotype of submission. Its aim – to allow Muslim women to speak, rather than be spoken for – is worthy, and a book that uproots the mainstream narrative of subjugated Muslim women is certainly long overdue. Sadly, this is not it.

Its authors largely consist of liberal-minded activists in their 20s and 30s, eager to affirm that Muslim women are victims first and foremost. They voice their complaints in the tepid language of “wokeness”. Muslim women here suffer from the negative effects of “othering”, as well as from the evils of “toxic masculinity” and “the dictates of the patriarchy”. Nafisa Bakkar, for instance, explains in her essay that “the othering of Muslims” has to do with “the default man”. This man – “white, middle-class, heterosexual and usually middle-aged” – is “the reference point from which all other values and cultures are judged”.

Other essays take aim at “white feminism”. Khan felt let down when Caitlin Moran tweeted that she “literally couldn’t give a s---” about the poor representation of people of colour in a TV series. She “realised that this entire sisterhood of feminists… wasn’t as committed to me as I was to it”.

Muslim communities also take flak for their patriarchal values – but there’s a twist. Khan assures us that Islam isn’t the reason Muslim women are oppressed. The real problem lies with patriarchal “cultural interpretations of (the) faith”. Almost all of the authors take up the message in emphatic chorus.

Saima Mir laments that “whilst Islam gives a woman the right to choose her partner and the right to leave him, Pakistani culture… does not”. (Mir herself married as she chose – but says people gossiped when she divorced her first two husbands.) Sufiya Ahmed’s supportive father gave her a book about the Prophet Muhammad’s first wife – a wealthy merchant named Khadija. It taught Ahmed that “God does not promote gender inequality”. But she tuts that “stories of boys being valued over girls is nothing new in South Asia” – the culprit is “patriarchal Asian culture”. Muslim women, it seems, really are traditionally submissive. The shackles are simply cultural rather than religious.

The tone is often as sermonising and self-righteous as that of any traditional imam. “You must challenge your community,” Mona Eltahawy insists. Only then can any Muslim women hope to bring about the much needed “social and sexual revolutions” that Eltahawy congratulates herself on embodying. The authors often have a point. Many Muslim women in Britain do face reproach and marginalisation, both within their diaspora communities and in wider British society. Amna Saleem – better known as ­­@aglasgowgirl on Twitter – speaks of being “stuck between two sets of people who try to use us as pawns, then get angry when we don’t oblige”.

But no one is purely a victim. What of the traditional strength of Muslim women? Coco Khan’s comical essay suggests the likely reaction of many Muslim mothers and grandmothers to the idea that they’ve been shackled by anything. Khan’s mum rolls her eyes when her daughter argues that patriarchal values stopped her cousin, Afia, from pursuing a dream of dancing. “It’s always men versus women with you.” It turns out Afia’s mum, rather than her dad, put an end to the dancing. Khan pushes back, insisting that women too “can be instruments of the patriarchy… Maybe they believe it themselves. I don’t know,” she concludes. “No, you don’t,” her mother replies. “You really don’t.”

For the most part, though, the book overlooks the strength of conservative Muslim women, as well as the matriarchal aspects of South Asian and Arab culture. Salma El-Wardany demands a female Koran translation to advance liberal Islamic scholarship, seemingly unaware that the popular Sahih International translation was produced by women – it just happens to be strikingly conservative. El-Wardany also tells us that Muslim women’s stories about sex “all have a common thread of shame”, thanks to “cultural distortions” that hamper “conversations about female pleasure”. This will come as news to members of the all-female Islamic law class I once attended, where South Asian aunties swapped tips for marital hedonism that would make your hair curl.

The book, then, is a missed opportunity. But a handful of essays shine through, which tell stories rather than issuing sermons. Afshan D’souza-Lodhi describes the joys and hardships of wearing hijab as a bisexual woman. Nadine Aisha Jassat shares tales of her grandmother’s and great-aunt’s adventures in their native Zimbabwe, which helped her “to understand Islam” as well as her cultural “heritage and roots”. Jassat tells us “Ma” and “Aunt” were “cheeky and superstitious and complex, but above all they were brave”.

“These,” she concludes, “were two women I could get behind.” I couldn’t agree more.