Sufism Is Embedded in The Islamic Narrative: Any Attempt to Divorce It from Its Rules Will Lead to Something That Is Abhorrent to Islam As Well As Sufism

Sufism has now attained the status of a parallel religion in Islam. The interest in Sufi studies among the western academia has started long before 9/11. The renewed interest in Sufism has been a result of the deadly 9/11 attacks and U.S state patronizing it. So many joined the bandwagon of this state sponsored discourse of promulgating and promoting Sufi Islam and constructing it as some kind of monolith. Sufi Islam as espoused by this narrative is supposed to be replacement or alternative to violent Islam. Much emphasis is laid out for the promotion of Sufi Islam, without understanding the intricacies of the discourse. 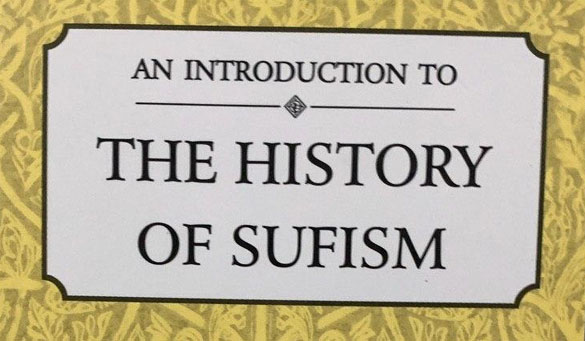 An Introduction to The History of Sufism

Sufism is embedded in the Islamic narrative and discourse. Any attempt to divorce it from its rules will certainly lead to something that is abhorrent to Islam as well as Sufism. Every religion has a strand of mysticism; these mystical practices are born over different periods of time. Construction of Sufism as something mystical has its own limitations because many Sufis although influenced by the pagan, polytheistic and pantheistic beliefs still the roots of Sufism remain embedded in Islam only. Islam uses the term Tasawwuf instead of Sufism to describe what many muslim mystics have termed as Sufism as a path that is chosen to attain salvation. Sufism as it stands today certainly has many beliefs that maybe described as antagonistic to Islam. Further many scholars have stated that Sufism has manufactured its own philosophy that mostly is not synchronous with the tenets and beliefs of Islam.

Confining the debates about the philosophy of Sufism to academic circles appears pragmatic given the confusion the masses are baffled with at present. But the contemporary relevance and practical utility of Sufism certainly cannot be denied. Arthur J Arberry, a prolific writer and authority on the Sufism in West in this book acquaints us with the history of Sufism, particularly the interest of Orientalists in Sufism. It is a compilation of his three lectures and writing done during the tumultuous period of second world war. Although due to the ongoing war it was not possible for Prof. Arberry to deliver these lectures. Despite an elapse of more than seven decades, the academic merit of the book renders it immortal, hence indispensable for everyone interested in development and evolution of Sufism. The introduction of the book is written by Hassan Suhrawardy.

These lectures that are transcribed and written by Prof Arberry deal with a general history of Sufism and particular development of Sufi studies in West and how the Sufi texts and poetry were translated and orientalists engaged with it. Orientalists like E.G Browne, Goldziher, Massignon and others helped in the development of interest of western academia in Sufism. It is due to the pioneering work of these orientalists that has led the western educational institutions to study the Sufism and Islam.

Arberry has engaged with the different theories regarding the evolution, development and influence of Sufism among Muslims. He has tried to make the reader understand the influence of Islam on Sufism, that certainly is the primarily and main one. Christian practices and their influence too has been a reality when it comes to Sufism. Arberry very well observes that, “Sufism was influenced in its earliest period by Christian mysticism and that all other Western influences-Neoplatonist, Neopythagorean, Hermetic, and Gnostic-impinged on early Islam through this medium. (P-94-95).

Constructing and Manufacturing Sufism just as an offshoot of Islam is correct with variegated limitations, as it has certainly been influenced by other traditions, faiths and social milieu. It is not the case with Sufism only but Islam as such also inculcated many local influences. So we are acquainted with various forms of lived realities. So constructing Islam as a monolith is a flawed approach that should be desisted. Similar is the case with Sufism, it also rebels against the idea of being constructed as a monolith. Sufism both in theory and practice belies homogeneity. In its practical form it is an experience and every person has unique experience. So experiences certainly cannot be constructed in a similar fashion, hence Sufism and Sufi experience to each person will mean something different and exclusive.

Many debates around Sufism that are articulated today like it being absolutely pacifist have not been engaged by the learned author. But certainly, this book is indispensable for every serious student who intends to understand the development of Sufism in Islam as well as its spread and how western academia and orientalists became interested in something that is deeply traditional, religious and Islamic. The book has a historical value although most of its debates are academic but it has the power to evoke the interest of every reader. The publisher Jay Kay books one of the oldest and reputed publishing houses of the Kashmir valley needs to be appreciated for republishing this important work and making it accessible to the readers.